When we posted Peter Zigich's first design thoughts on a new MacPro last year, we didn't realise how popular the article would be. He's back with round two of possible design thoughts and this time there is something new at the core.

Our first article on possible new MacPro designs based on a modular concept sparked off quite a debate. The second round of thoughts from Peter Zigich this time is based on the idea that Apple might switch to using power efficient ARM chips.

All speculation of course, but one thing we do know is that Tim Cook has committed to building a new pro machine. Let's hope that at WWDC or earlier, we will be treated to a new form factor MacPro rising up from the dry ice.

In the meantime we will let Peter continue with his thoughts...

There's been a lot of talk of Apple ditching Intel for ARM.
ARM Advantages:

What does it mean? 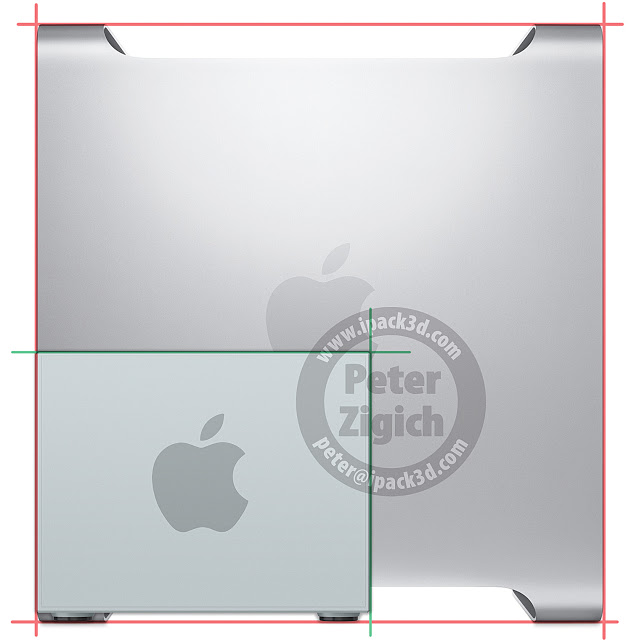 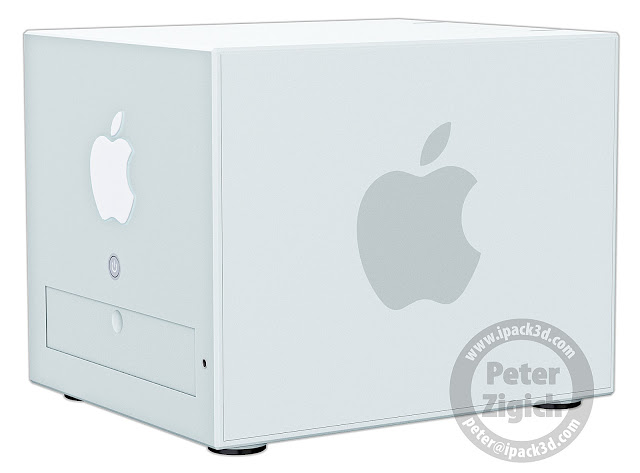 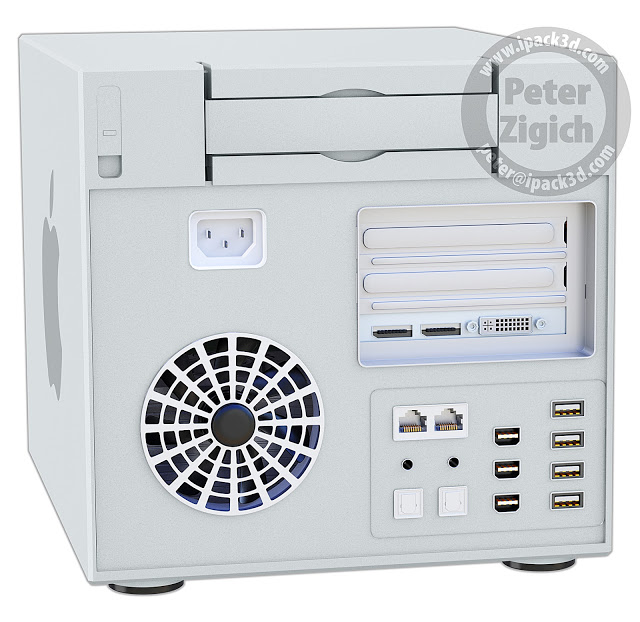 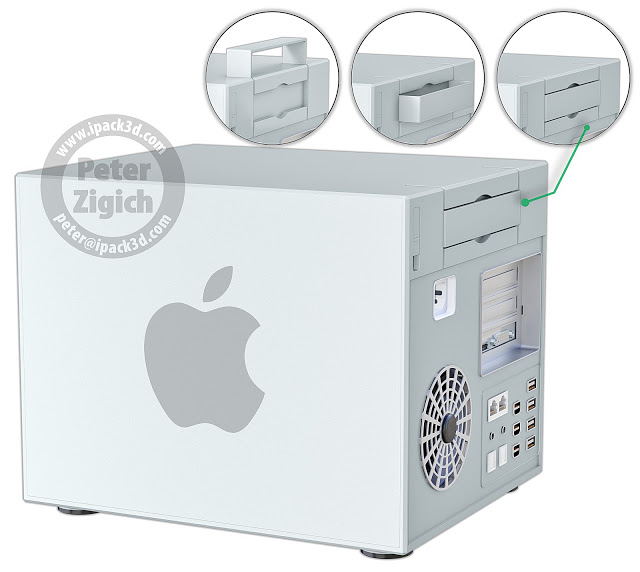 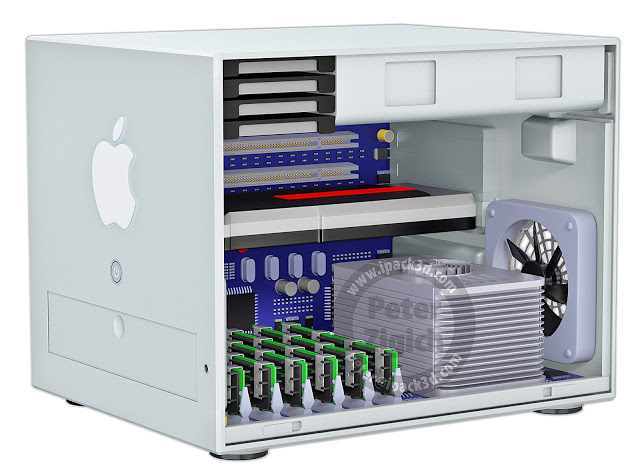 2 CPUs on a Daughterboard Card.
Each Processor has 4 cores for a total 8 cores per Card.
4 Cards for a maximum of 8 CPUs (32 Cores). 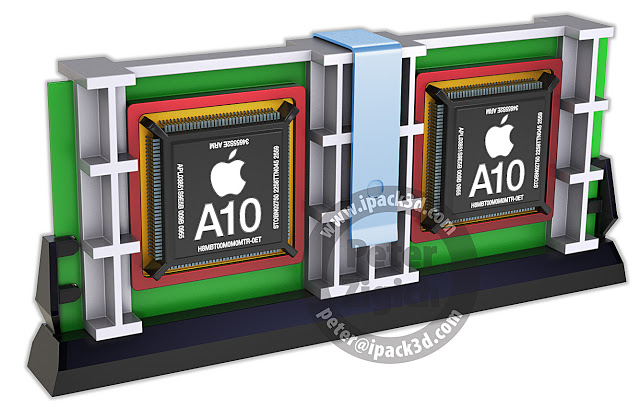 CPU Daughterboard Card
2 Processors on Card 4 Cores each. Total of 8 Cores per Card 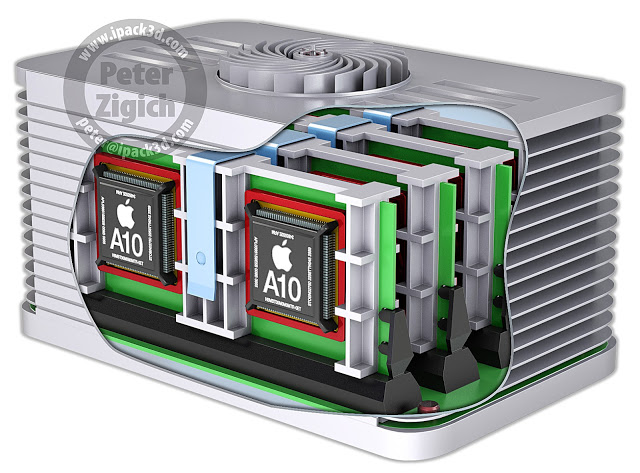 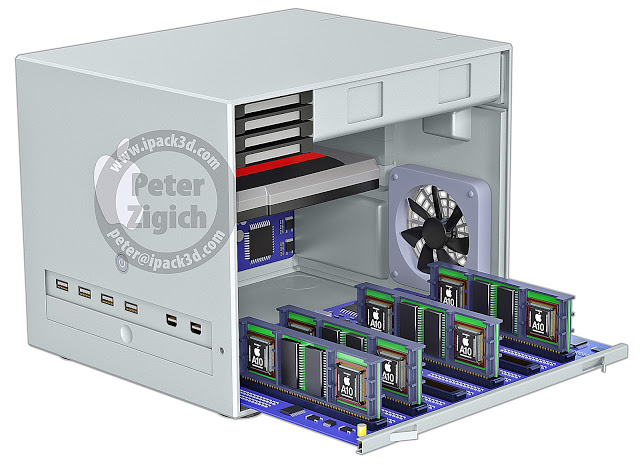 How about Intel Inside? 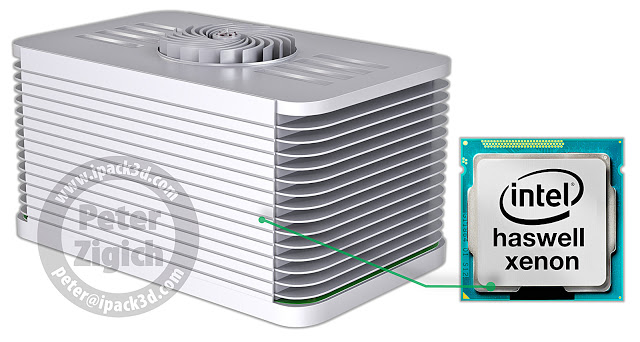 It's impossible to ignore Intel. They are working on energy efficient CPUs.
Is it possible to put Haswell or Broadwell Xenons in such a small enclosure?
Liquid cooling, maybe. Intel will do their best to keep Apple happy.

Second Version of CPU Daughterboard Card
2 CPUs on Card (4 Cores each) with 16GB embedded RAM. Total of 8 Cores per Card 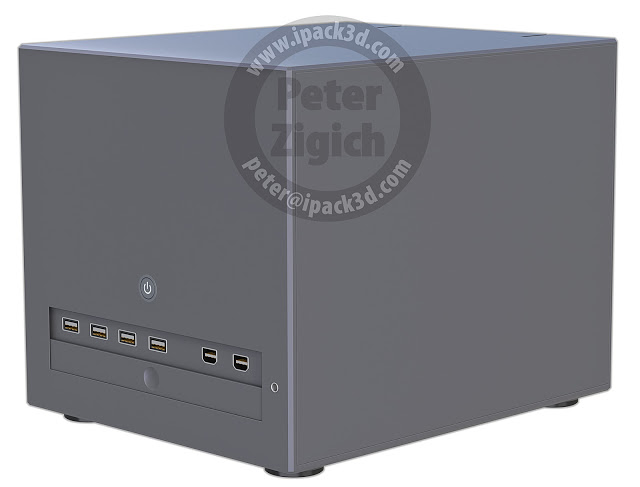 If Apple creates custom GPU (shorter, less heat), enclosure dimensions could shrink even more.
MacPro Cube with a footprint of a Mac Mini.  200mm x 200mm x 200mm Cube.
This will be ideal "Made in USA" Apple Computer. 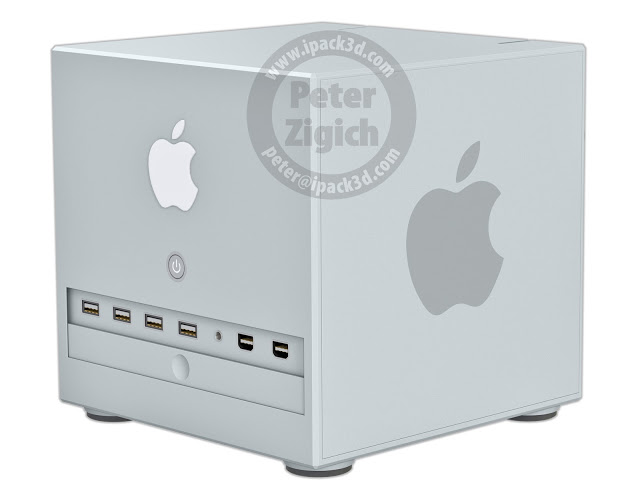 Apple Mac Pro Cube
with custom (smaller) GPU, 200mm Cube
Some interesting food for thought from Peter, let's hope that the new MacPro isn't far away. Many thanks to him for supplying us with the ideas & images.