Archiving. We have said it before, it is not the most sexy of subjects in TV production, but it is one of the most necessary. You don't realise how valuable a file is until you haven't got it!

mLogic has announced that their Thunderbolt equipped LTO-6 mTape is now shipping. Priced at $3,599 it brings LTO tape backup via Thunderbolt without having to have a SAS Interface. That makes it perfect for the new Mac Pro. We came across the mTape last year and although the colour has changed, the size, connectivity and performance are the same. It is the first tape drive system to receive Thunderbolt certification from Apple and Intel. 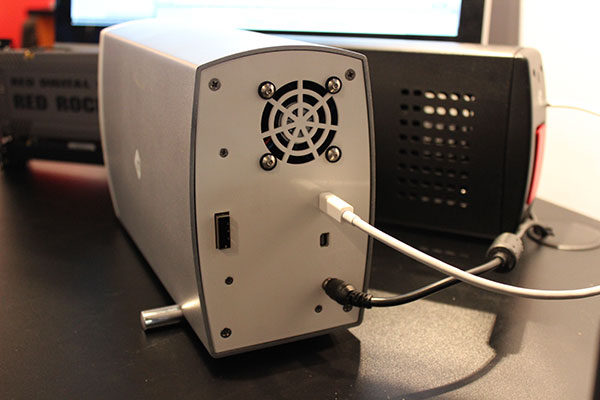 “We are thrilled to announce that our mTape LTO-6 system has received Thunderbolt certification and is now shipping to customers”, said Roger Mabon, CEO of mLogic. “mTape is the first LTO-6 tape drive to feature Thunderbolt connectivity and is the ideal backup and archiving solution for users of laptops, all-in-one computers and the new Mac Pro.  LTO tape offers the lowest cost per TB of any storage medium and more importantly has an archival life of 30 plus years - significantly longer than external hard drives sitting on a shelf.  mTape is an affordable and easy to use tool that solves the challenges of long-term archiving of digital assets.”

Although the cost of the box might initially seem expensive, archiving a lot of data will be less expensive than buying multiple Thunderbolt drives. You'll also not have to worry about spinning up a RAID on a regular basis or replacing duff drives in a set. mTape can work like a drive, which means you can drag-and-drop files for ease, but the write and recall speeds will obviously be a lot, lot longer. No indication from their website if mTape is a Thunderbolt 2 device.