Protecting your new Mac Pro with the Opro Station

Probably the first of many, Opro Station is a stylish cage designed to protect your Mac Pro and more importantly stop somebody from making off with it!

As you might have gathered from our hands on test of the new Mac Pro, the absence of a security slot gets us slightly worried. Then again, this is being typed out on a Retina MacBook Pro which also doesn't have any way to anchor the machine down to something heavy.

We have been sent the first press release from Opro Station with pictures of their latest product that wraps the new Mac Pro up in cage. 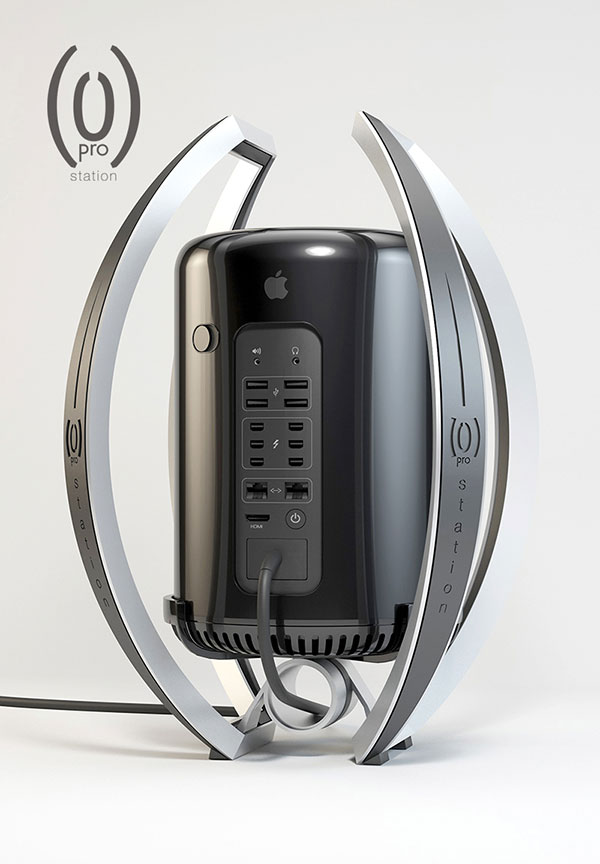 "Our idea was born after evaluation of usability, security and expansion of the New Mac Pro

Evaluated the new apple machine as a revolutionary object and intended to attack the professional market and felt the need to optimize its use, by creating something that would give more character and smooth out some of the features.

Being small in size, we thought we'd give it a perfect accommodation, thus creating a protective shell that determines the security and portability to be updated more ordered and compact, with an improvement in the management of power cables and accessories as well as a convenient expansion hardware.

Opro is a station moving round the mac pro, designed to give more flexibility and compactness thus boosting the role of workstations."

No word on price, but the unit will be available in March. 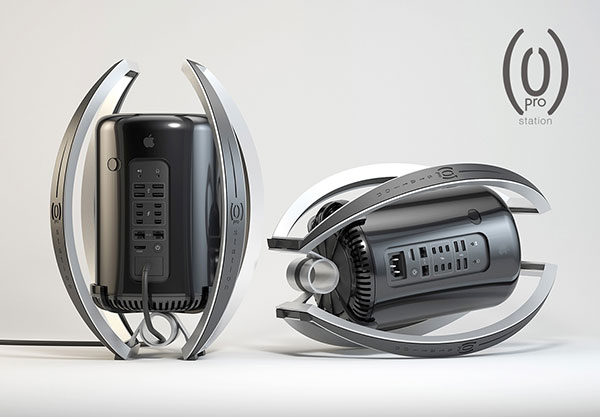 And if by magic, another Mac Pro mount has appeared, this time it's called ModeMount. No more details apart from it looks like the designers are making ModeMount a KickStarter project.

One note here, over the weekend we got the Mac Pro really hot, the case at the top was just about bearable to touch and there was a lot of very warm air coming out of the top. We had got the machine doing a two hour long format conversion. Thus, we would not recommend you put the machines perpendicular to each other as shown in this rather poor Photoshop mockup, Apple recommends unrestricted airflow. Not to mention that the bottom band is actually covering over the air intake! 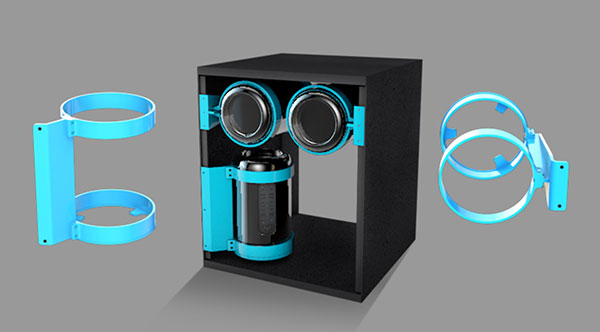