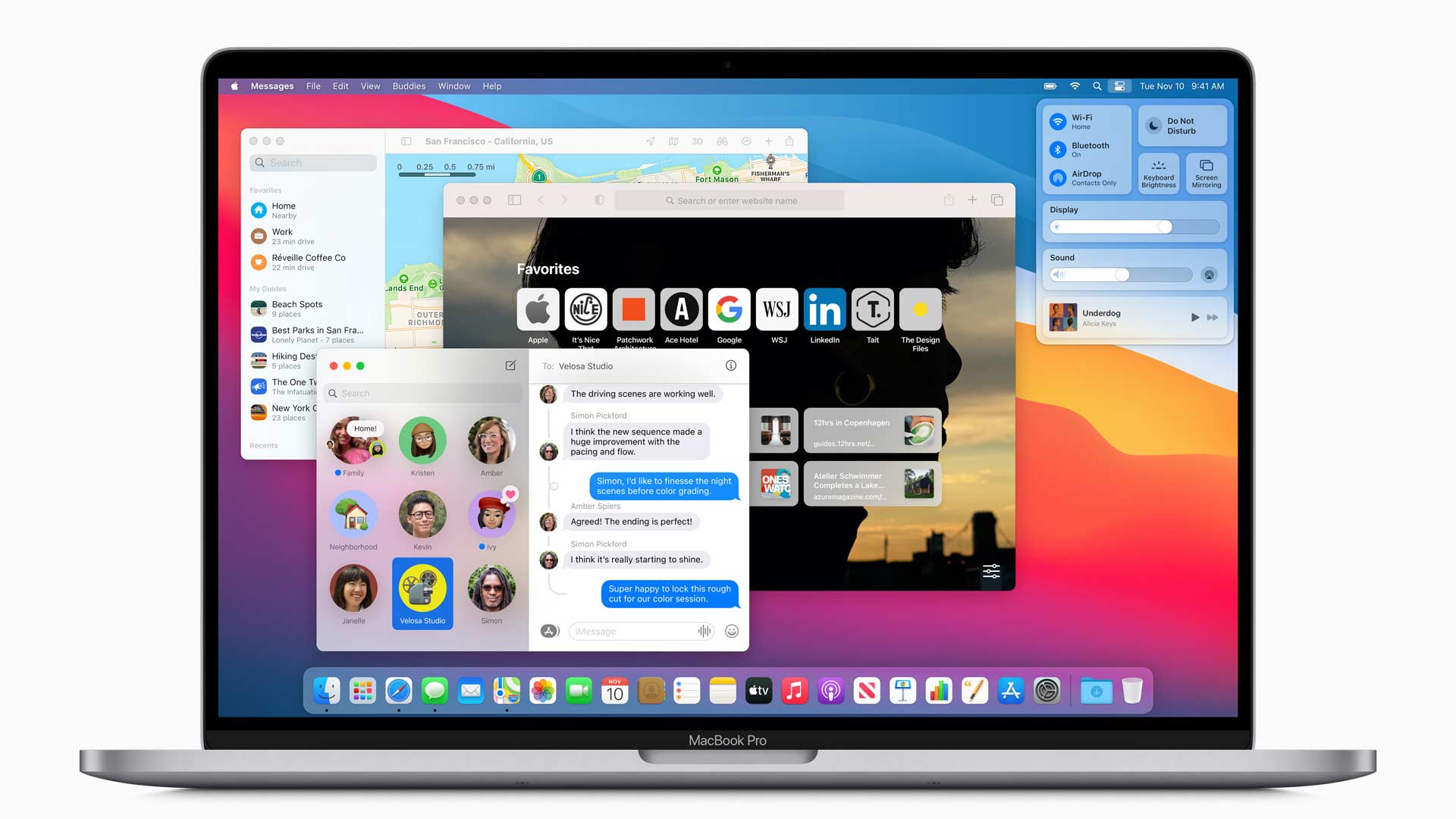 No surprise here as Apple said in its event on Monday that Thursday was going to be Big Sur day. It's out, should you upgrade?

The release of the new macOS Big Sur is slightly different to Apple's annual operating system update. This is because not only have Apple compiled it for Intel machines, they now also have the M1 powered Macs available.

But before we go any further, a few words of caution!

Just as Mac users transitioned from PowerPC to Intel silicon in 2006, the transition has already started from Intel to custom Apple Silicon. The new MacBook Air, 13inch MacBook Pro and the Mac Mini all have M1 chip versions available to order now.

Keeping all third party drivers, plugins and camera plugins up to date for a new OS is hard enough, now there is the extra dimension.

We are sure you've had a project stop because of a piece of software that is critical to your workflow isn't compatible. Developers now have to make a dual binary of their product that will run on both silicon flavours. This might cause a delay in getting an update out. So, Make a list of all the third party apps you use and check they have Big Sur versions. Things like camera plugins or drivers are the normal culprits that don't get an update immediately.

If you are sure you have compatible versions of everything that you need, then hit the update button! If you are running the new Final Cut Pro 10.5 on Apple silicon, don't be surprised if any extra software doesn't work as it should or work at all!

We are pretty excited about Big Sur and if the initial reports about how fast the M1 machines are, we are in for a very exciting couple of years during the transition to Apple silicon.

Want to know more about Big Sur? We have embedded the presentation from WWDC 2020 starting at the Big Sur reveal. Worth watching again just to see what Craig Federighi calls the 'crack' marketing team!