Undo not working as
Suzero

User stories of Final Cut Pro X in action always get the most hits on FCP.co. So when Nick Militello contacted us with the information that his DSLR short ScFi thriller 'The Sphere' made the most of FCPX, we had to know more.

First of all, let's take a look at the movie, we would recommend you go full screen for this one!

Pretty cool eh? We will let Nick take up the story...

We started filming in April of 2010 and began the editing process in FCP 7.  When FCPX came out in July of 2011, we started slowly porting over the cut with 7toX.  It wasn't perfect, but it got most of the cut into X. It was definitely a game changer for us. 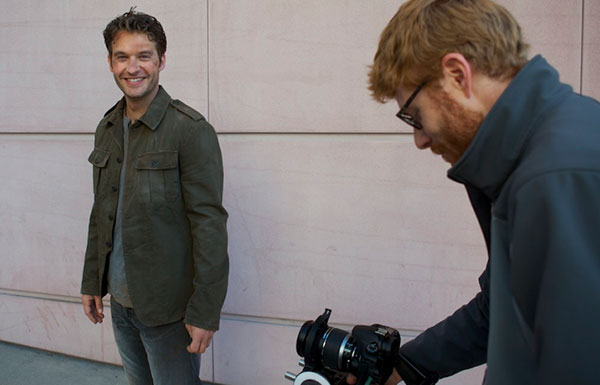 Since we were shooting the car chase scenes gorilla style, we had to keep the cameras running constantly.  So when the road was clear for a second, we could do what ever move was needed. That obviously presented a huge amount of footage to sort through in post. When we started the edit in FCP 7, it became an organizational nightmare.  We were having to make so many sub clips and copying of clips to make sure we have everything put into proper bins.  We needed to have bins of "good turn", "good swerve" etc.  But when it came time to search, I felt either we were missing items or something that was both a good turn and good swerve were not labeled properly.

With this amount of footage it was turning into a huge headache because unlike a traditional edit with take 1, take 2, we had just miles of footage and in a 10 minute clip, we only need to pull 2 seconds out. This is where I think FCPX really shines. With dual 27-inch Cinema Displays, you can have one monitor detected as your Event Browser and the other displaying the Project. Having the Event Browser dedicated to one monitor made it really easy to scan the 12 minute segments and Favorite the perfect little 1 sec nugget and most importantly give it multiple keyword names that could overlap for different parts of the same clip. 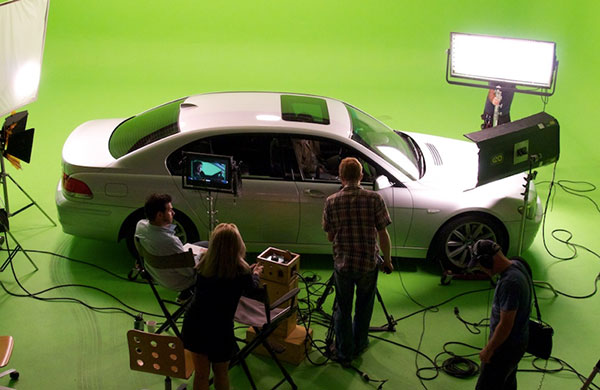 I recently had to open up FCP 7 for an archive project, and its funny how I really can't live without event browser and media organization in FCPX.  The other huge help was compound clips, and auditioning compound clips.  In the past, I would make copies of my sequences, but with X, I made each scene a compound clip, then if I wanted to try something different I would create an audition of the compound clip. I really like the way that this kept the whole project really organized.

I feel FCPX really works best when you take the time to go through the event browser and keyword your clips.  This made editing so much easier.  You would be looking for a "cu" "low" "fast" "city" "turn" and there is was.  I just don't feel I would have been able to find those moments so quickly in any other software.

Once we had a rough cut done, that's when the head scratching commenced.  Because video files in FCPX event folders really can't be altered with a new time stamp, we had to figure out a way to get the cut out and into our workflow.  Our software path was FCPX to Compressor to Boujou (motion tracking) to Cinema 4D to After Effects to FCPX to Davinci to FCPX.
Clip Exporter was really the key to all of that. Here's how it worked:
I would take the XML out of FCPX and use Clip Exporter to generate Quicktime ref movies so no other piece of software could do the timestamp.  Then I would use Compressor to make a .tga sequence for motion tracking in Boujou.  From there, we built the models in Cinema 4D and animated the ships throughout the sequences.
We were constantly going back and forth between C4D and FCPX to make sure our scenes felt right, which, no matter which editing system you use, it can challenging; you have to watch a cut that consists of a grey scale ship flying by, then a green screen close up of the actor, then a black title card acting as a placeholder for a CGI shot that hasn't been started yet, then another green screen shot, then an almost complete plate of the latest CGI shot.  Despite the difficulties of this, it does make for an exciting process. You have to go with your gut knowing that the cut is going to feel right once you put it all together.  And for this movie, we really only had one shot at doing final renders for 140 or so VFX shots.

Once we had 3D locked, I borrowed 15 Mac servers, ranging from Mac Pro towers to Mac Minis to complete the 85 day render process.  During that process we commissioned a few other artists from around the world, mainly through Elance.com, to take care of 30 or so 140 visual effects shots.
I then used After Effects for compositing then back to FCPX and finally to DaVinci for coloring.
This was one of most intense processes I have ever been through.  I was really happy with the way FCPX fit into the post production workflow.  Though out the entire process I was really happy with FCPX, it just feels right.  I feel like it gave me the power to really try a bunch of different things out without having to rip up my timeline.  It was an essential part of our process due to the fact that we had such a small budget and we had to shoot a lot of footage on many different days to get all of the shots.  I am really looking forward to the future of FCPX.
Many thanks to Nick and congratulations on an amazing piece of work.
You can find out more about the movie including production stills, behind the scenes photos and storyboards at The Sphere.
Tweet