Hot on the Mac App Store is the new professional version of X2Pro, so we thought we would catch up with the guys behind the successful audio conversion tool for FCPX and find out a little bit more. We have also got 5 copies each worth $149 to give away.

We have seen many applications from developers fill in the functionality holes of Final Cut Pro, one of those has been X2Pro. Designed to export audio out of FCPX for post production in DAWs such as Pro Tools, it's been very successful.
Now Marquis Broadcast has updated the application to X2Pro Professional at $149 and there is also a X2ProLE version at $59.99.

Congratulations to the winners, the competition is now closed.

We caught up with Marquis Broadcast at the Supermeet during the recent IBC exhibition, so we thought why not ask them a few questions about their new application. They also very kindly gave us five licences of X2Pro Professional each worth $149 to give away to FCP.co readers. To have a chance of winning a copy, all you have to do is Tweet the headline of the story. The easiest way to do this is by clicking the Tweet button on the top left or bottom of this article. Winners will be picked at random from the Tweets between now and Monday night, so get tweeting!

FCP.co: Congratulations on the update, can you tell our readers what is in the new version?

Marquis: With v2.0 we introduce two versions of the product, both are available on the Mac App Store. X2ProLE has the same feature set as v1.1, but will be priced at $59 whereas X2Pro v2 Professional has some exiting new features for professional users:

Both versions benefit from some general improvements: 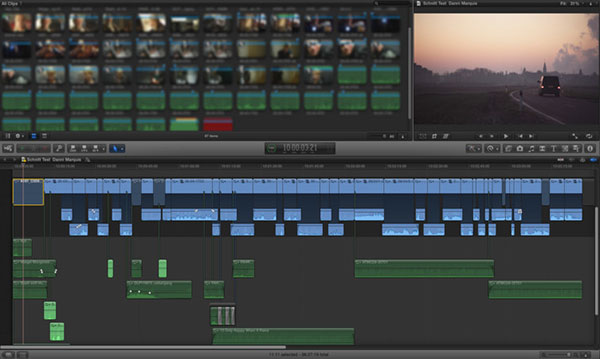 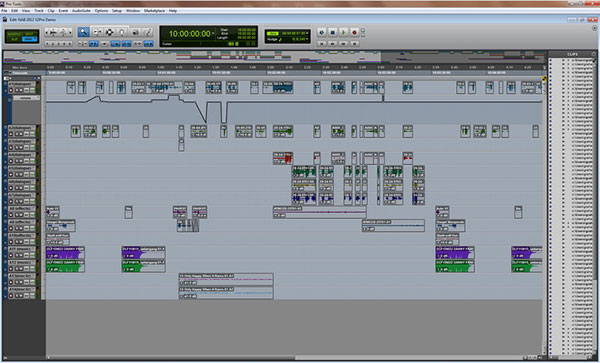 FCP.co: Is there an upgrade path for existing customers?

Marquis: Yes, v1.1 users get an automatic upgrade to the Professional version.

FCP.co: What gave Marquis the idea to make X2Pro in the beginning?

Marquis: We are known for broadcast and professional post workflows. Conversations with Apple about workflow led to the idea for X2Pro.

FCP.co: Was it an easy process interfacing with the new FCPX?

Marquis: It was relatively easy. There are some tricky things to get used to such as the Roles concept  that make translating back into traditional applications that are track based a little difficult. There are also some techie issues under the hood such as “Sandboxing” that can be a challenge. Apple have been really helpful, but of course I can’t say any more than that...

FCP.co: How has the product done & what has been the response from customers?

Marquis: We have had a great response from customers and the app continues to sell at a good rate from the app store. Early adopters such as Knut Hake Berlin, Electric Entertainment in LA and Radical Media have been really helpful. God TV in the UK helped us to get it working with Pyramix.

“When Electric Entertainment transitioned to Final Cut Pro X, we needed to re-engineer our whole workflow. X2Pro became the missing puzzle piece that allowed us to work with Apple's software and still maintain the highest quality production standard. With Version 2's ability to work with referenced media, X2Pro will greatly increase our efficiency in moving from FCP X to Protools.”

“X2Pro is an excellent app which is being developed with real care and attention. In the past, when projects were begun in Final Cut Pro X it was a challenge to bring them in to Pro Tools for high quality sound finishing. Now, with X2Pro, the workflow is easy and precise. We are already looking forward to the next release."
Jeff Sobel, chief engineer, John Lennon Educational Tour Bus

“I chose X2Pro for a short film I was working on that needed a lot of audio work and it easily handled my project’s more than 32 audio tracks. I think that all professional editors who use Final Cut Pro X and Pro Tools should get this plugin — it's an essential part of my workflow."
James Gribbins, Director/DP of Gribbins Films

"With X2Pro Audio Convert I'm finally confident that my projects transfer as they should to Audio Post. X2Pro´s smart use of Audio Roles keeps my audio well organized all the way to Pro Tools."
Jari Innanen, Editor/Sound Designer, Finland

FCP.co Is there anything you would like to do with the app but cannot due to any FCPX/Pro Tools problems?

Marquis: Pro Tools is a little long in the tooth and some of its limitations appear strange by today’s standards. For instance you cannot reference a multi-track WAV from an AAF. We are always on the lookout for new directions for our products, so let us know!

FCP.co: Are you thinking of expanding the app to cater for other audio workstations or moving media into other NLEs?

Marquis: Yes! We are constantly trying to do that. We have customers using Nuendo, Pyramix and Pro Tools. We hope to get it working for Audition soon, but that has proved difficult with the lack of AAF support. 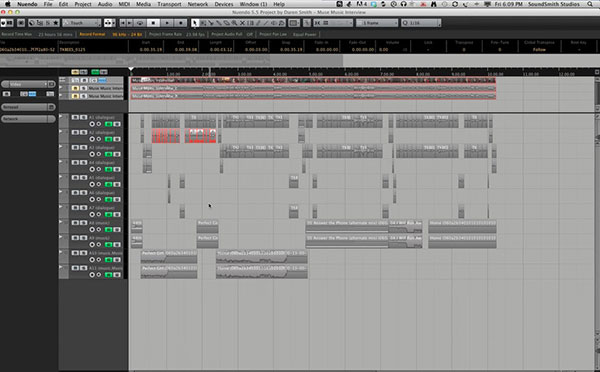 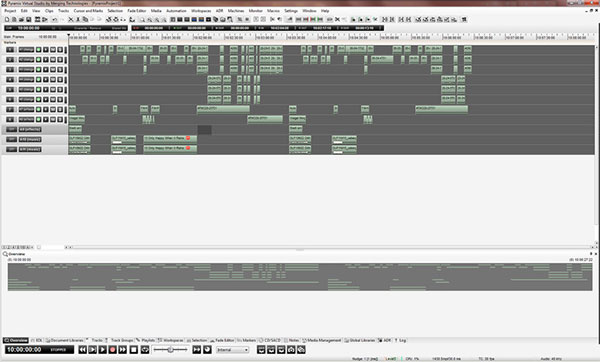 Many thanks to Chris Steele & Tom Hassall at Marquis Broadcast for their time and of course the licences to giveaway, so don't forget to Tweet!