Denver Riddle at Color Grading Central has been teasing us with screen grabs of his Color Finale plugin for Final Cut Pro X. Well today is the launch day and if that's not enough we also have a coupon code for $20 off the purchase price. Excited?

Colour correction wheels and curves. Probably two of the most requested features for Final Cut Pro X since its launch. Denver has now filled those desires with the new layer based $99 plugin called Color Finale. 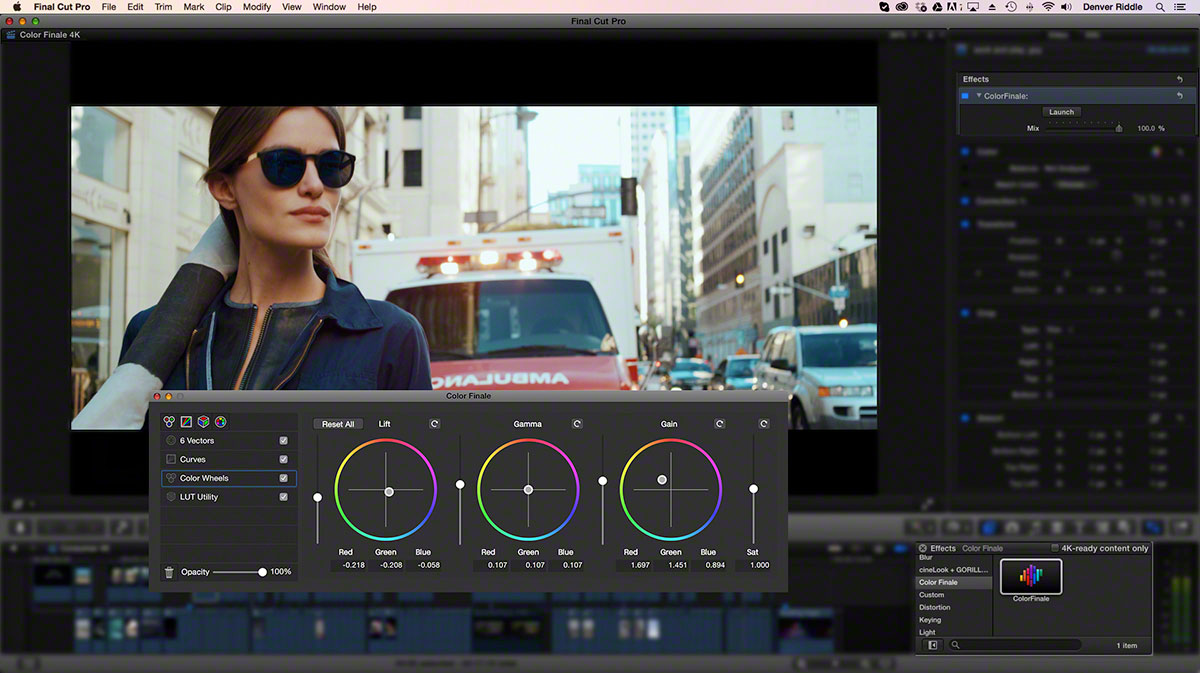 There have been other plugins that add the functionality of the three colour wheel back into FCPX, but Color Finale works as a free floating window, not a screen overlay. That means that the plugin can easily switch to providing curve controls and other colour correction controls as well.

Denver is a professional colour grader and we think this shows in the plugin, it has to be one of the best third party colour correction plugins for FCPX out there. Want to try it out? No problem there is a seven day free trial available.

We also have discount offer on Color Finale for FCP.co readers. Just use the code FCPCO20 when purchasing and you will get $20 off the price. The code is good for 7 days and will expire on 3/3/2015.

Denver has produced this tutorial which shows Color Finale in action. We have to say it looks very impressive, especially the vector colour correction.

Create a vintage look in FCPX with Color Finale

Create a cinematic look in FCPX with Color Finale