STOP MOTION - How to
Albo

Ingesting a DVCAM re
jamesroy

Being back in the office after the Mac Pro's three week excursion on broadcast jobs means we can catch up with things. There's three great podcasts to listen to for a start!

Well, we have to admit to being slightly biased as FCP.co chief Peter Wiggins appeared in Ben Consoli's Go Creative Show. Take a listen to find out about how the new Mac Pro and Final Cut Pro X perform.

Also on the bill is Tim Webber from Framestore, the visual effects supervisor for blockbusters like Avatar, The Dark Knight and the recent mega-film Gravity. Great information from behind the scenes of Gravity, he walks us through his experience creating one of the most technically challenging films in cinema history. 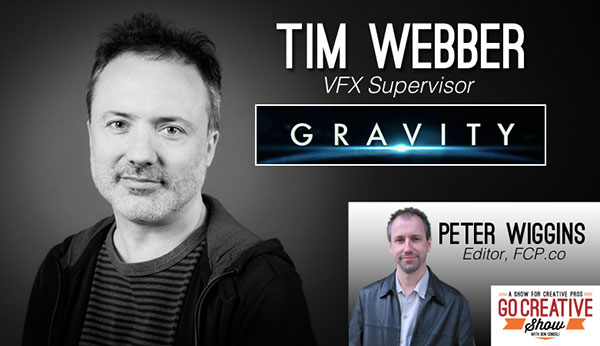 Click to listen or the podcast can be found in iTunes by following the link. If you click on subscribe in iTunes, you'll get new episodes automatically.

Next up are two podcasts from the FCPX Grill which is hosted on Digital Cinema Cafe. Actually they are the same podcast that was too long for one show, so it got sliced down the middle. The topic and guest are well worth the listen however. Chris Fenwick hosts editor Scott Simmons who talks about what he likes in FCPX in part one and what he doesn't in part two. Scott is very familiar with Avid, Adobe and the Final Cuts, so it's refreshing to hear his take on the NLEs without the bias of other online contributors.

You might remember we have featured Chris Fenwick's tutorials here on FCP.co. Nicely sandwiched between the two episodes on the FCPX Grill website is a new tutorial on Time Remapping.