UK production company Tech TV made the transition from Final Cut Pro 7 to FCPX and they haven't looked back since. Head of Production Matt Smith describes the reasons and benefits for switching.

A year ago, life at our video production company Tech TV was very different.  We were cutting on FCP7 and taking a lot more coffee breaks.

Now we seem to breeze through this stuff with relative ease. FCPX has made us faster, more creative and is winning us awards. And we drink less coffee.

All true - well, maybe not the coffee bit.

To give you an idea of how we use FCPX, here’s a quick upsum. We shoot and cut corporate videos and films for companies and corporations from our bases in London and Surrey in the UK. We tend to film in the UK and Europe and do the bulk of our shooting using large sensor cameras - mainly Panasonic AF100/101s with prime lenses.  We also use DSLRs for video blogging and full-sized Sony XDCAMs for run-and-gun events.

The workflow with the Panasonic AF101s really couldn’t be easier. We grab the SD card out of the camera, put it in the iMac and bring in the AVCHD rushes through the import window. FCPX then does its thing and we get cutting in minutes. 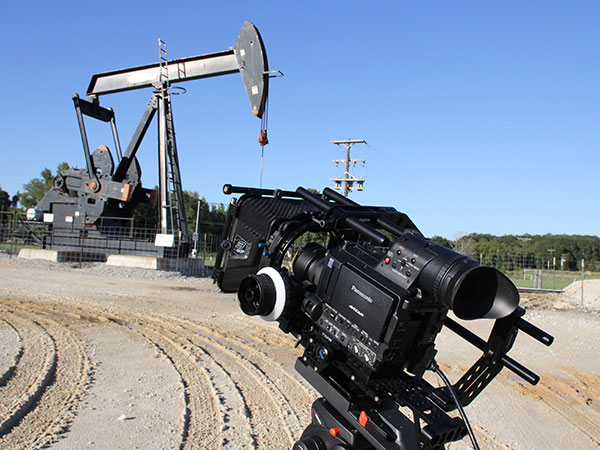 When we started the company three years ago, we were working on FCP7 but I’d been interested in FCPX since the launch. As a former national TV reporter and producer, I’d spent thousands of hours in edit suites at the BBC, Sky and London facilities houses. Everything from Avid to Quantel; offline and online. I’d learned how to cut to very tight deadlines with an editor. I’d also edited a bit myself but found FCP7 a bit unfriendly and - well - grey and dated looking.

So when FCPX launched, it piqued my interest. The interface looked fresh and modern and seemed to feed into the DSLR and shallow depth-of-field revolution. The fact that so many were quick to condemn, only made me more interested. Looking back, I agree that it was half-baked at launch and lacked vital features but with every version update that came along, FCPX got more interesting.

So at Tech TV,  we decided to run a few smaller, less critical edit projects on the new software to test it out, while keeping FCP7 going for the larger jobs. 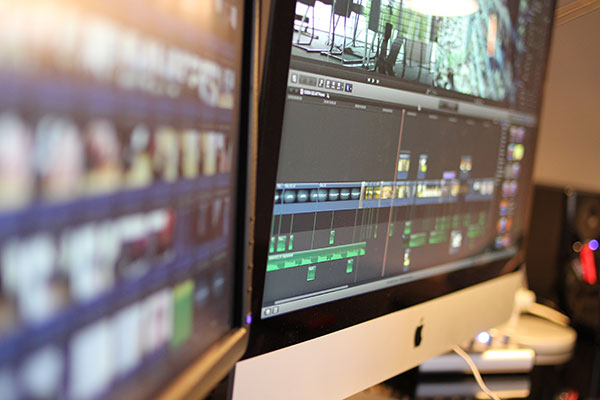 There were frustrations. I remember trying to export 43 self-contained interview clips - all with lower thirds - before range selection was introduced. God, that was painful. It actually involved exporting ProRes timelines and then firing up FCP7 to finish the job, which was a bit soul destroying. The inability to split apart and edit audio tracks in the timeline in the earlier versions was also a bugbear.

And the lack of features meant some of us took a bit of convincing:

“I hated it, it didn't make sense,” was the view of our editor and producer Tash Jones on first look. She’d joined us from another corporate video production company and was an advanced user of FCP7. Initially, didn’t see the point of switching to FCPX.

“I couldn't do what I wanted to do as I could in FCP7,” she recalls. “Plus, I had heard from Creative Cow, Twitter and around the web that it was iMovie Pro and not to bother with it.”

But by the time update 10.0.6 came along, things were motoring and FCPX was winning us around.

“Once you gave FCPX a chance, I actually realised that it was better [than FCP7],” she adds. “Because it made the whole editing process faster.”

“It was realising the opportunities that were there, the plugins, the fact that the magnetic timeline actually sped things up, once you gave it a bit of time.”

So when we switched offices in January this year, we switched software and decided to go full time to FCPX. We’ve honestly not looked back. 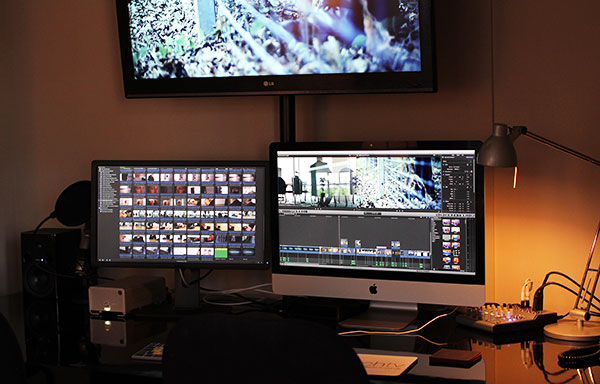 In terms of kit, there was no new Mac Pro on the horizon back in January. So we re-kitted our main edit suite with the fastest iMac we could lay our hands on. The new thinner iMacs had just been launched, so we placed an order for a 3.4Ghz, 27” iMac and maxed out the RAM to 32Gb. We added a Dell UltraSharp 27” as second monitor via Thunderbolt, G-Tech Thunderbolt 8GB Raid, Blackmagic Thunderbolt Mini Monitor driving a 42” LCD and some Fostex audio monitors.

The machine is really quick - much quicker than the old Mac Pro we used to use -  and rendering is pleasingly fast. We also run a second dual-screen set-up on a 21” iMac, which we use for simpler edits. It’s slower than the main suite but it still works fine. We also have another 21” iMac for overflow and a MacBook Pro for mobile edits. 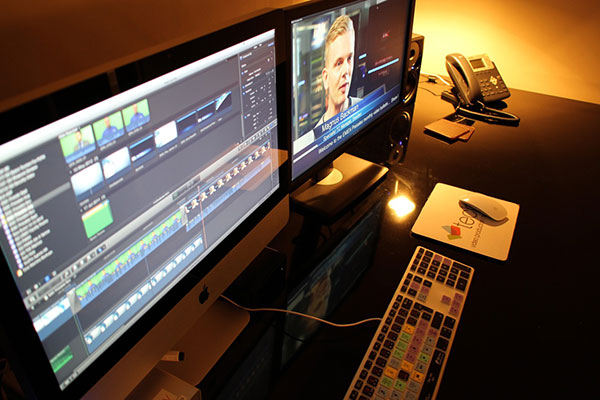 We love a plugin and that again is an appealing element of FCPX.  Current favourites include FCPEffects’ WhipPans; HyFx’s HyGear transitions, mGlitch and mSpy from motionvfx and Digital Heaven’s SubtitleX.  We have many more installed and find them inspiring, liberating and a bit addictive.

Our productions on FCPX have won awards.  In the trophy cabinet that’s pride of place in our office, I can count three statues that were in part, thanks to FCPX and more that we have certificates for.  And we think we’ve got a chance to win more with the sort of work we’re now making in the edit suite.

As people who make a living from making video, we’re always trying to be better than the competition.  And above all, I think that’s what FCPX helps us do.

“I can do so many more creative things,” says editor Tash.  “The stuff I'm sending out is leaps and bounds above what I was doing before.  I'm cutting quicker and the stuff I'm doing is so much better.”

Archiving and sound mixing using the software is still a bit of a headache.  There are also a few other little niggles that sometimes annoy but I’m excited about the future of this software. We’re on the cusp on version 10.1 and a machine designed with FCPX in mind. 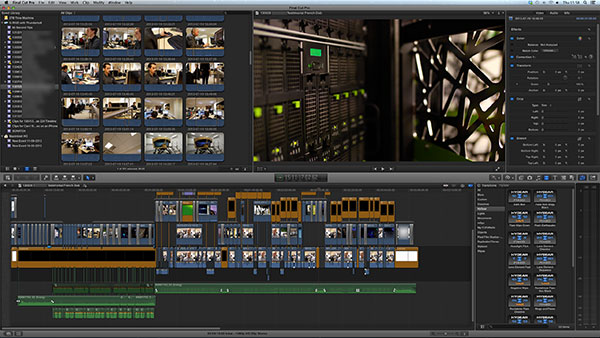 I think that might trigger a sea-change in views. I’m already noticing a curiosity among other editors who would previously dismiss FCPX out of hand. One told me on a shoot the other day that he felt he should now give the software “a second look”. He seemed to acknowledge there was a learning curve involved too - which is a healthy shift away from the previous “I can’t work it, so it must be useless” attitude.

I really hope so - even if it just means we can get some edit help. Finding a freelancer who can cut on FCPX is still a bit of a challenge.

But in the meantime, FCPX has sharpened our game and we’re enjoying the easier workflow.

We upload to Vimeo an awful lot for client previews at the end of an edit session. Now being able to simply to click a single button and walk away is really pleasing. With FCP7, it used to be a 3-stage process of export, convert and upload.

The result?  It means we get more time to drink coffee. 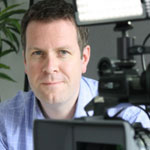 Matt Smith is the Head of Production at Tech TV, an award winning video production company based in London and Surrey. Shooting on large sensor cameras with prime lenses and editing in FCPX.