So How Was the 2019 FCPX Creative Summit? 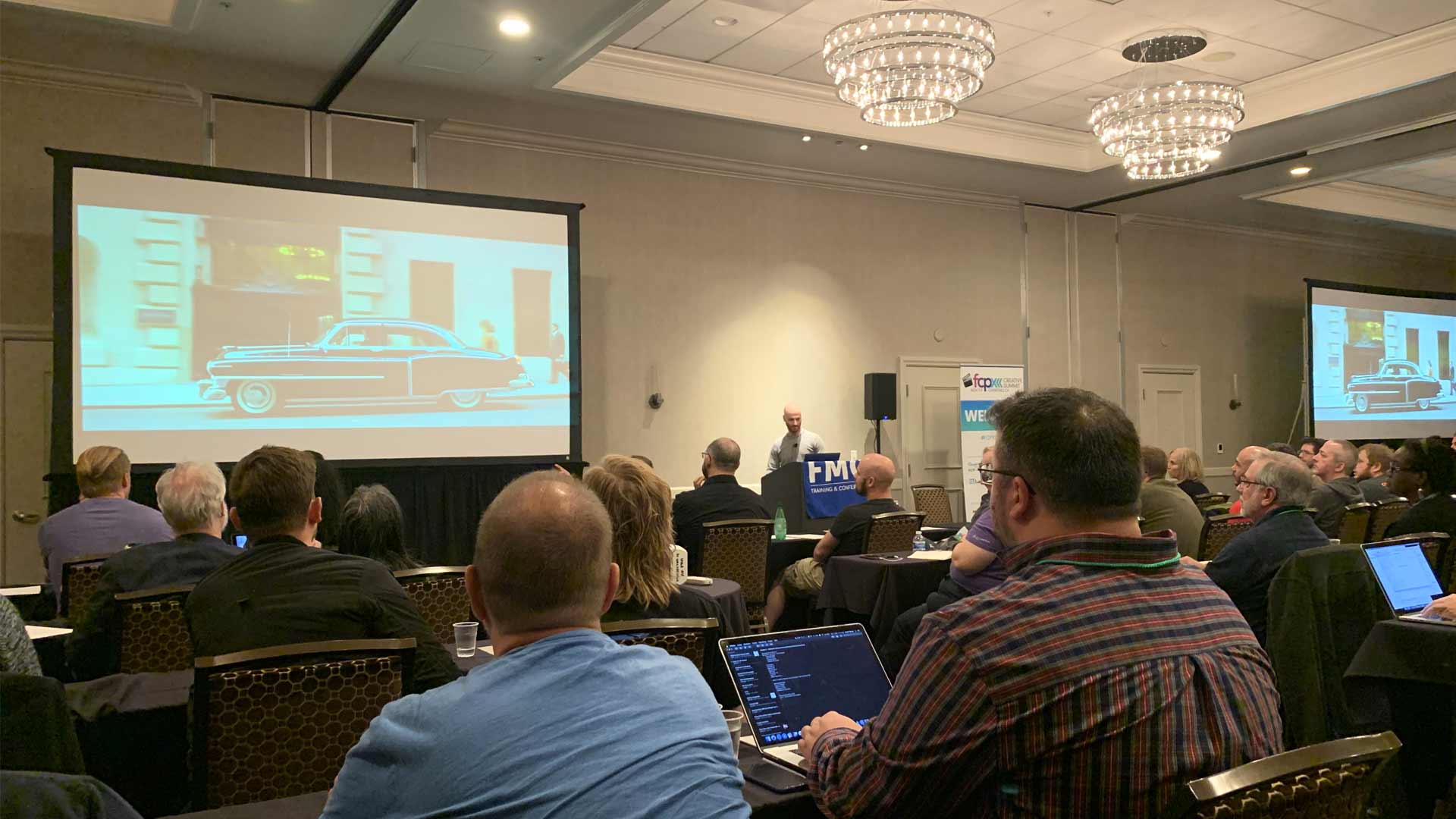 I'm sat at the airport waiting for a plane out of San Francisco, so this gives me time to reflect on the 2019 FCPX Creative Summit. What was it like and was it worth it?

If you have never been to one of the annual FCPX Creative Summits, then let's call it THE FCPX event of the year. Held over three days in Cupertino, California, it is a smorgasbord of presentations from leading trainers & editors, mixed in with a visit to Apple and of course an opportunity to meet fellow FCPX folk.

The Summit isn't cheap, especially when there is international air travel involved. So was it worth it?

The answer is yes.

I didn't attend the 2018 Summit, as the BBC decided to handcuff me to the edit desk for those dates. The initial impression was the 2019 event looked busier than the 2017 version.

There were two presentation rooms instead of three, avoiding the awkward walk through the bar to get to the third. All the presentations I went to were extremely well attended. No more slipping in at the back and sitting down. If you were late, it was standing room only.

Also the sessions were shorter, down to a very manageable 45 minutes each, which meant the presentations benefited from being distilled to better attention spans.

Steven Moyer talked about being the assistant editor on The Banker, a film acquired by Apple featuring Samuel L Jackson. (More on that in a few weeks here on FCP.co!) 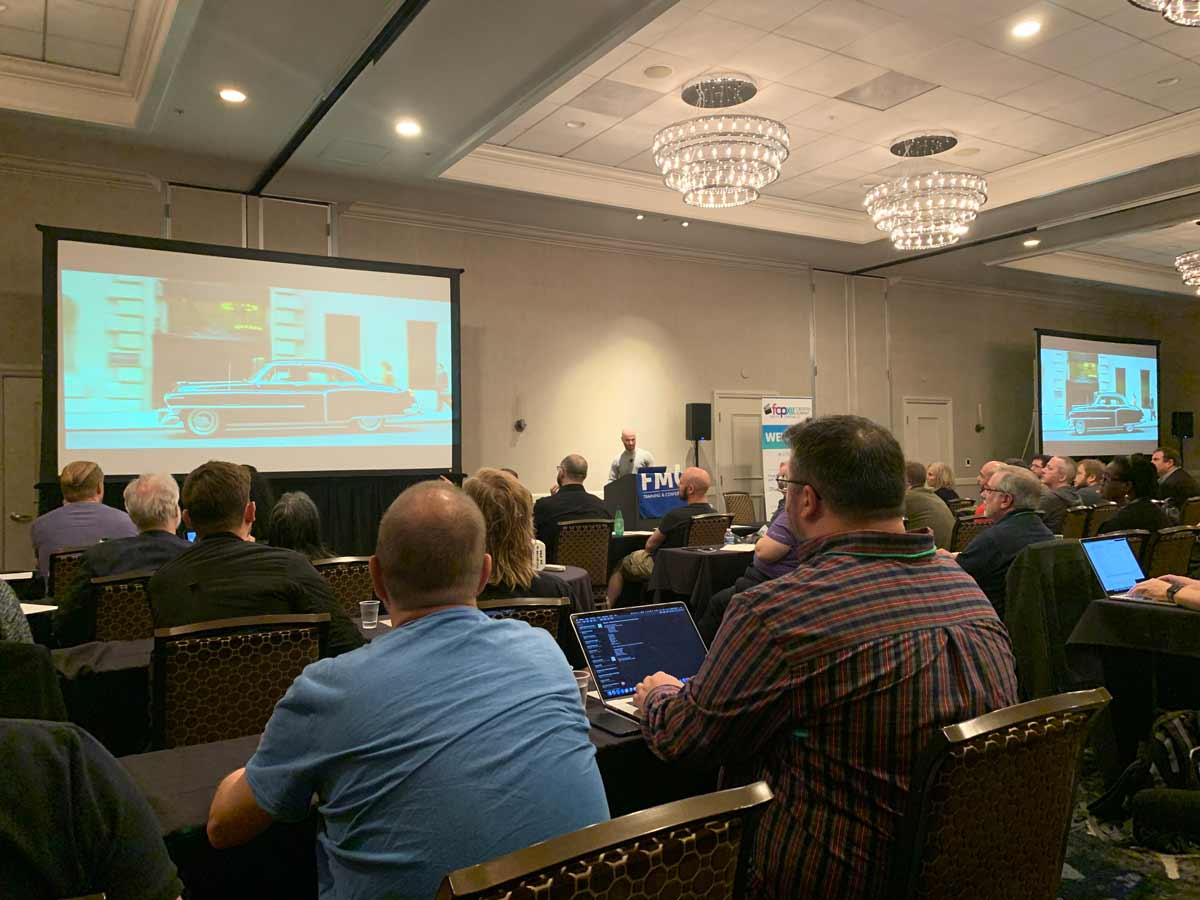 Joshua Meyers talked about his career and the editing of the documentary The Pursuit. Jeff Greenberg was at film school with Josh and their joint sense of humour ran through many stories about their careers. That included Josh being shamed on talkback by an executive producer saying one of his pieces was the worst thing he had ever seen! 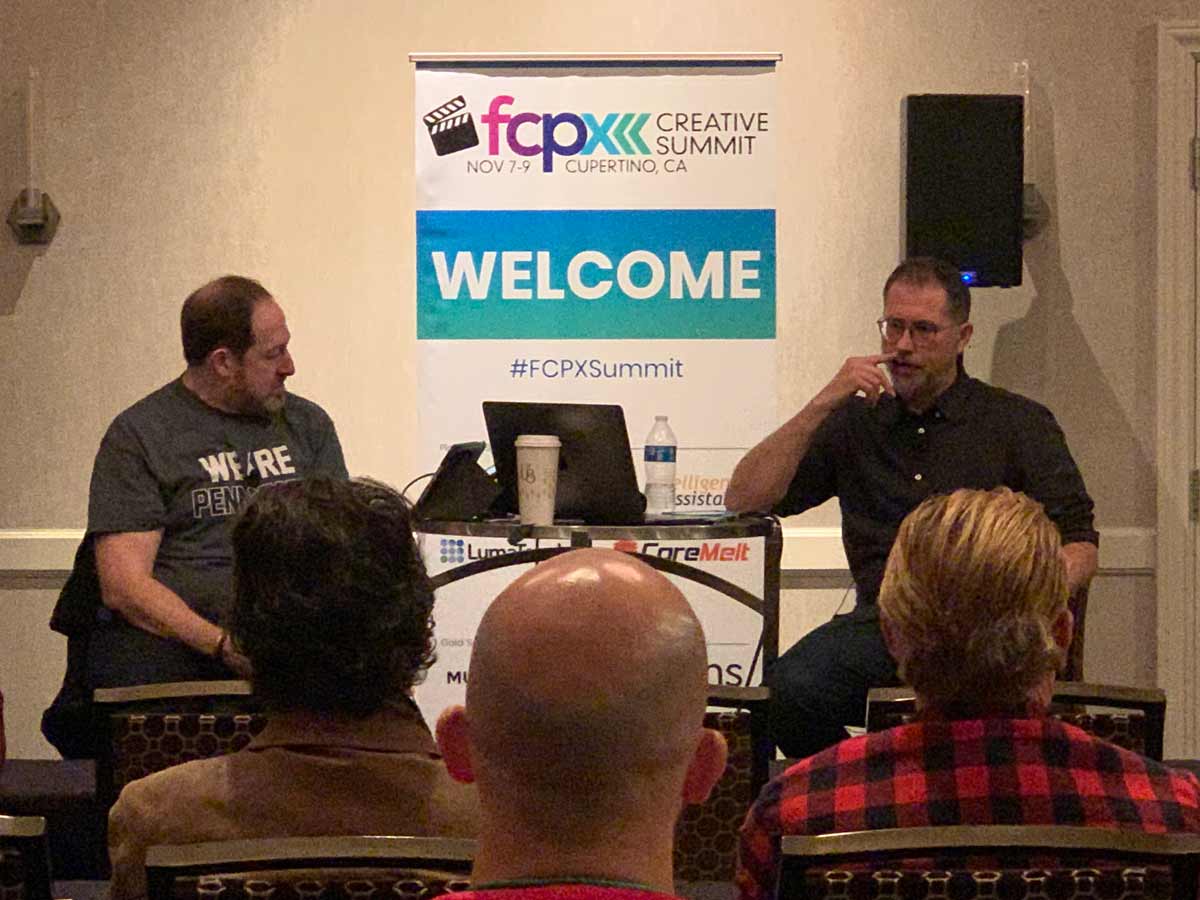 I tried to attend as many as possible, the quality of the presentations really seemed to be up from two years ago. (Maybe because it was yours truly wasn't presenting!)

Sam Mestman had the staff bringing in extra chairs  to accommodate everyone who came to listen about video production with iOS devices. 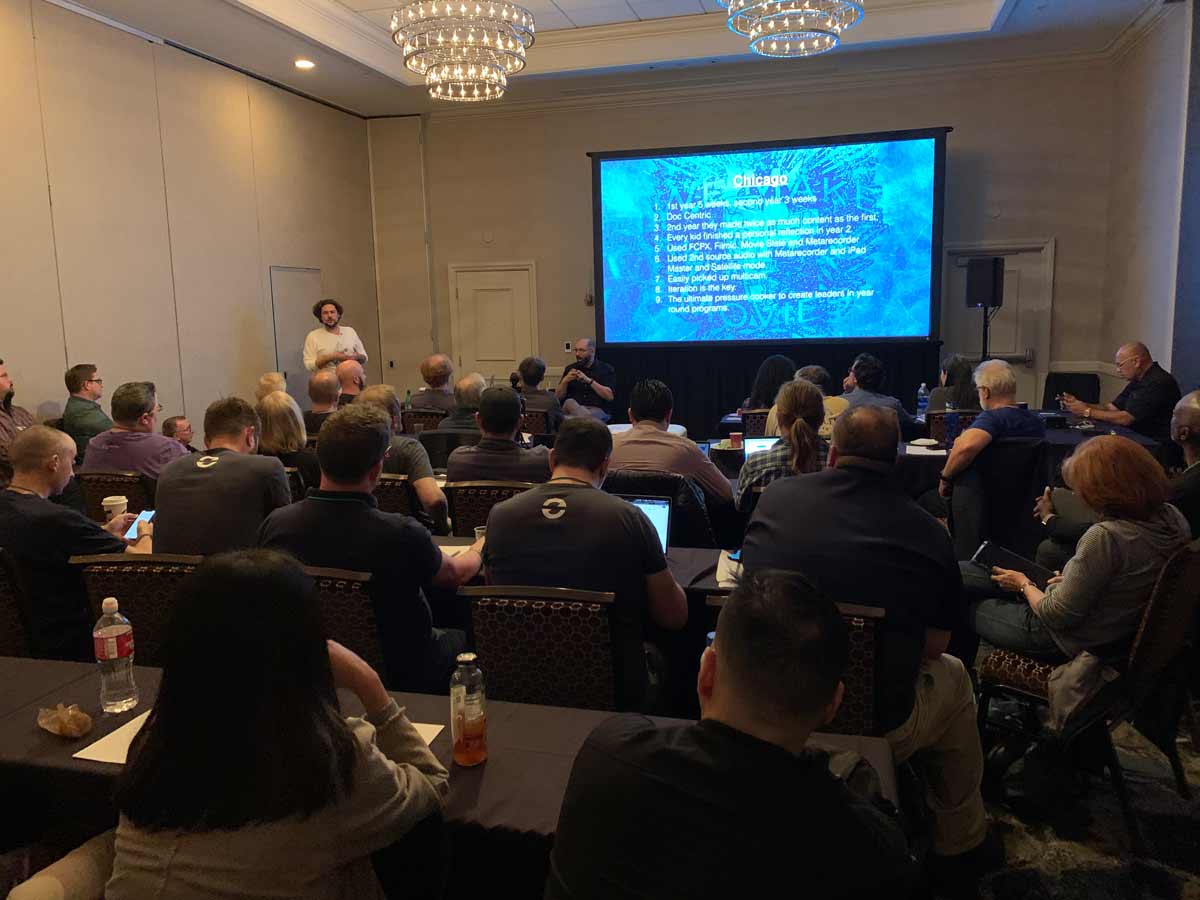 Lee Herbet's talk on HDR was full of information, yes the guy shoots 8K ProRes RAW! He also brings Tim Tams with him to share out! :) 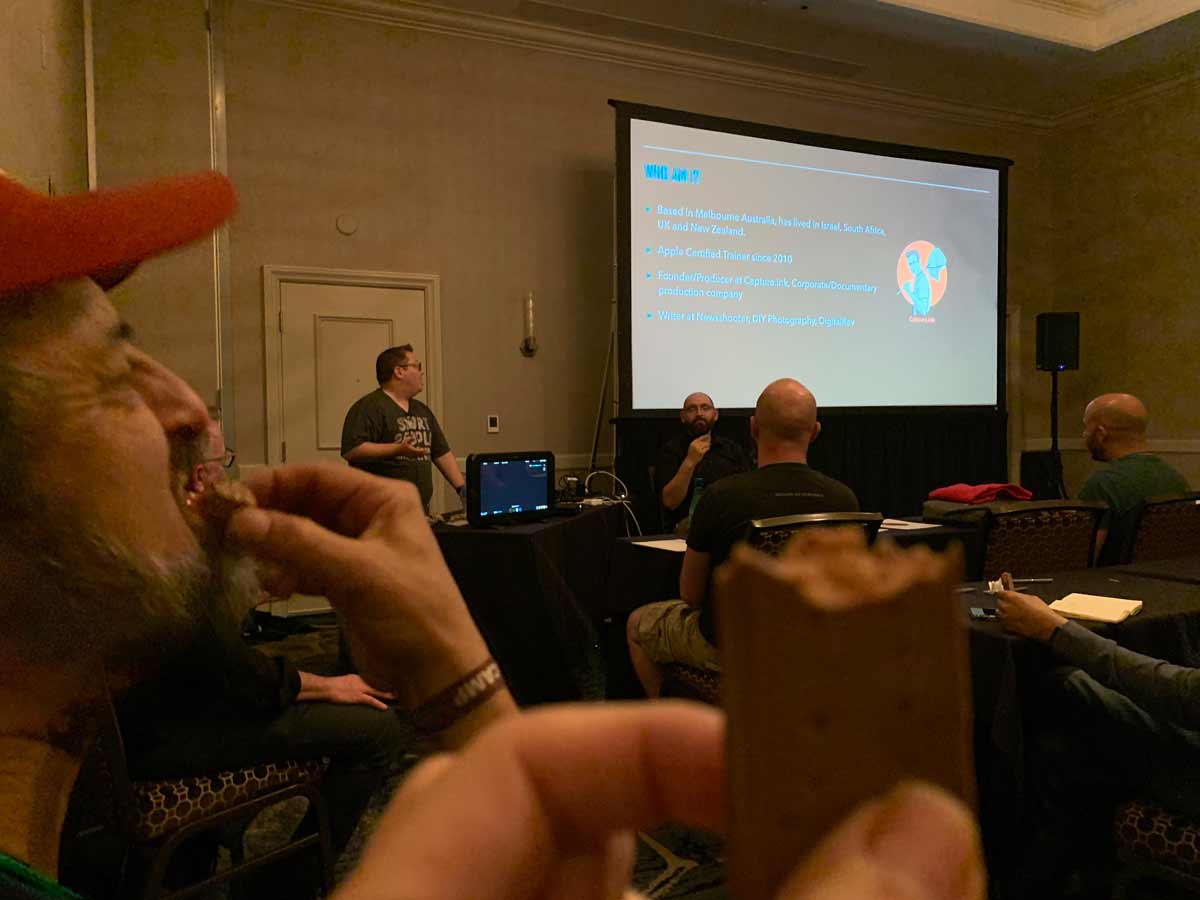 The tip show was a lot of fun as usual. 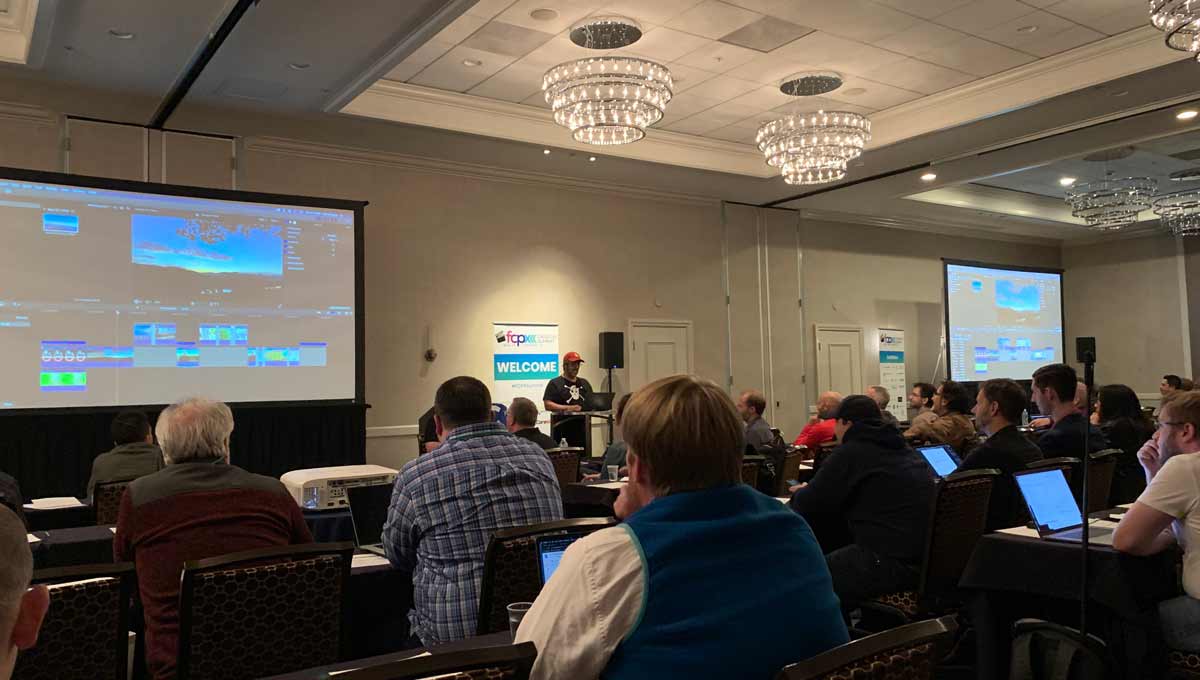 However, both were under NDA which means as much as we would love to share, we can't. We can mention that we had a presentation from one of the architects of Apple Park. All very impressive, although it would have been nice to go in. 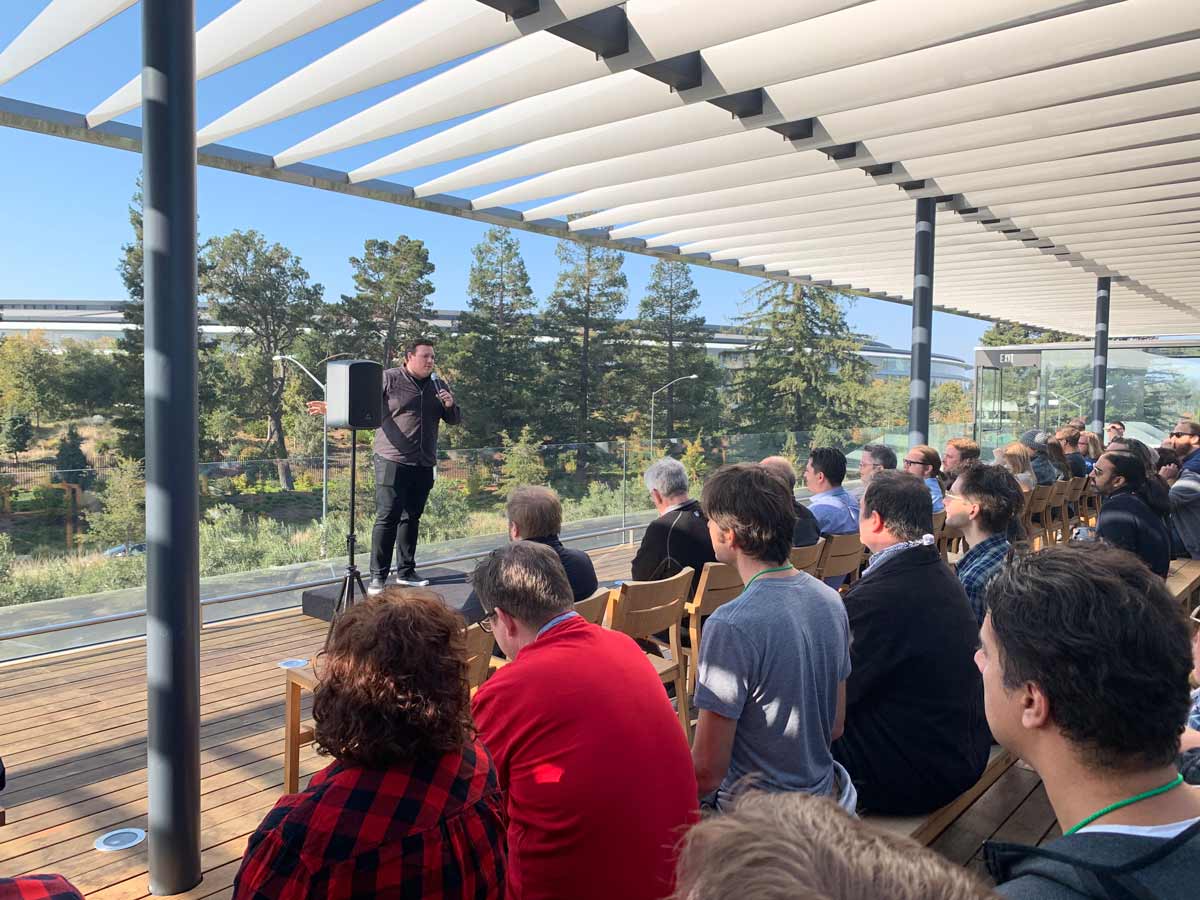 Highlights? There we many.

There are always things to learn and picking up tips and tricks on software that you know well is a bonus. A five second tip can save time and change workflows.

Visiting the Apple Park visitor centre was good, although after having a personal shopper take me on a tour of all the unique T-shirt's, it was disappointing to find out after 15 minutes that they didn't have my size.

There are many good places to eat around the Juniper Hotel, but the best meal was the ‘all you can eat’ Korean Barbeque on the first night. Some colleagues took the menu as a challenge! 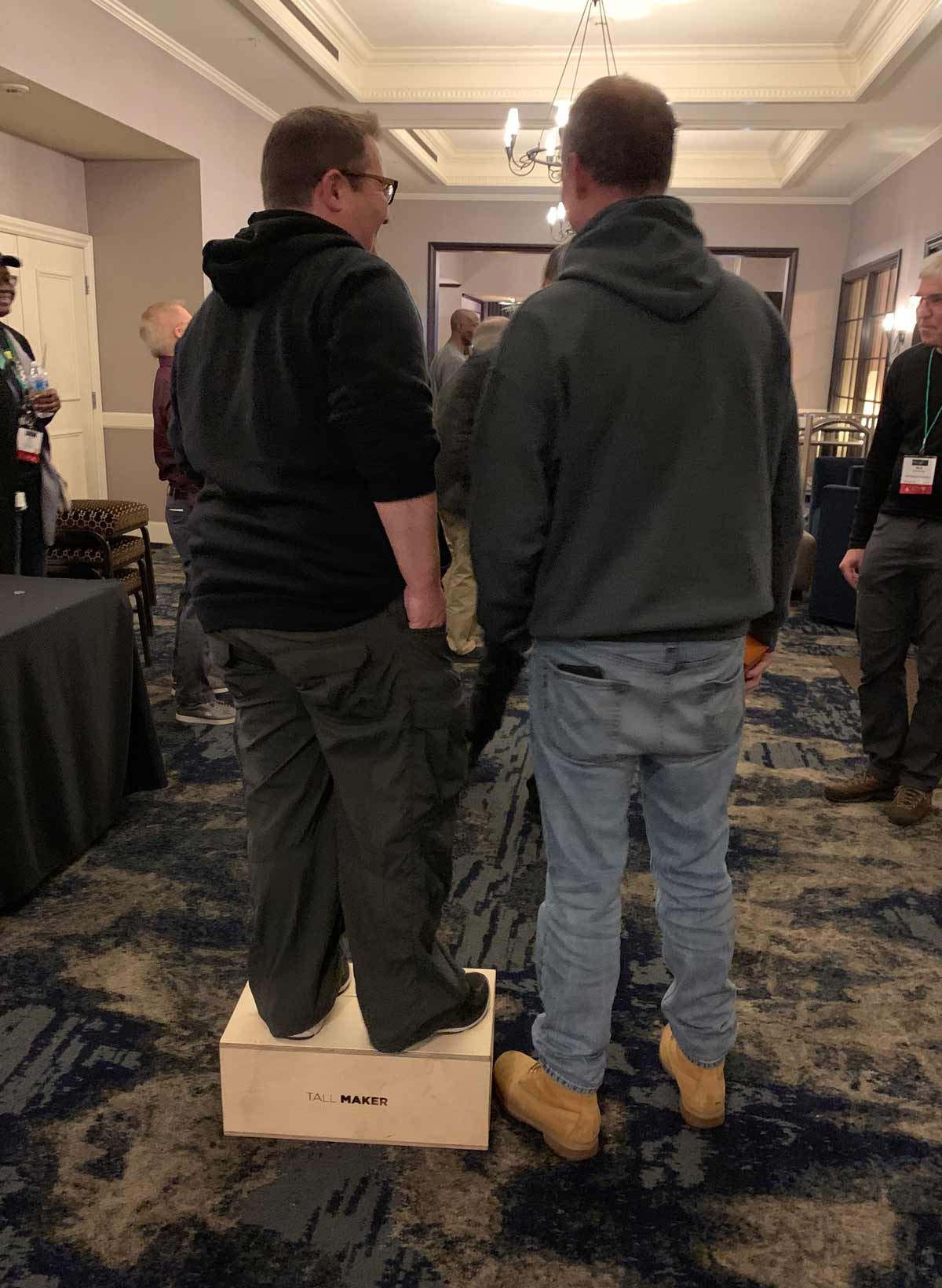 Lee Herbet tries out 'The Tallmaker' with its constructor, Chris Fenwick

But the main highlight was the opportunity to mix with like-minded FCPX editors.

That is worth the admission price alone. Pencil it in for next year.