Will the Kaby Lake version of the new MacBook Pro impress the editor of the site enough to get the company credit card out? Will FCPX get a performance boost? You will have to read to find out!

Back in November I had the pleasure of testing out the new 13 and 15 inch Skylake processor equipped MacBook Pros. Full review here.

You may recall that they were unveiled at a special Apple event that I was lucky enough to attend in Cupertino in October. They were thinner, more powerful and had a better display, but the big news was that Touch Bar. Chris Roberts very kindly spent a long time documenting how that works with Final Cut Pro X.

So, 10 months on and I’ve had a Kaby Lake processor 15” MacBook Pro on test for a few months. Has the speed bump made this one the one to buy? 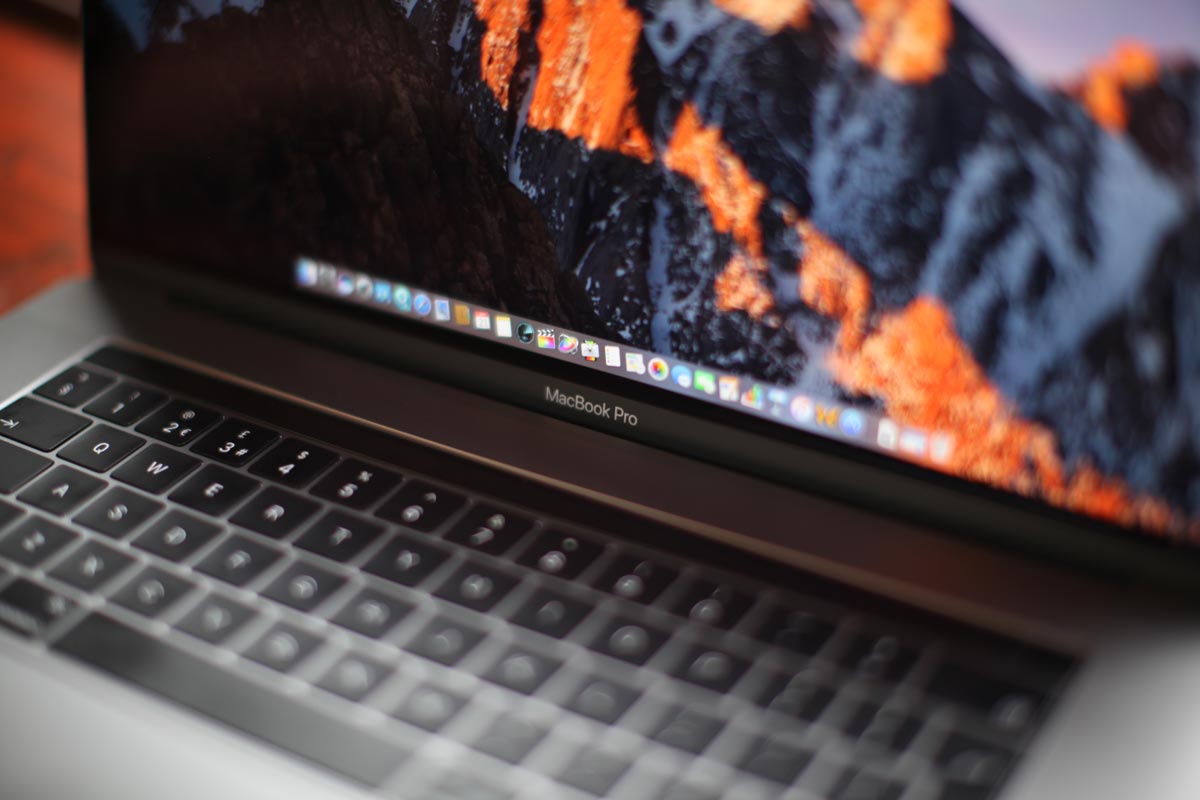 Apple makes good laptops, so good I’ve been quietly working on my mid 2012 retina since, well, mid 2012. Five solid years out of a laptop is good in anybody’s book, or bank balance for that matter. However you could argue that with the abandonment of Moore’s law as a technological metric, longer model ownership is now the norm. 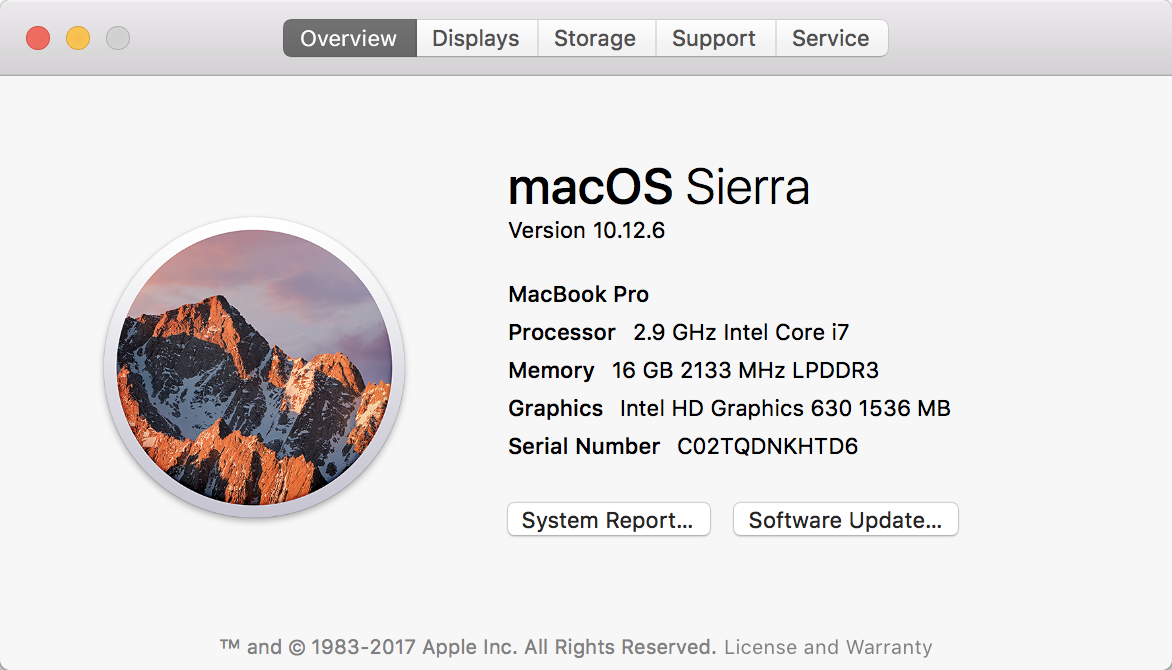 Running the AJA speed test on the internal SSD gave an almost identical result to the previous Skylake model. 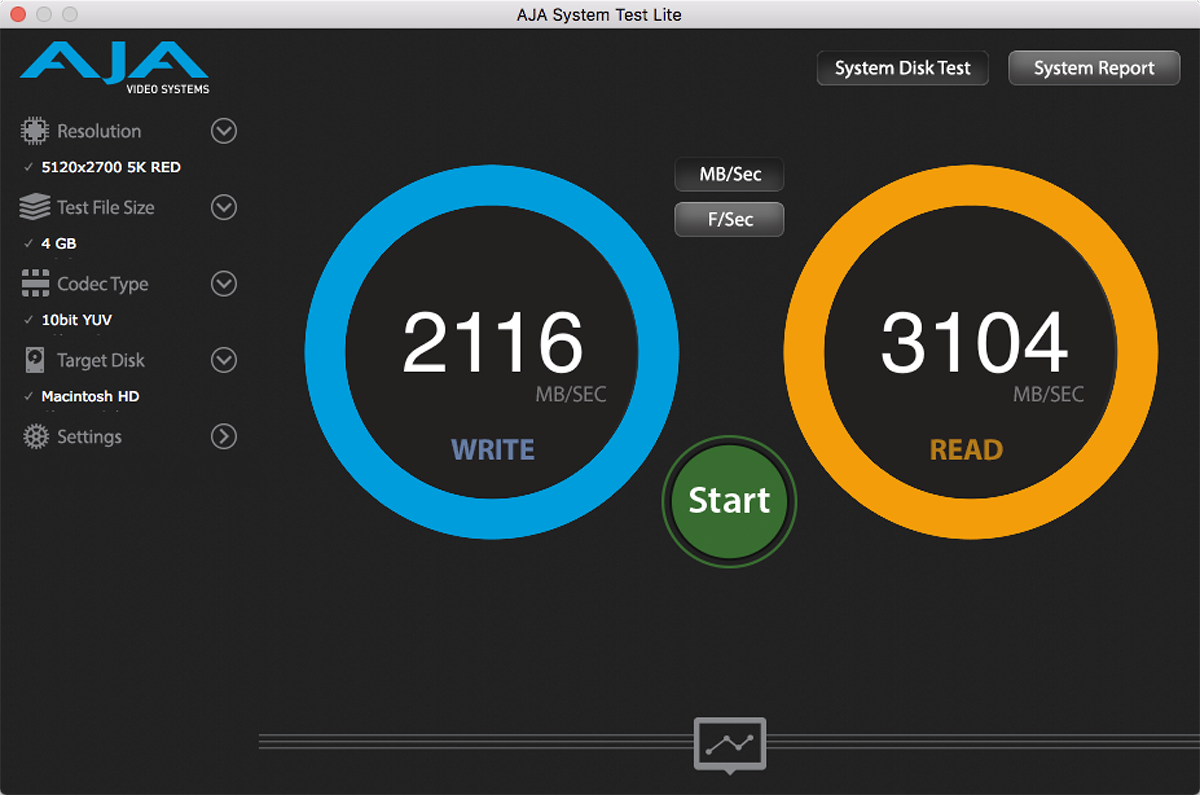 BTW to get the fastest test, set all the controls on the left of the app GUI to maximum

Whilst we are on similarities, the Kaby Lake MBP is the same form factor, same screen, same Touch Bar and has the same connectivity. Which leads on nicely to ‘Donglegate.’ 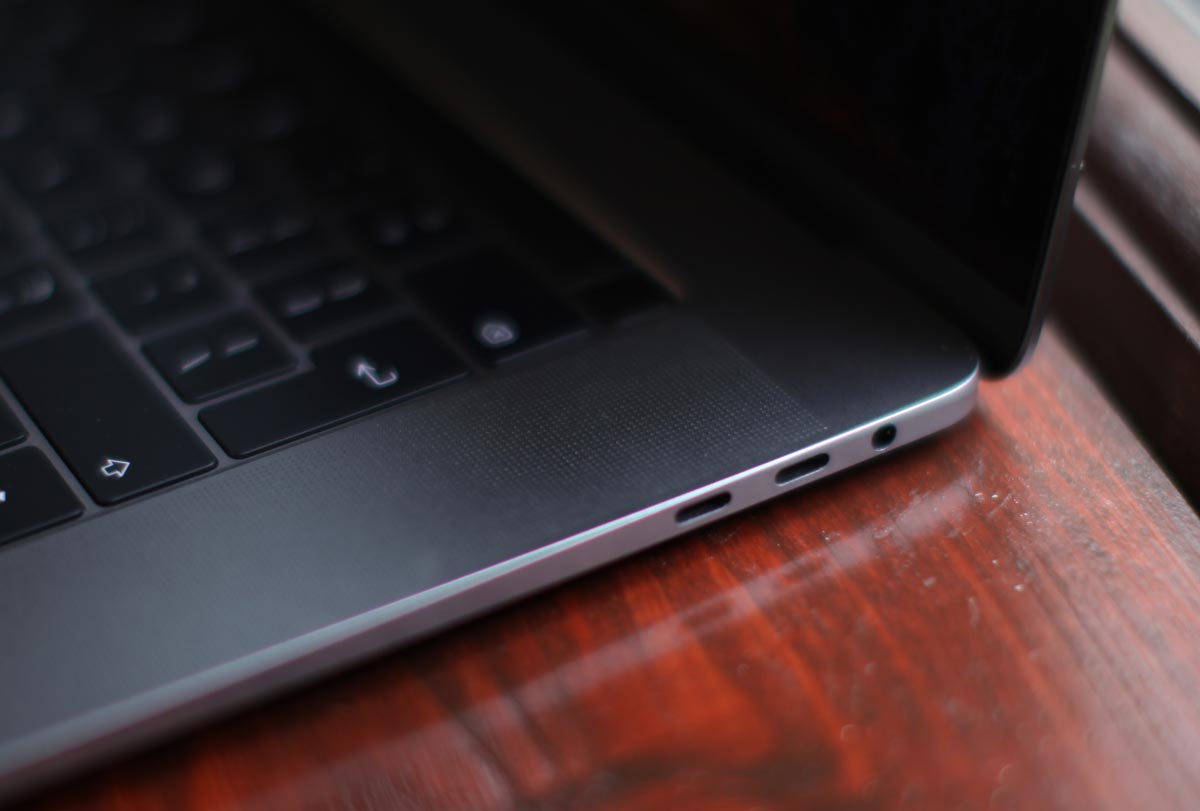 The machine has four USB-C ports and yes, you do need to buy dongles or breakout boxes if you need to interface to older Thunderbolt & USB equipment. We all went through the same pain having to carry around Firewire 400 to 800 converters. But I'm thinking of buying this machine for the future and if my last purchase will be anything to go by, I’ll still be using it in 2022!

We have already seen Thunderbolt 3/USB-C products hit the market. Two interesting ones from IBC were the G-Tech GDrive rugged mobile SSD (more than happy to review one:) and the new AJA IO 4K plus box. The latter would be my choice of broadcast output for FCPX as it seems to go beyond the previous specs of the original model with frame rates etc. I’ve also felt a bit letdown recently with FCPX’s broadcast output through different Blackmagic boxes. Don’t really know what’s gone wrong here.

So although dongles at this moment in time are a slight inconvenience, your existing peripherals will be replaced by USBC/Thunderbolt 3 versions and you will have the speed and connectivity to benefit from them. 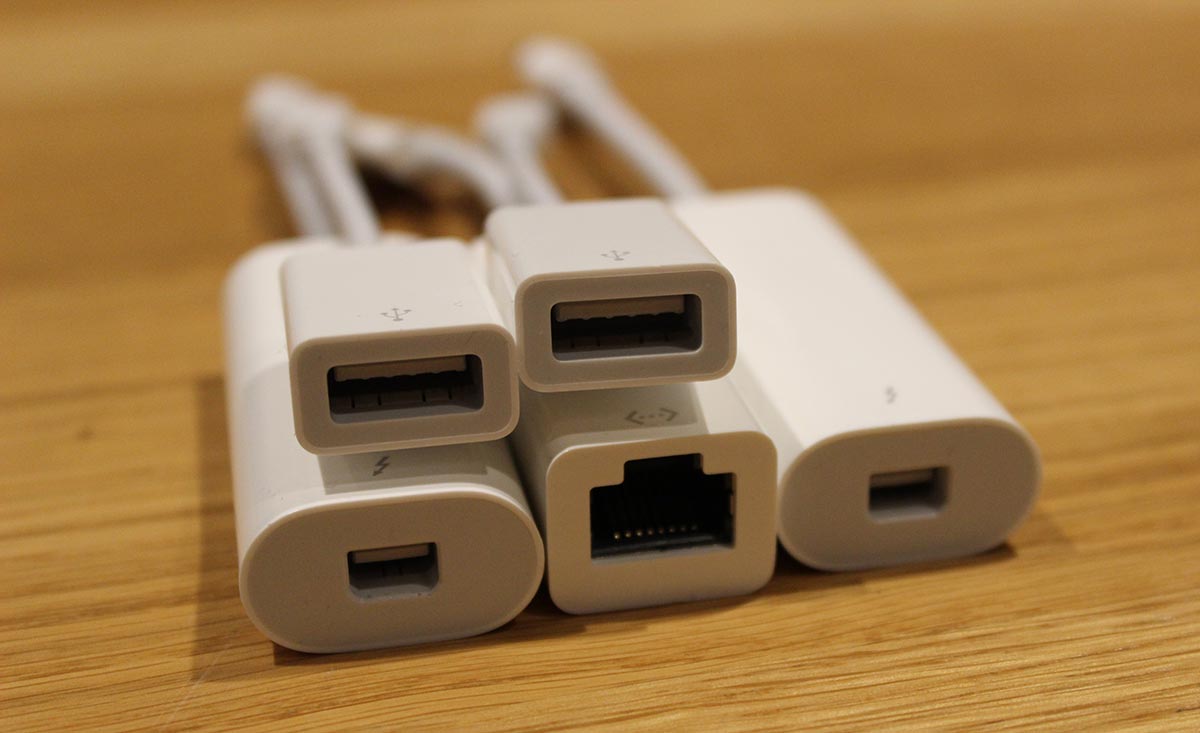 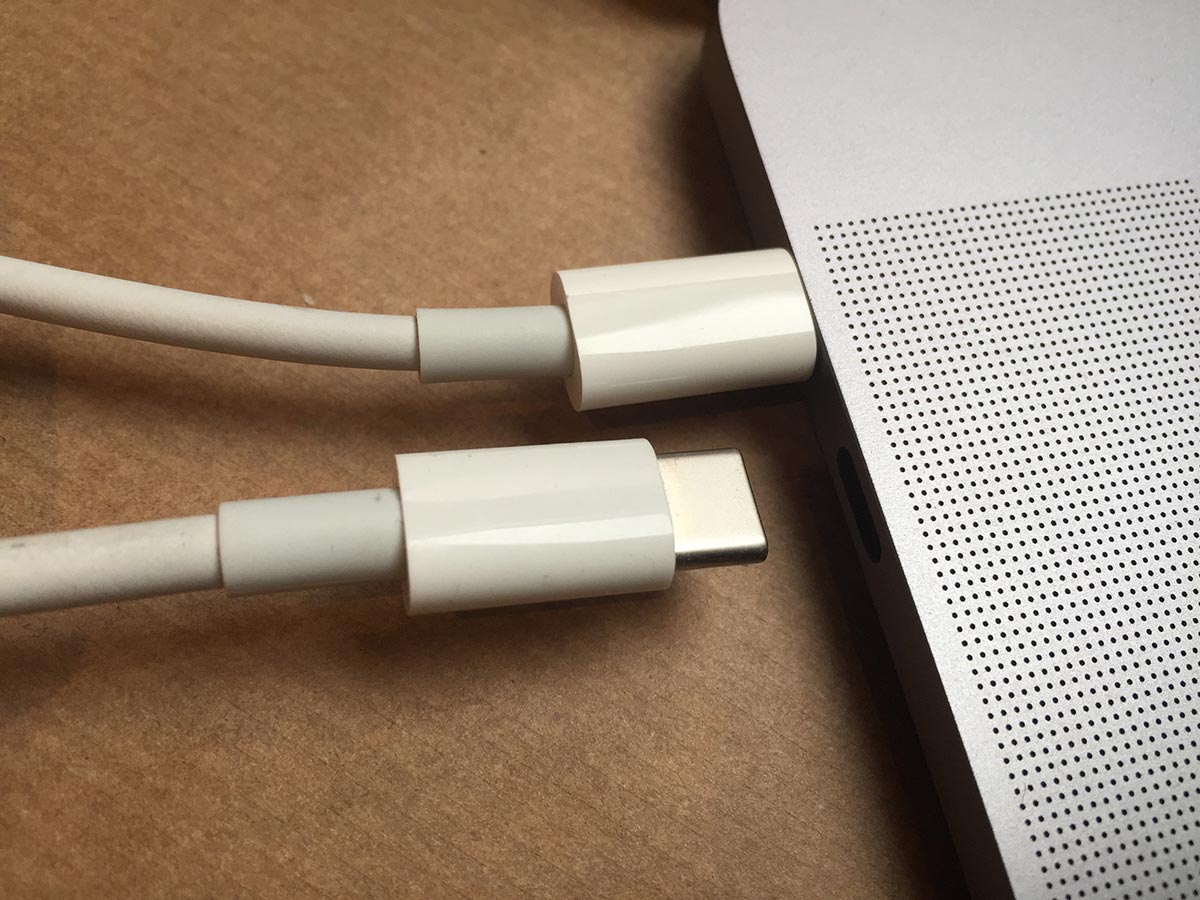 The Touch Bar is great, one finger logging in is very cool for those non Apple Watch wearers and of course comes in handy when purchasing items. 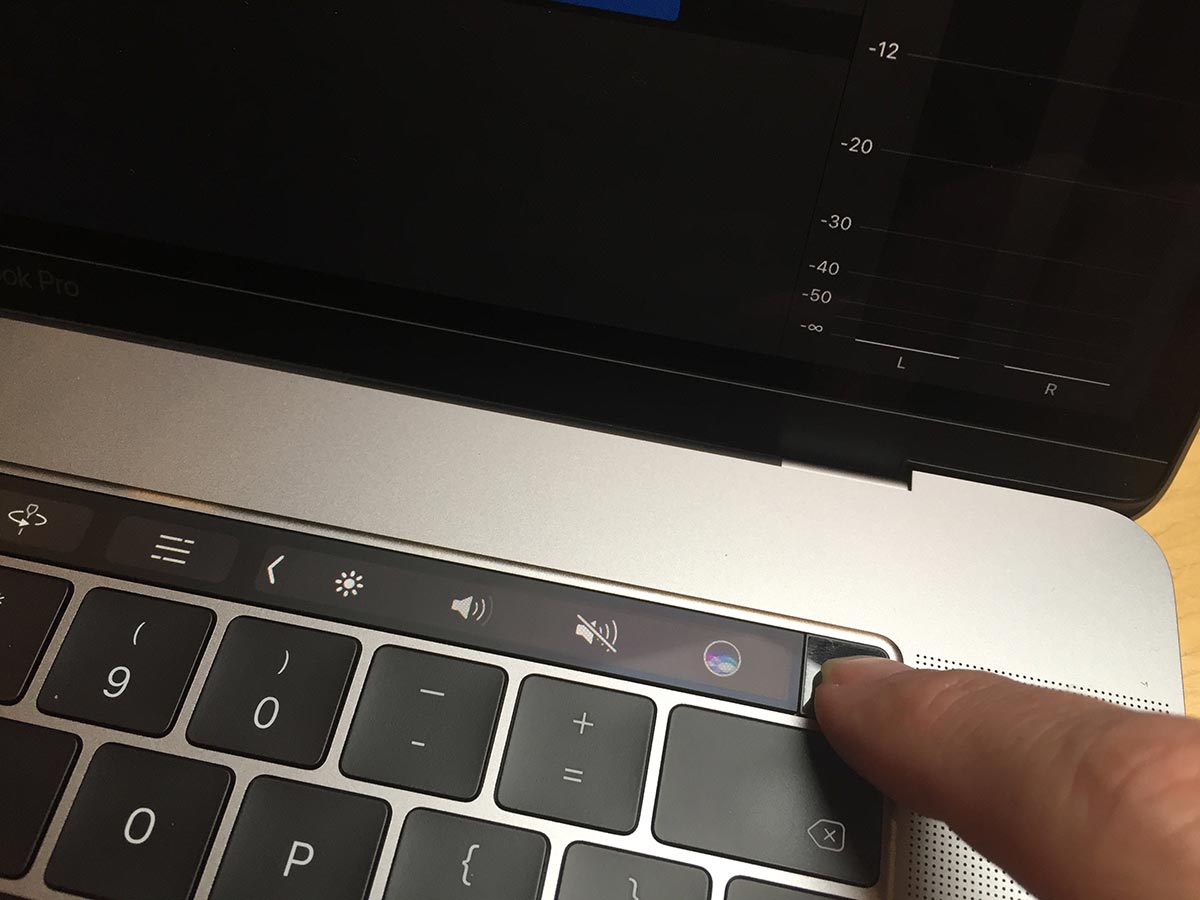 The downside is that I think there is a lot of work to do with Final Cut Pro X and the Touch Bar. The fades are great, but why can’t I access the pucks in the colour board? Why can’t I automate the audio levels of a clip by riding the volume level? It seems that Apple has all the pieces in place for some amazing FCPX touch functionality, I do hope the next update brings a LOT more of FCPX’s control to the Touch Bar.

I like the new butterfly keys. Then again I do like keyboards that have a certain clickiness to them. Going back to the old scissor keys on the 2012 model makes them seem very spongy.
The larger track pad is very easy to get used to and going back to the 2012 model feels like you are navigating a postage stamp. I have had colleagues battling with palm rejection, I didn’t come across that problem.

But isn’t this article all about speed? Yes, but I though it was worth touching on some of the design changes of the newer models.

I can offer you two speed tests on the machines, one very accurate and the other a quick and dirty way of showing the FCPX performance bump you can expect from upgrading from a previous retina model.

Let’s start with the accurate Geekbench 4 test which is a great way to rank a machine’s power. You can test the CPU and GPU grunt independently. The higher the number the better.

Which brings us on to a more practical demonstration of power and this time from within FCPX. 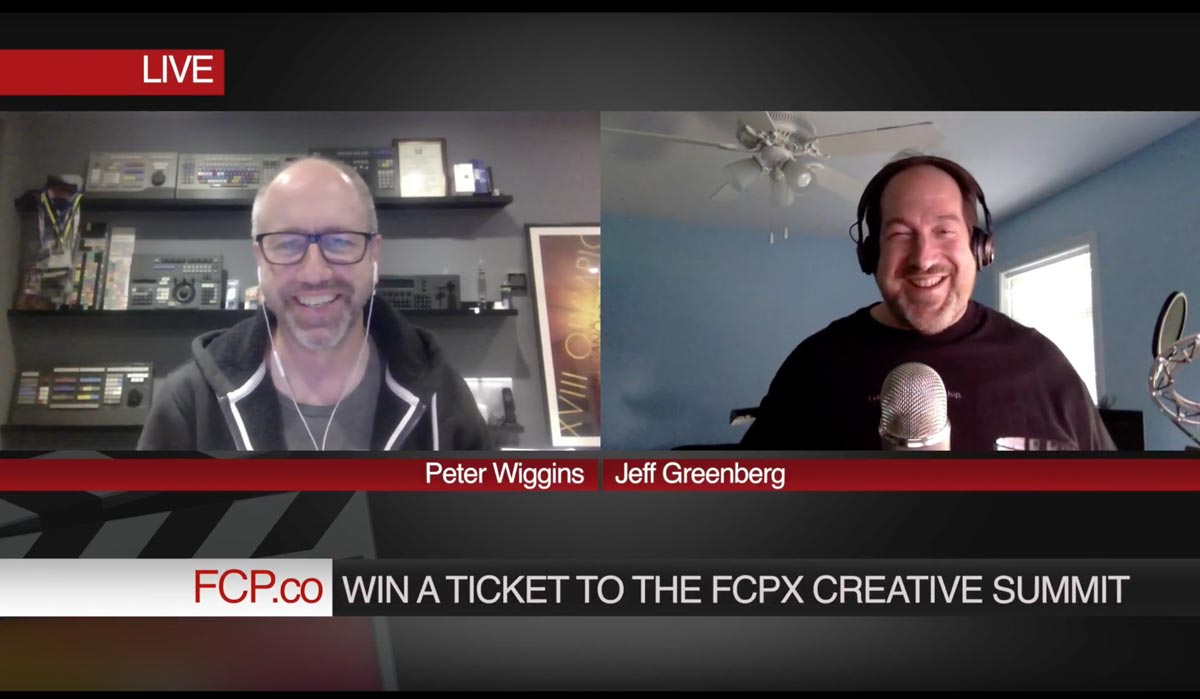 You might have seen my recent chat with Jeff Greenberg where I built a multicam edit out of a Skype recording and then used some News Graphics over the top.

Initially, I edited the the hour long conversation on the 2012 model and set the project to export. Nothing special, just 1080p 25 frames a second with repositioned video and titles.

I knew it would take a while, but I didn’t expect that after two hours it would be stuck on 1%! No problem. I copied the FCPX Library to the 2017 model and started the export again.

It finished in under an hour. Impressive.

There seems to be a crowd of people that will always bash Apple by taking the opposite stance and I think the launch got slightly coloured by those negative reports. All the new MacBook Pros are good machines.

Dongles are not a problem, the Touch Bar isn’t just a gimmick and the maximum 16 GB of RAM is more than enough for most apps. I also don’t want to carry around a gaming laptop that’s even larger than my first Powerbook and weighs considerably more just to up the RAM count.

I think the cost gets harder to justify and although Apple dropped their prices on the refresh, £3,000 is still a lot of money, especially compared to PC models. Then again, there is a Pro in MacBook Pro and should you average the cost out based on my previous usage, £2 a day for a machine that I make money with isn’t bad

Would I buy one? Yes, upgrading from a 2012 machine, the FCPX performance is quite staggering. If I already owned a Sky Lake model, then the small increase in performance wouldn't be worth it. The next iteration should contain Kaby Lake Refresh processors with a modest speed bump rather than the new, extra cored Coffee Lake processors that we probably won’t see until next year. So no real worries that a current model won’t get completely overtaken in a very short timespan.

Buying this model also means that any manufacturing problems in the original Skylake version should have been sorted out and of course the new machine will be taking advantage of High Sierra.

So time to get the credit card out! 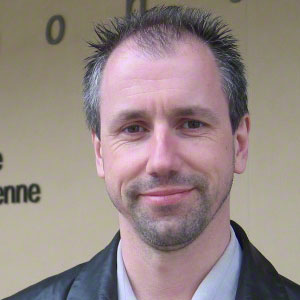