As promised, we return with the second part of our look back at the Final Cut Pro X user stories of 2014. It all got very interesting, very tekkie and very, very creative.

If you haven't read the first selection of FCPX user stories of 2014, take a look here. If you've done that already, on to the second half of the year and you won't be disappointed.

Just click on the headline or banner image to go to the individual user stories.

August got off the ground (quite literally) with a story from Matthew Celia about the production and editing on FCPX of "Off The Floor."

The documentary grew up with FCPX as it was started in 2011 and migrated through the different updates. A common thread to the FCPX stories is emerging - Fun. FCPX gets out of the way and allows the editor to concentrate on the creative process, which is the fun part of our job!

The Summer was of course FIFA World Cup football time. Joe Castellano let us in on how he produced a promo with ESPN for the biggest sporting event in the world.

Worth a read how Joe managed to collate and then select all the footage needed for this multiscreen extravaganza. Yep, you guessed, keywords.

12 screens? How about 64 onscreen at a time. Was Final Cut Pro X up to it? Of course it was and Svein Sund very kindly took the time to tell us how he created the project.

He's not a Adobe Premiere fan, checkout his reasons why he chose FCPX and his speed comparisons between the two NLEs.

Sam Mestman goes back to Bulgaria after Expendables 3

Could a young FCPX editor with no feature film experience mirror an Avid edit on a major Hollywood film?

"On one side, a 22 year old editor with no feature film credits tasked with delivering an assembly cut of a feature within two days of the movie finishing shooting. She would have to do all of her own transcoding, media management, and prep work.

On the other side, the Avid Unity team… who would just work as they normally would, with a lead editor, assistant and standard DIT/transcoding workflow.'

Find out what happened in the article.

The big one. A 70 terabyte XSAN, four new MacPro FCPX suites and editing whilst still recording using Softron's Movie Recorder. Lots of kit, lots of untested workflows, lots of pressure. How did it all perform? 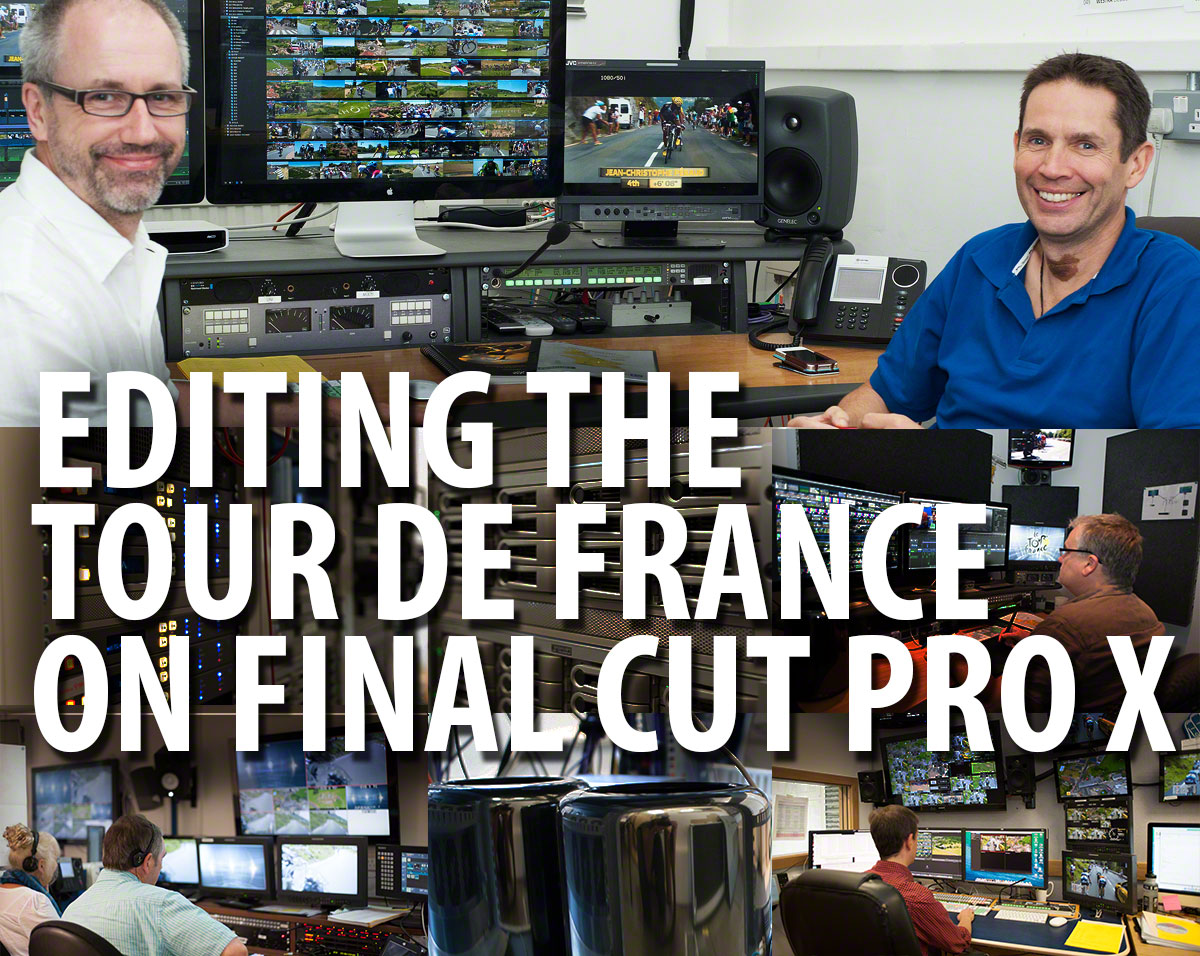 A great story from Chris Mckechnie that quite rightly ended up as a Staff Pick on Vimeo. Sometimes it's hard in the middle of a big complicated job, surrounded by tough deadlines and even tougher budgets to remember that our skills can make a difference. A difference that is not a commercial one, a difference in improving a life.

Thomas Grove Carter's second FCPX user story is certainly unique. His Honda commercial has definitely two ways of looking at it. Very creative and FCPX was up to providing the solution to editing two commercials on the same timeline. A must watch.

One of the first and an example that many other broadcasters will be watching closely. Dutch national broadcaster EO integrated the digital asset manager Cantemo Portal with Final Cut Pro X.

A production in Australia used Final Cut Pro X to edit films for multiple screens in a live performance. Video, music, dancers and over 60 live cues in the show - how was it done? We have to thank Tim Maisey for this rather unique FCPX user story.

What happens when you put Final Cut Pro X in the hands of a respected Director/Editor who has grown up with flat bed editors, in-camera effects and classic animation techniques, who has worked with Lightworks, Avid, classic FCP, Shake and Flame and who says (quote) he is “too lazy” to read manuals and to always learn the newest software?

So there you go, a diverse range of stories with one thing in common, Final Cut Pro X.

A huge thank you to all who took the time to document and share their stories. It looks like FCPX has grown up a lot in the last 12 months and we look forward to what the next 12 will bring.