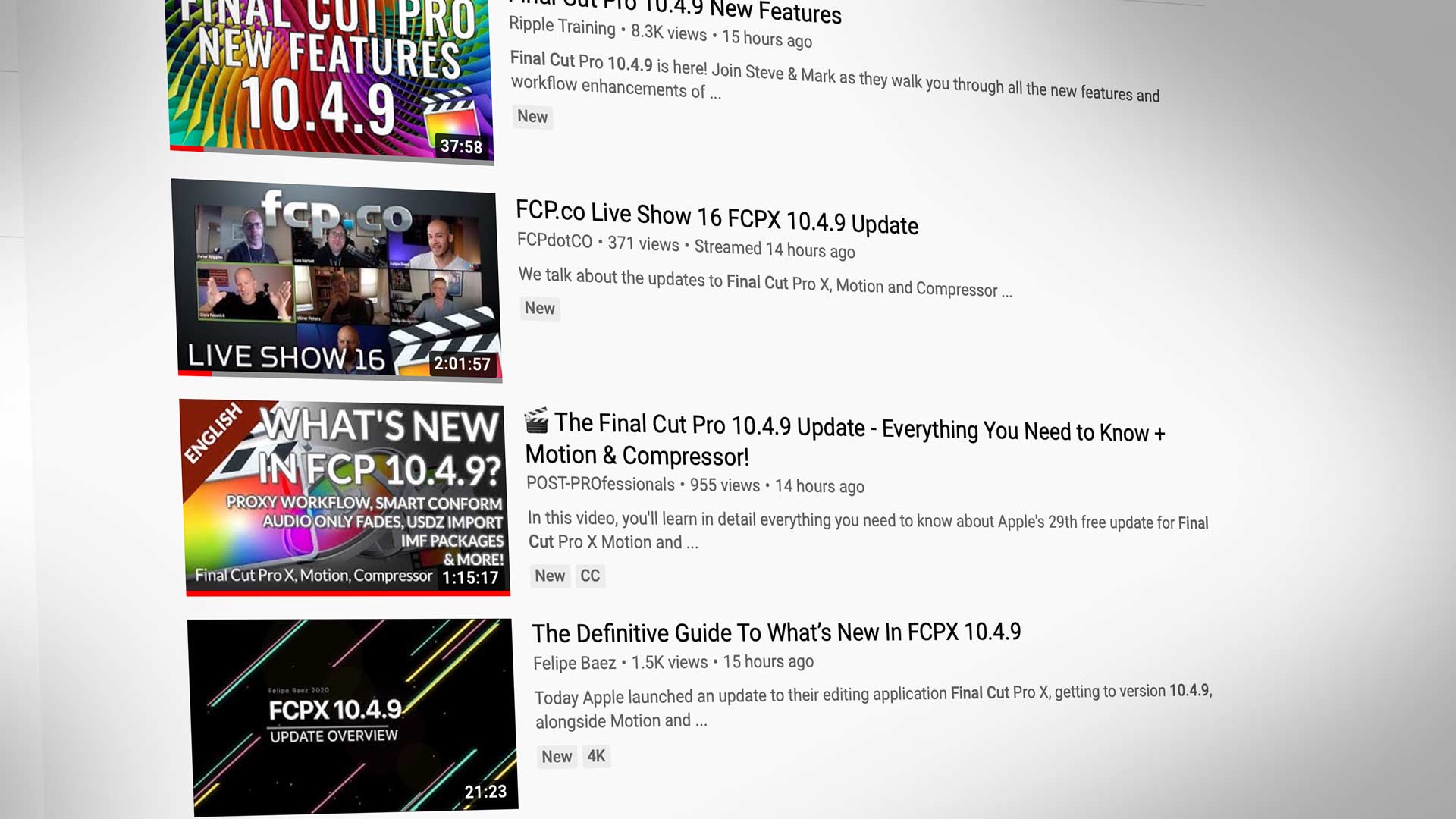 Less than 24 hours after the 10.4.9 release and the tutorial videos are starting to flow in. We've put together a collection of ones we think are worth a watch and will add more when they appear.

First up is Robin S Kurz with a thumping 75 minute tutorial on FCPX, Motion and Compressor. Nice to see that he's covered a lot of things others would miss such as IMF package creation. If your first language is German, Robin has done it all again for you here.

Steve Martin and Mark Spencer from Ripple Training are right in there with a forty minute tour of the new features in FCPX. They know their stuff, so there's always new things to learn from these two.

We shouldn't forget the video from Felipe Baez that we posted when the news about the update broke. He was first out of the gate on YouTube and runs through the new features, focusing on proxy workflow and mentioning the new upcoming PostLab release.

In this next video, Nick Harauz talks about the new Pro Res Raw color adjustments available by editing a Metadata View. There are more videos about 10.4.9 on his channel.

Mark and Steve are back and this time Mark runs through the new features in Motion. Being able to import 3D models into Motion is huge!