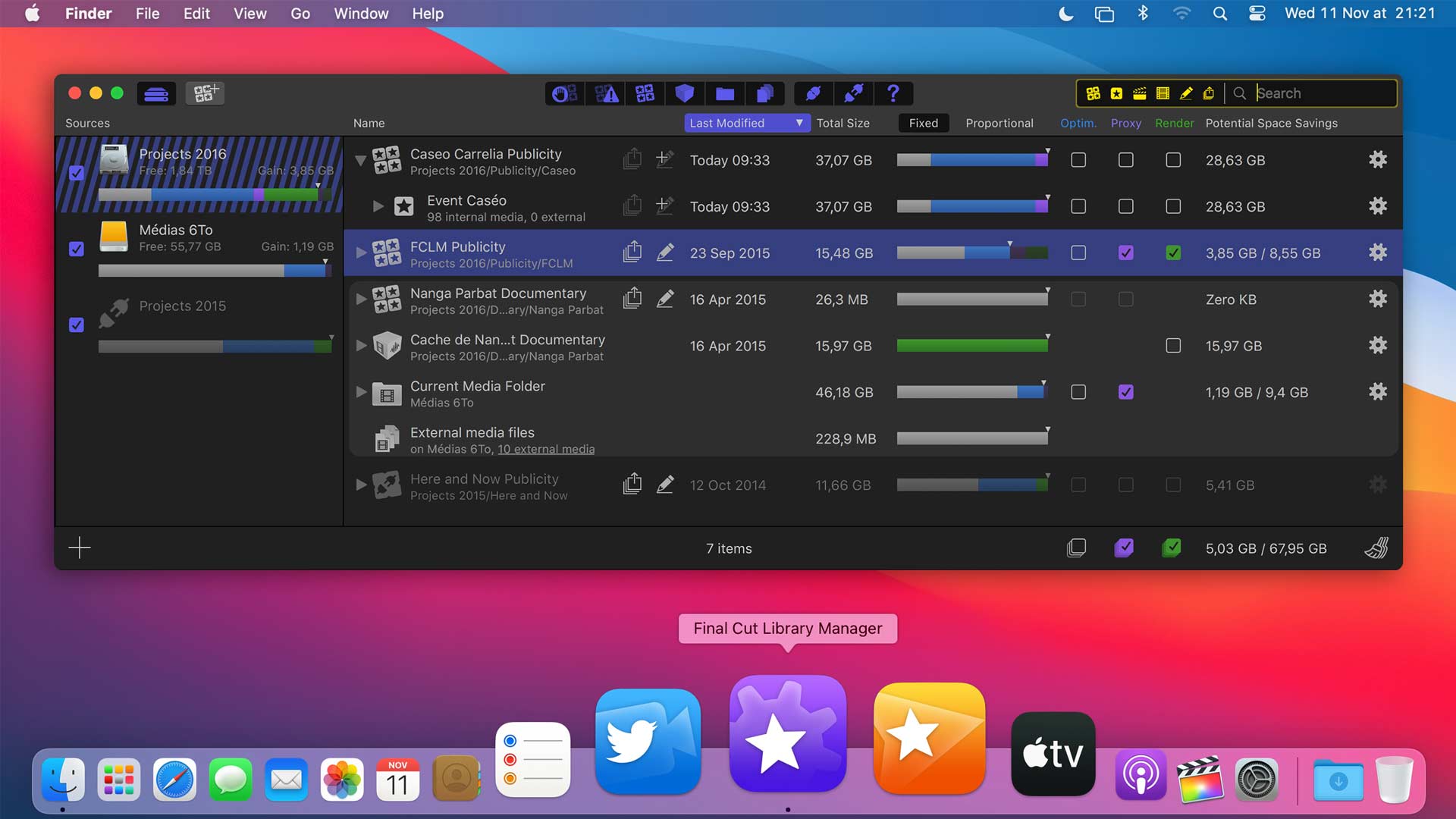 With Big Sur being released today, the race is on for developers to update their software to run on the new MacOS. Straight out off the gate is Arctic Whiteness with Final Cut Library Manager. **Update Now works with 10.5**

Before we let Vincent Zorzi from Arctic Whiteness tell us about the update, please take the normal warnings about upgrading a MacOS. Don't do it mid project and don't do it unless you have the boot drive backed up. Maybe a good time to check when your last TimeMachine backup was!

Now 6 years old, and with more than 44 updates, we’re proud to announce that Final Cut Library Manager is receiving its 45th update, this time to support macOS 11 Big Sur.

Final Cut Library Manager 1.0 was released in March 2014. At the time, macOS was called OS X Mavericks 10.9, and it didn’t yet have today’s flat design. Final Cut Pro was only at version 10.1.1 and it definitely wasn’t yet welcomed by the audio-visual community!

Year after year, beyond simply adding the many functions requested by our users, we’ve had to consistently adapt to new workflows and the technical evolutions of macOS and FCP.

Every update to FCP requires that we verify that FCLM works correctly. Each release of FCP requires careful attention to ensure that we don’t break your libraries, and that we can still read all the information from them that you need. We need to take account of changes to the FCP libraries formats while still being able to read metadata from your old libraries. It’s time-consuming, but we feel the results are worth it!

New versions of macOS require us to adapt to new interface changes, and Big Sur has been no exception. We go above and beyond to create an interface that fits well with Final Cut Pro (which itself uses Apple’s private Pro App UI). Big Sur caused us a few headaches, but we’ve solved all those problems and we’re as proud of our interface as ever.

About the exciting new M1: Like all software, initially, it's Rosetta 2 that will allow FCLM to run on it. But of course we will release a Universal Binary version as soon as we have been able to perform all the tests.