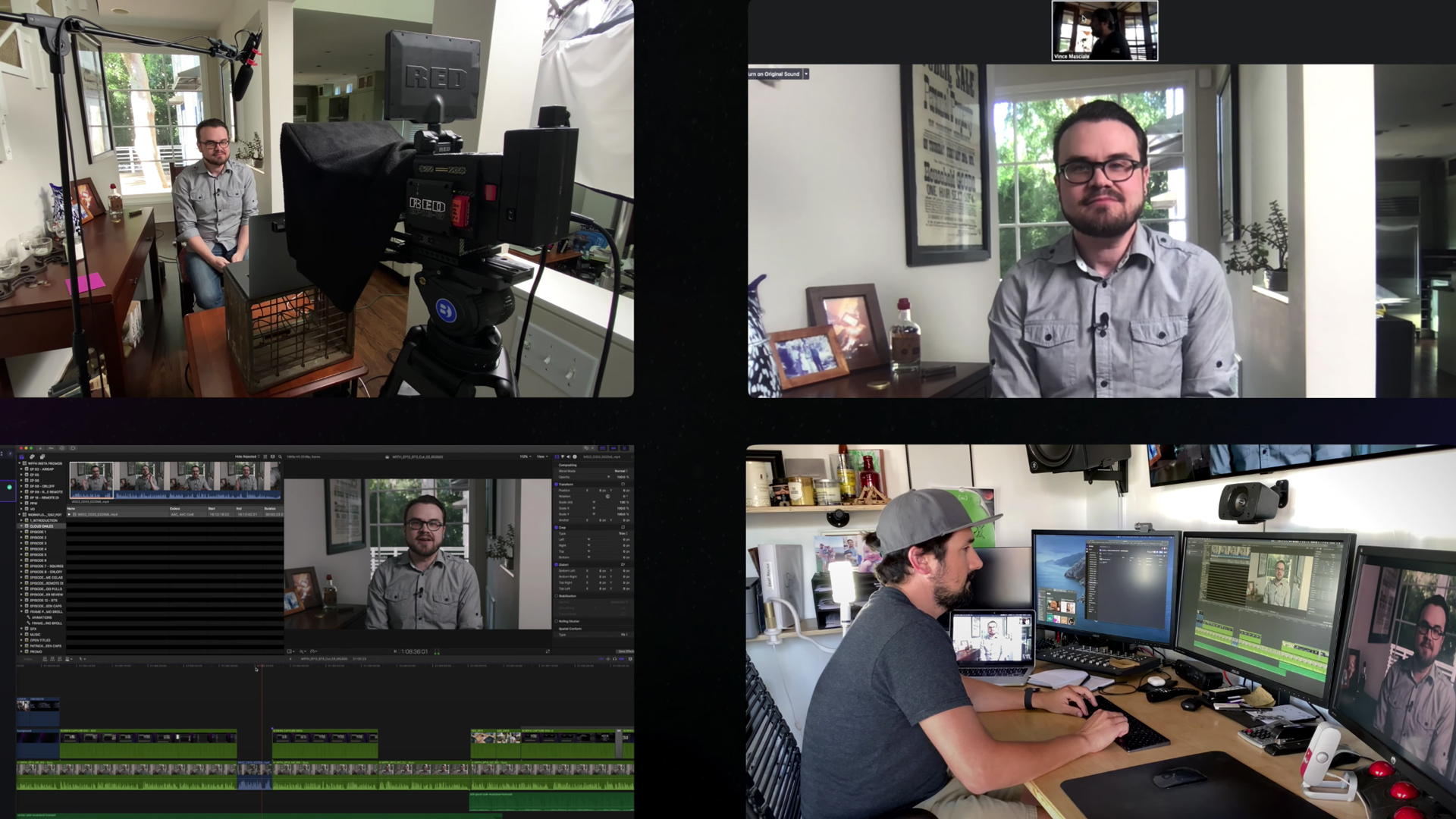 When Frame.io embarked on producing their 'Working From Home' series, they didn't realise that they would be testing out a new workflow.

We are sure many of our readers use and rely on the online review service Frame.io every day. It speeds up the review and approval process to the point where editing isn't really the bottleneck anymore.

So what are the next steps? How can the workflow improve?

Well, we might have a bit of an insight from Frame.io and their working from home videos. In episode 12, they turn the cameras on themselves to show how the team took on their own technology and favorite tools to create their first ever series all while fully remote.

Why did they choose to edit with FCPX?

In a nutshell, using Final Cut Pro X as the NLE - because it can do a few things no other NLE can - Frame.io used their own hybrid cloud workflow as follows:

Now, the question we asked after watching the video was how did the camera originals get into the cloud in the first place. Frame.io responded:

'Michael used prototype equipment that is an H264 hardware encoder in which SDI vid is wirelessly sent to the encoder (8bit H264 file, 8Mbs/ uploading at 18Mb/s) Audio is separately sent to a ZOOM audio recorder and then looped into the hardware video encoder and muxed.

Vince is using the FCPX extension and the entire project has been based 100% on H264 offline. More can be found in our blog article from the HPA published this spring.'

This is one way of working for large productions, but we can see bigger benefits for more customers if for example, Frame.io partnered up with Dejero. That would really give editors access to rushes as they were being filmed. Imagine watching a clip grow in a filmstrip as it is being shot!