We now know the name of the new macOS that should be released later this year. At Apple's World Wide Developer Conference in San Jose California, macOS Mojave was introduced and its got a great 'dark mode' that will work well with the Pro Apps.

We have to be slightly disappointed with the keynote presentation from WWDC this year as there was no new hardware announced. Cast your mind back to last year's WWDC and how can you forget the debut of the iMac Pro. So we were half expecting a sneak peak of the new Mac Pro that is scheduled to arrive in 2019.

MacRumours put together this supercut of what was new at WWDC 2018.

We had to wait over an hour and a half to get through the new iOS, watchOS and tvOS before we got to the announcement of the new macOS, Mojave. 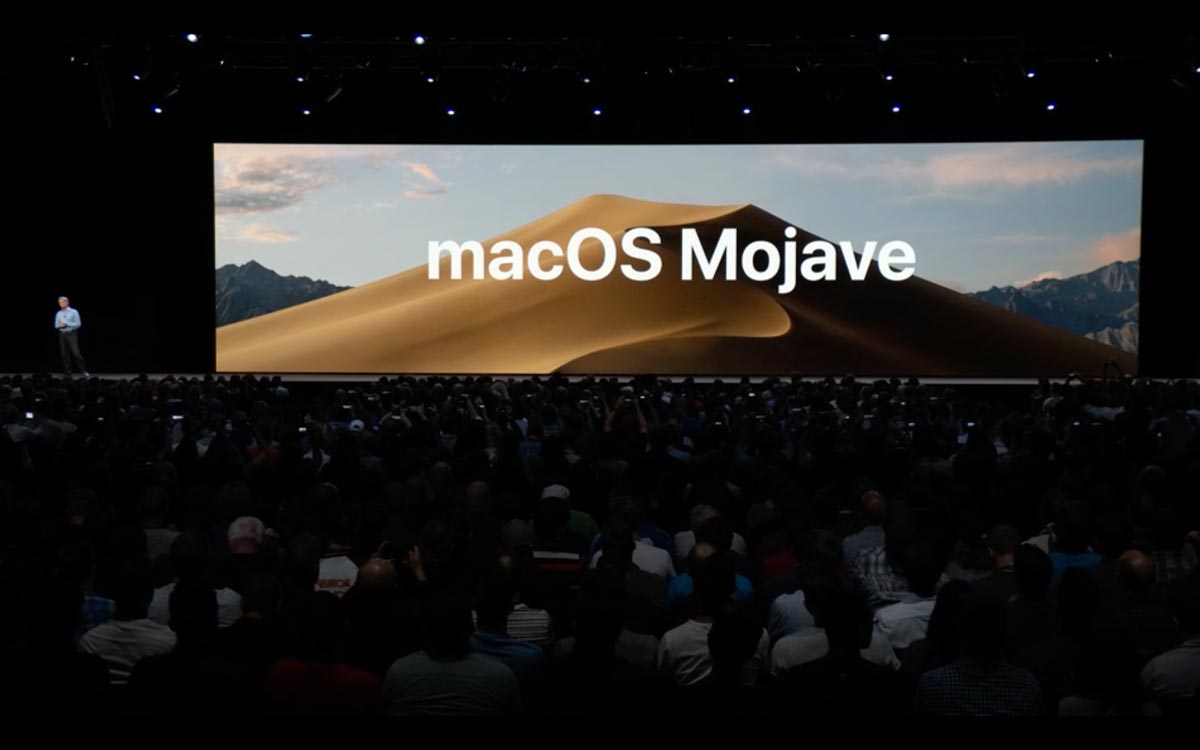 One point that should mute some of the more vocal Mac bashers was Craig Federighi's answer to the question of macOS and iOS becoming one. 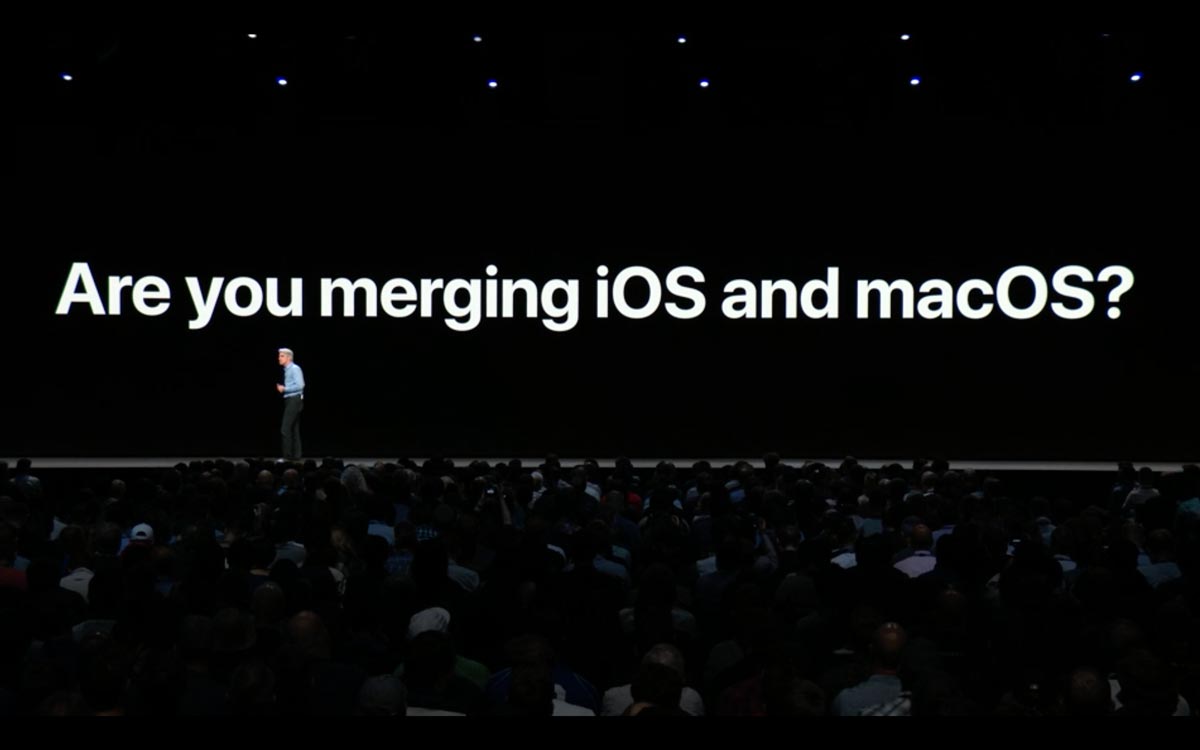 The answer was short and straight to the point. 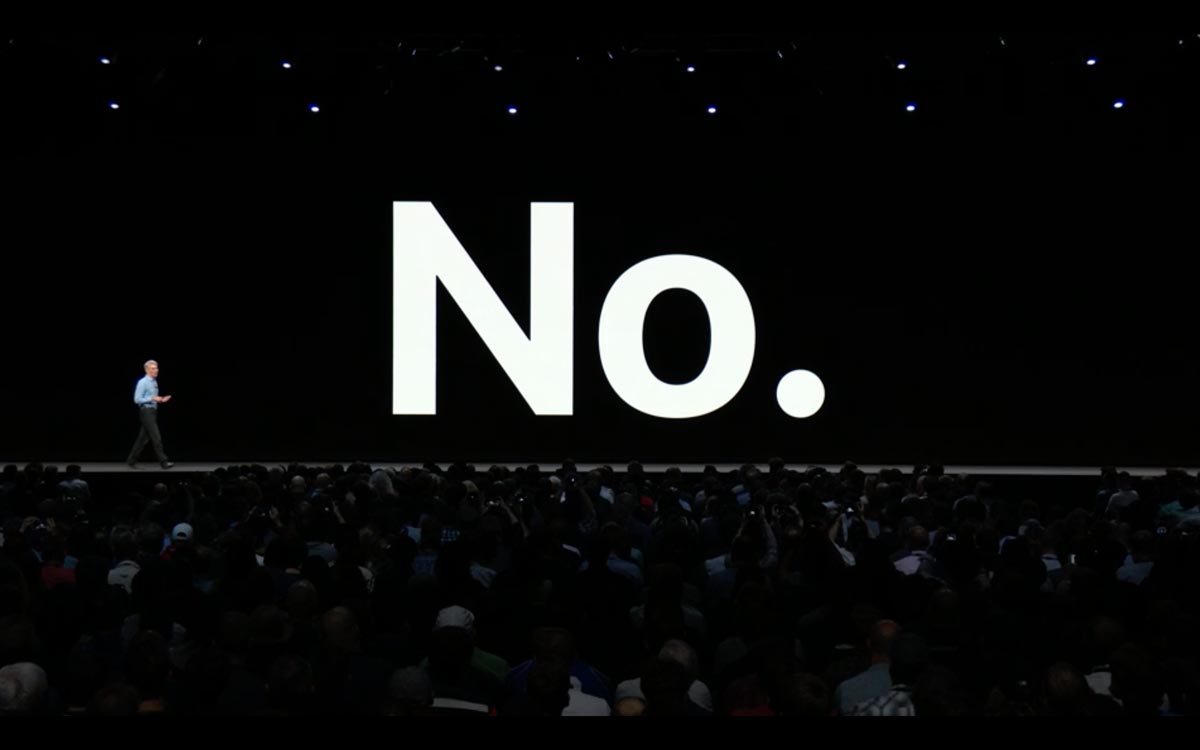 If you are thinking of installing Mojave on your Mac, it will probably only work on 2012 models and later. So if you have one of the first unibody retina MacBook Pros, you should be ok. You'll need a 2015 MacBook to run it though.

The main change (along with the obvious performance update) is a system wide 'dark mode' which looks gorgeous. We have to say that FCP.co has been in dark mode for nearly eight years so it's nice to see everyone catch up! (Bonus points if you've noticed the boxes on the left of this text are in Role colours.)

The Finder in dark mode will really help with the Pro Apps as the current large square of white when you go looking for media in the finder can be quite a shock after the muted design of FCPX. You are already running dark mode for the menus aren't you? You will find the toggle in the General page of the current system preferences if not. 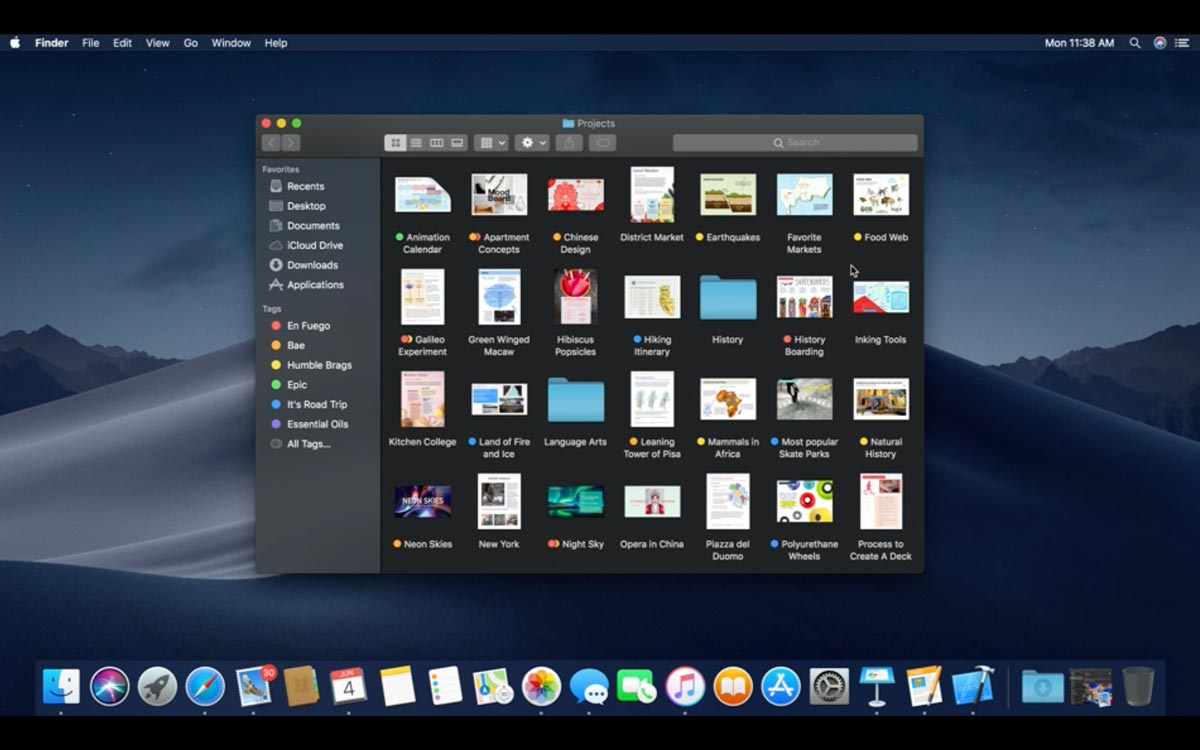 A few other things that sparked our interest with Mojave were stacks on the desktop and an improved Quick Look. 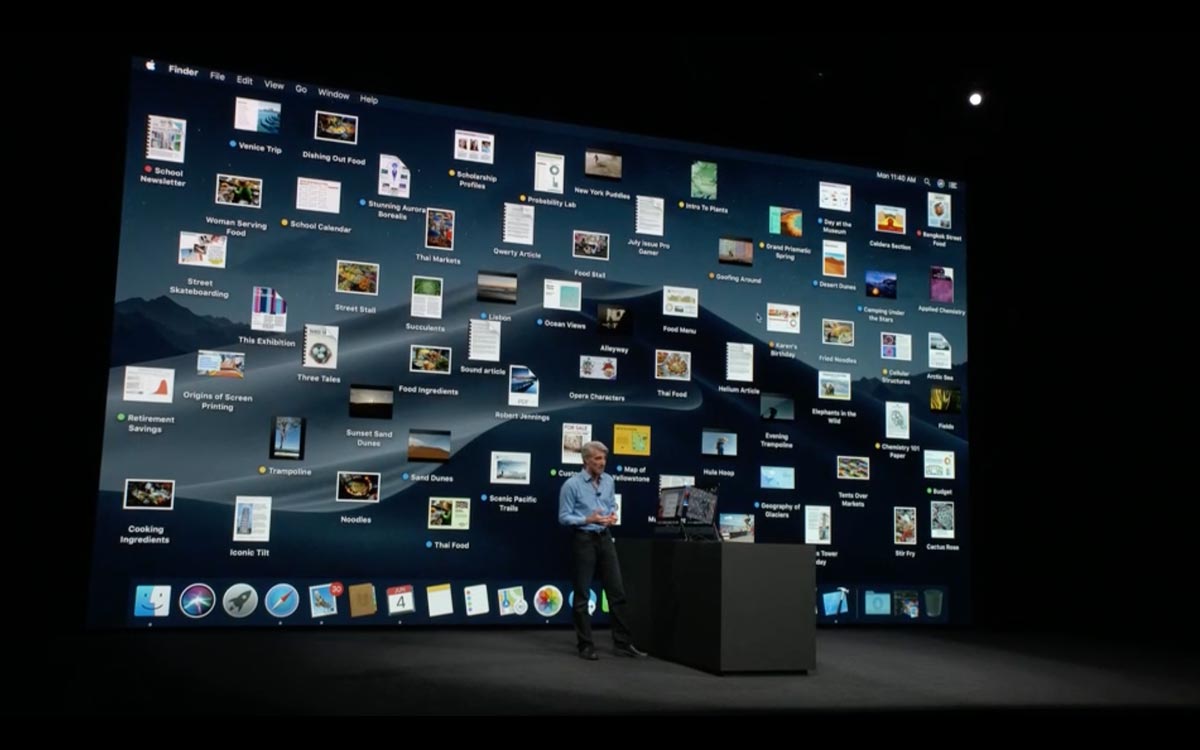 If you suffer from a cluttered desktop, then Mojave can organise the files into stacks. You can see them on the right hand side on the image below. Although this isn't a licence to save to the desktop and forget about it, it should help with organising as we often have multiple FCPX libraries on the desktop for example. 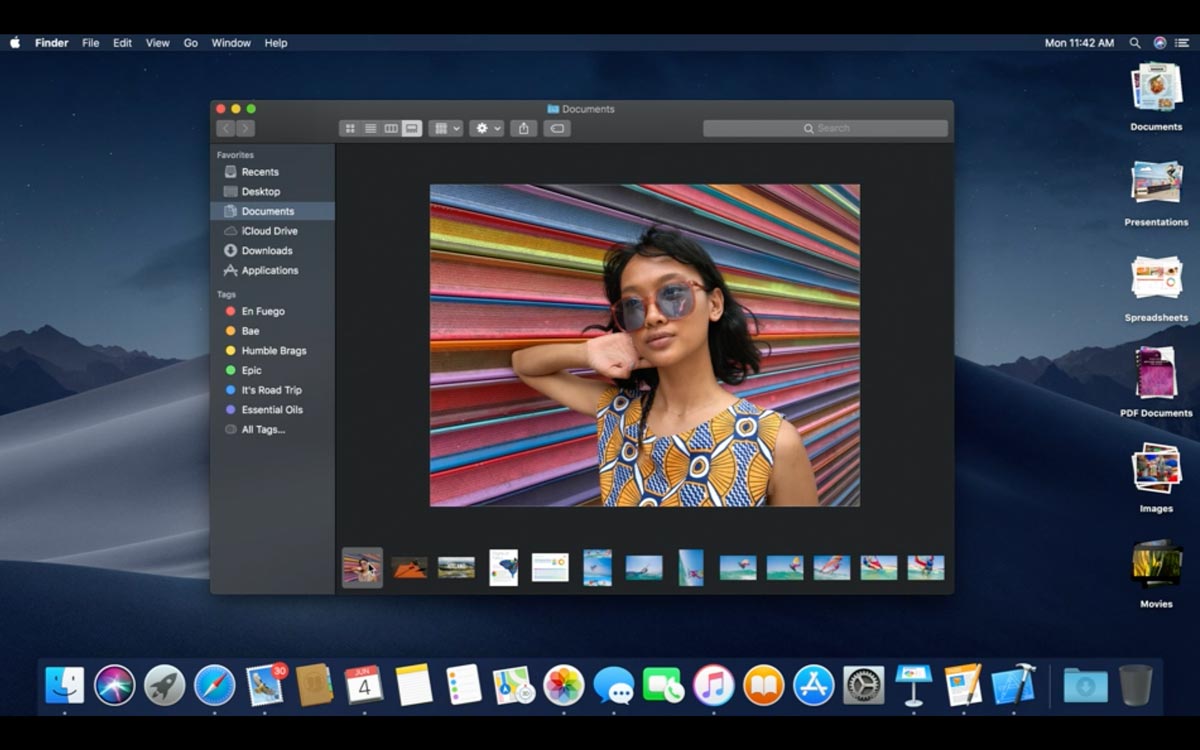 We are a big fan of Quick Look and use it on a daily if not hourly basis for looking at video without having to import it into FCPX first. It is one of our big beefs about Windows machines that they haven't got an equivalent of this real timesaving feature.

Now Quick Look can trim media in macOS Mojave. This could be very handy for trimming away unwanted video such as clocks whilst making viewing copies or just isolating the required footage from a  long satellite feed or GoPro recording. 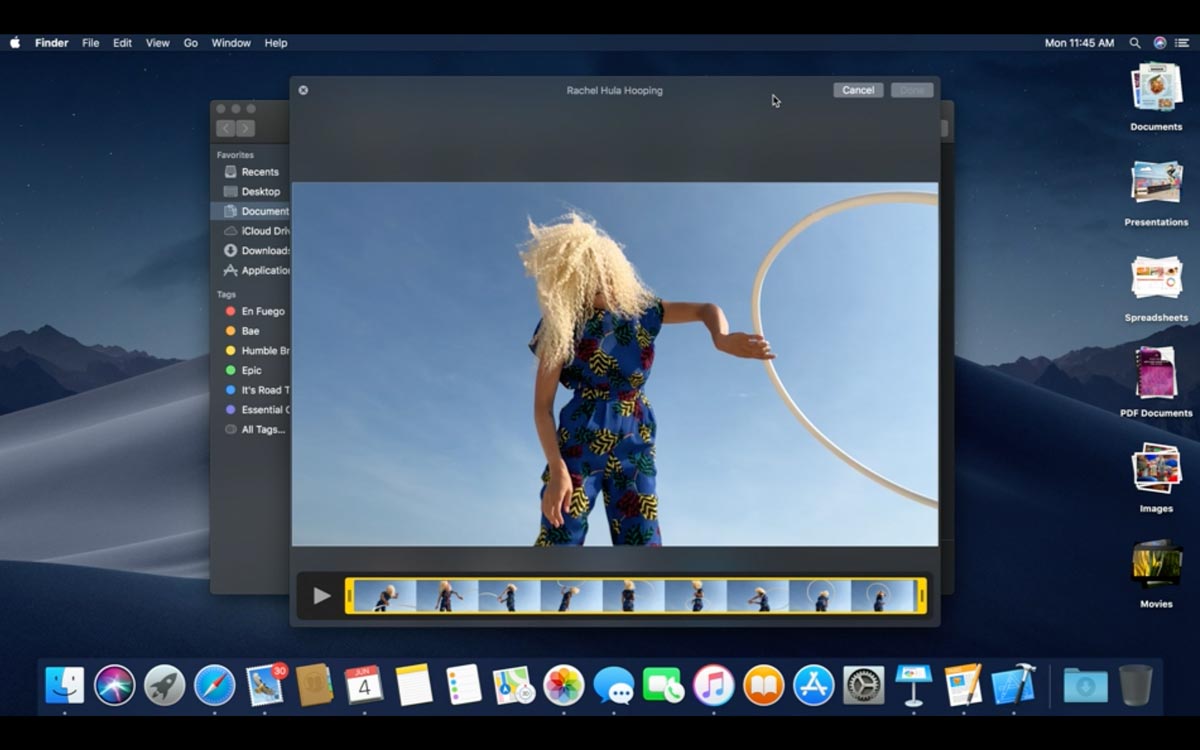 The trim handles also look very familiar and is another indication that the use of video in everyday life is now nothing special, it is taken for granted. Looking at the image above, it now doesn't seem a big leap into iMove or indeed, FCPX.

We were slightly disappointed that FCPX didn't get a mention. They picked out DaVinci Resolve as a test for improved eGPU rendering and at the start, the head of Adobe was invited on stage to talk about the new AR file standard. 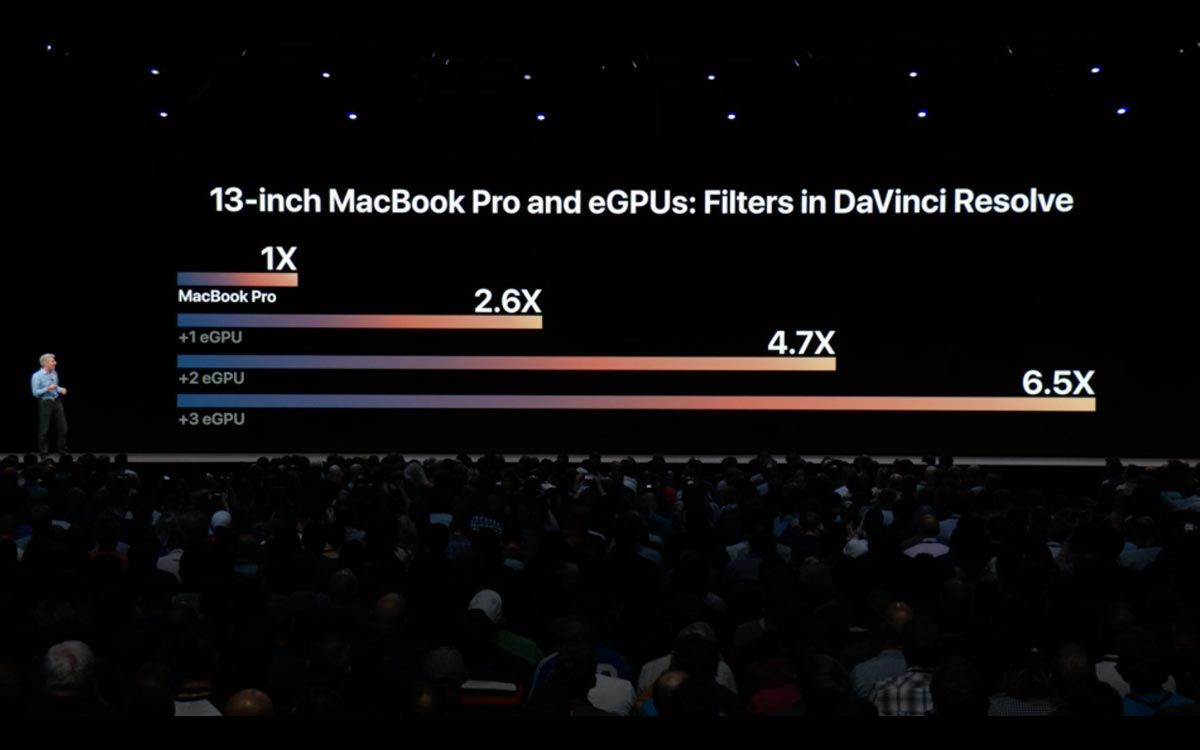 So overall, it looks like a good solid update to macOS will be available later this year. If the release date falls in October, it will be interesting to see if there are any developments with the new macOS and a possible FCPX update at the Creative Summit.