Moving media, not the easiest of tasks even when using the Consolidate tool inside FCPX. Reference X from Tokyocode is a new $4 app that can copy media and export the original media file paths to a CSV file. Now updated to 1.1.1!

Media management can be tricky, but a necessary task if the footage has to go to another application for grading or VFX.

The internal Consolidate tool is great, but it is an all or nothing operation without any reporting. Tokyocode has just released Reference X, a $3.99 standalone application that has more options to copy media from FCPX, Resolve or Autodesk Flame and it also builds CSV reports of media file locations. 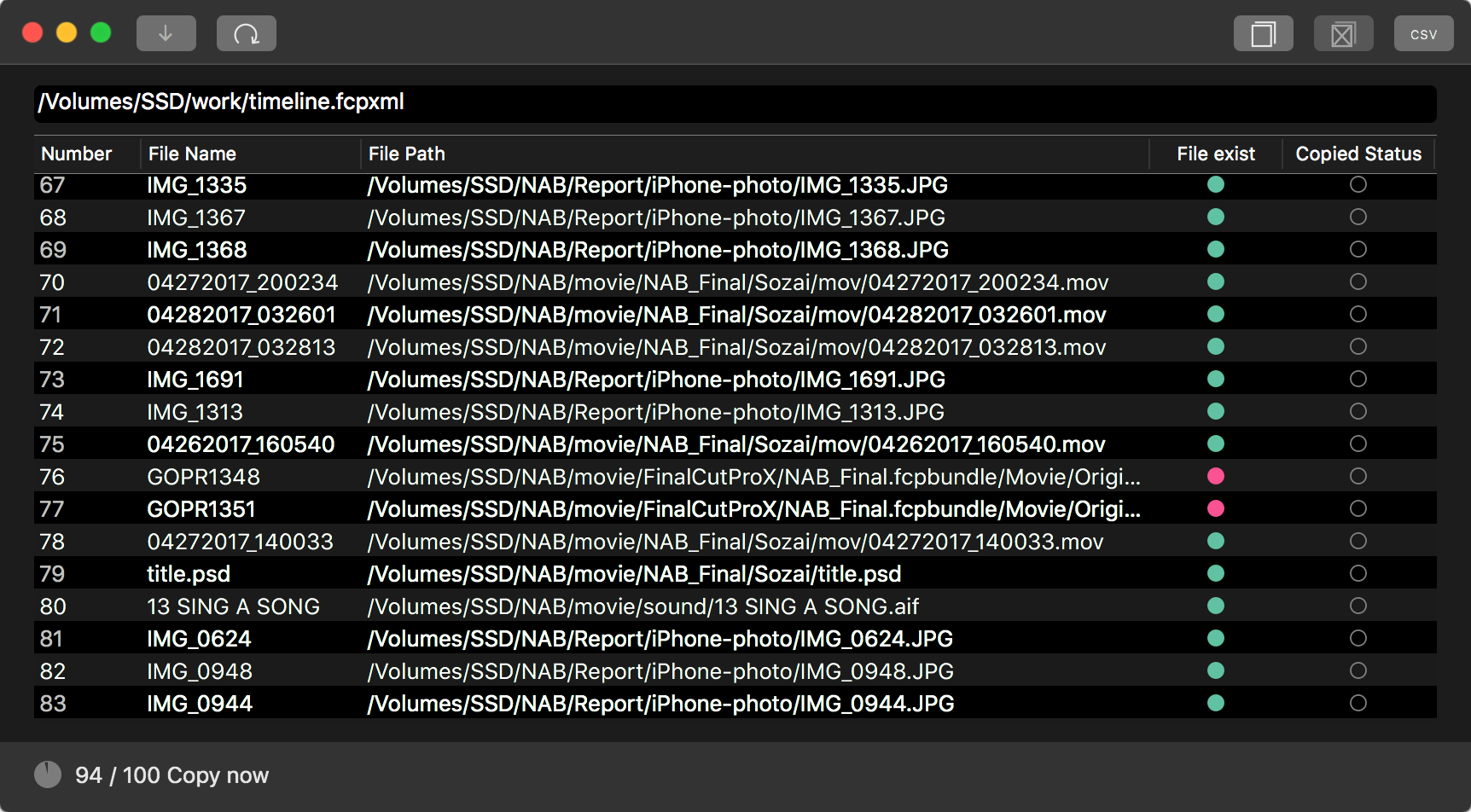 Reference X works by analysing the FCPXML and building a list of all the media (which can be from multiple sources) and then copying everything or only the media used in a Project.

There is the option build a CSV file report of the original media locations.

"When I used Final Cut Pro X and DaVinci Resolve, I got tired copying media files for backup (and archive or move to other Mac) from my project.  I was wantting to do these things easily because the media files are in a lot of areas.

And also I love the Final Cut Pro X and the Apple ecosystem. So I thought I'd make the app for me. And also I think may be this problem is not only for me, so I decided to sell this app in the Mac App Store." 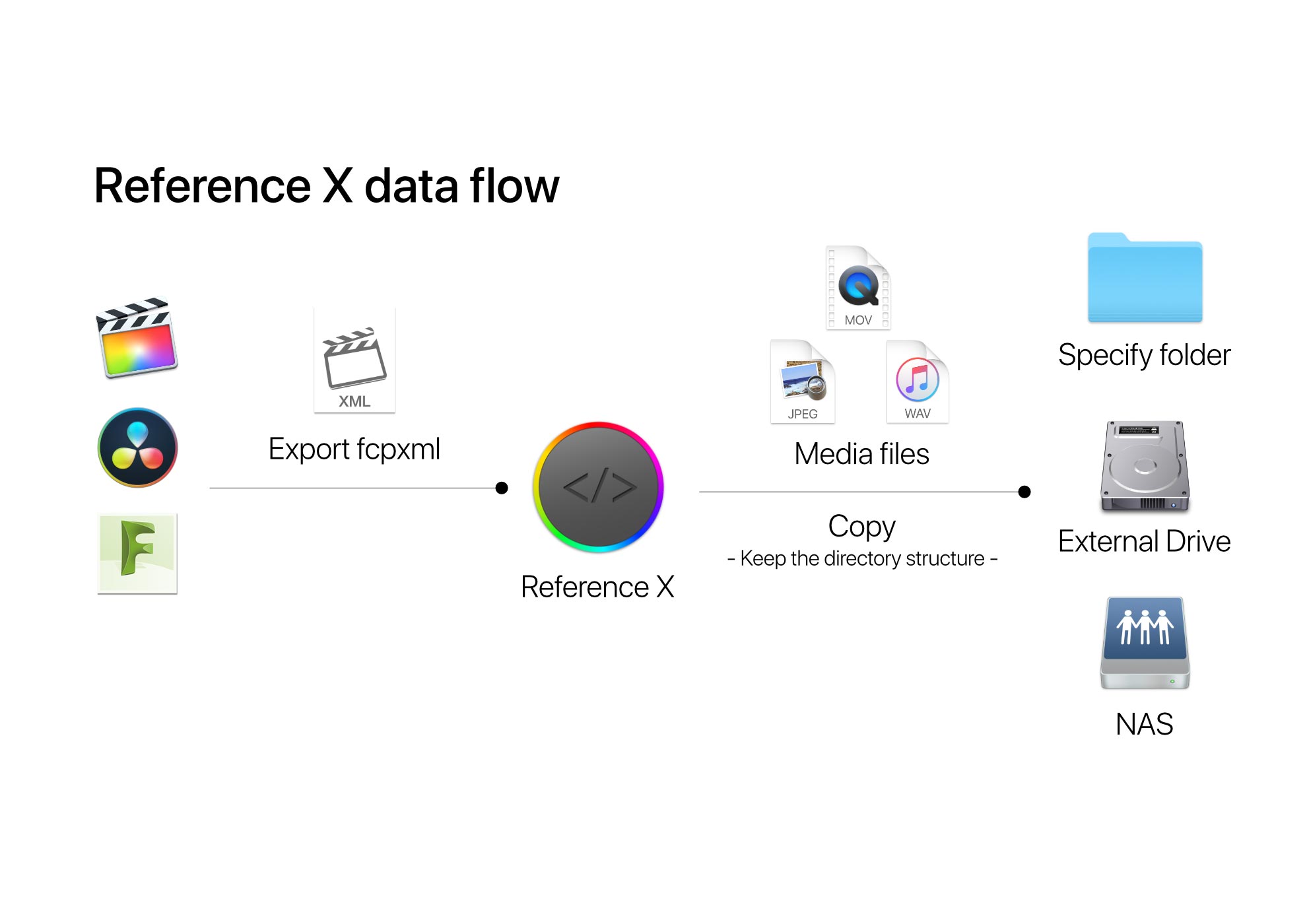 Imagine you have to send ten commercials off to be graded. You really don't want to have to move the Library storage preferences each time if you want the media to be copied into separate folders. The application also keeps the folder structure so that relinking should be easier.

The whole process happens outside of FCPX, which means after exporting the XMLs, the copying tasks can be performed by another Mac if you are using external media locations and not keeping media in the Library bundle!

For more information on the GUI, please check this Labeled Diagram.