From the 24 Hours of Le Mans and the Tour De France to the Norwegian Elections: Using Final Cut Pro X in a High Pressure, Fast Turnaround Environment

Near-live broadcast editing is one of the craziest jobs in our business. You constantly work under high pressure, ingesting, organizing, editing and finishing you program while the event is still going on. And your edit needs to be ready to air as quickly as possible while you have to comply with the highest quality standards. This requires a well-oiled team of very experienced people using hardware and software that is both fast and absolutely reliable. Because there are no excuses. 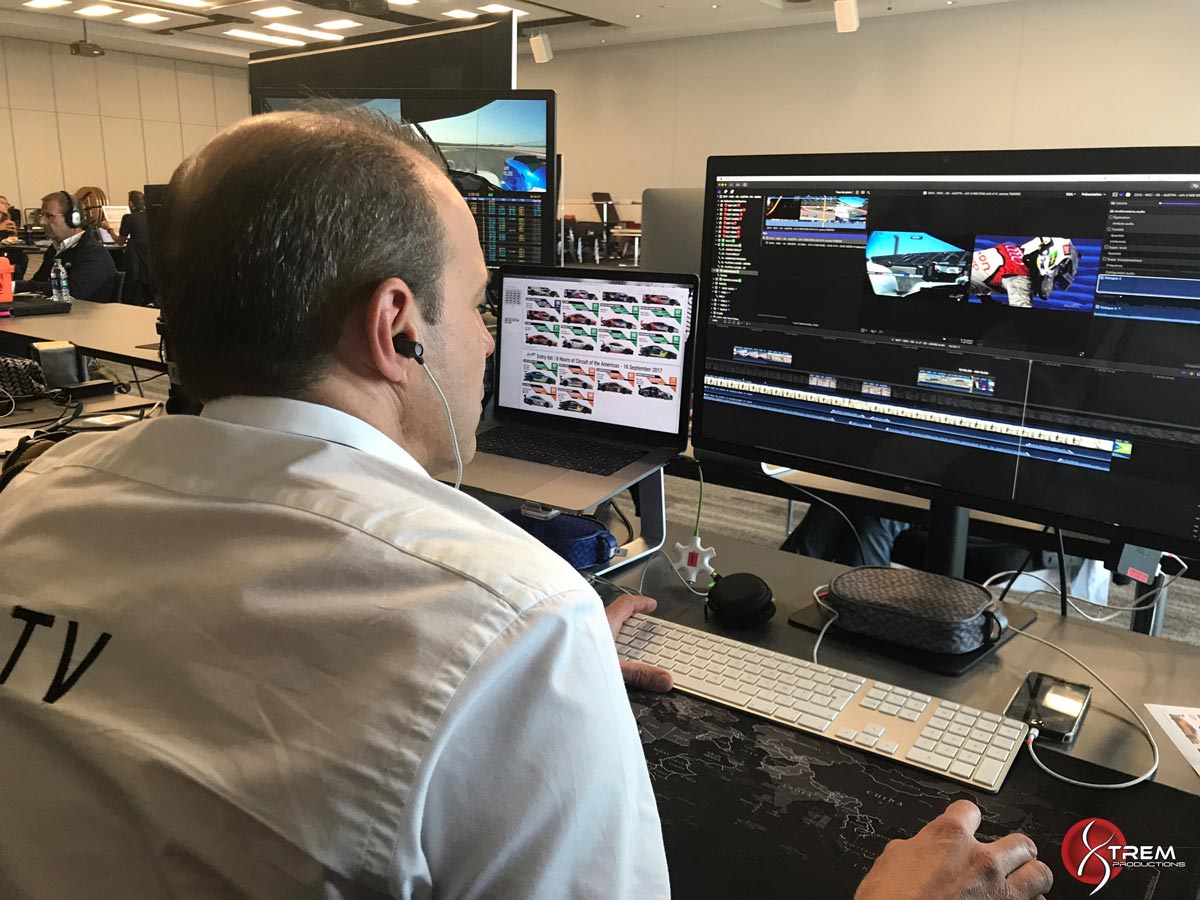 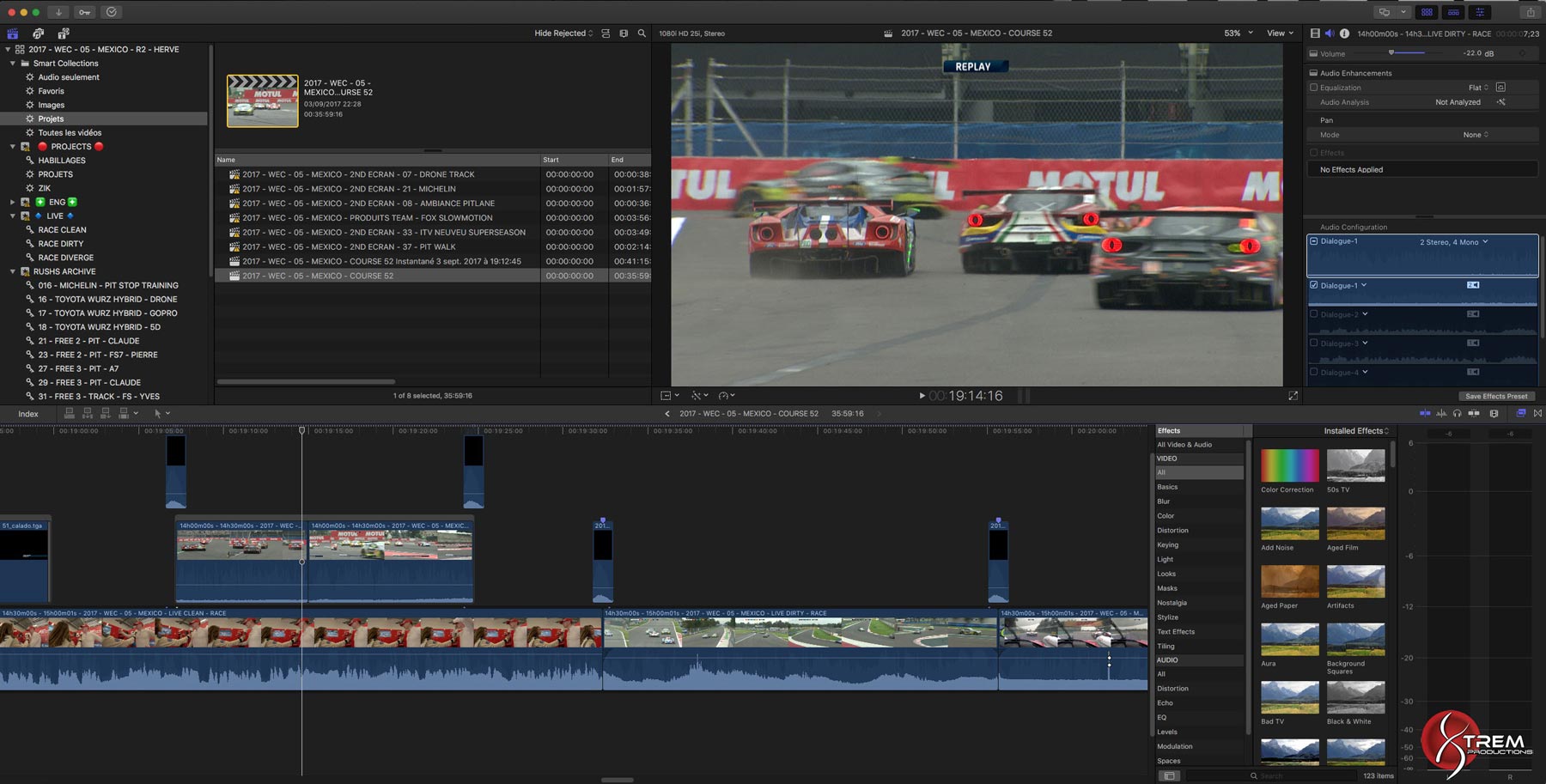 The 24 Hours of Le Mans is actually an 8-day event, starting a week before the race with technical verifications for the teams and drivers. From the Wednesday on, cars are running on the track for tests and qualification sessions. In that week, the Xtrem team provides tons of short edits for social networks, broadcasters and news teams. 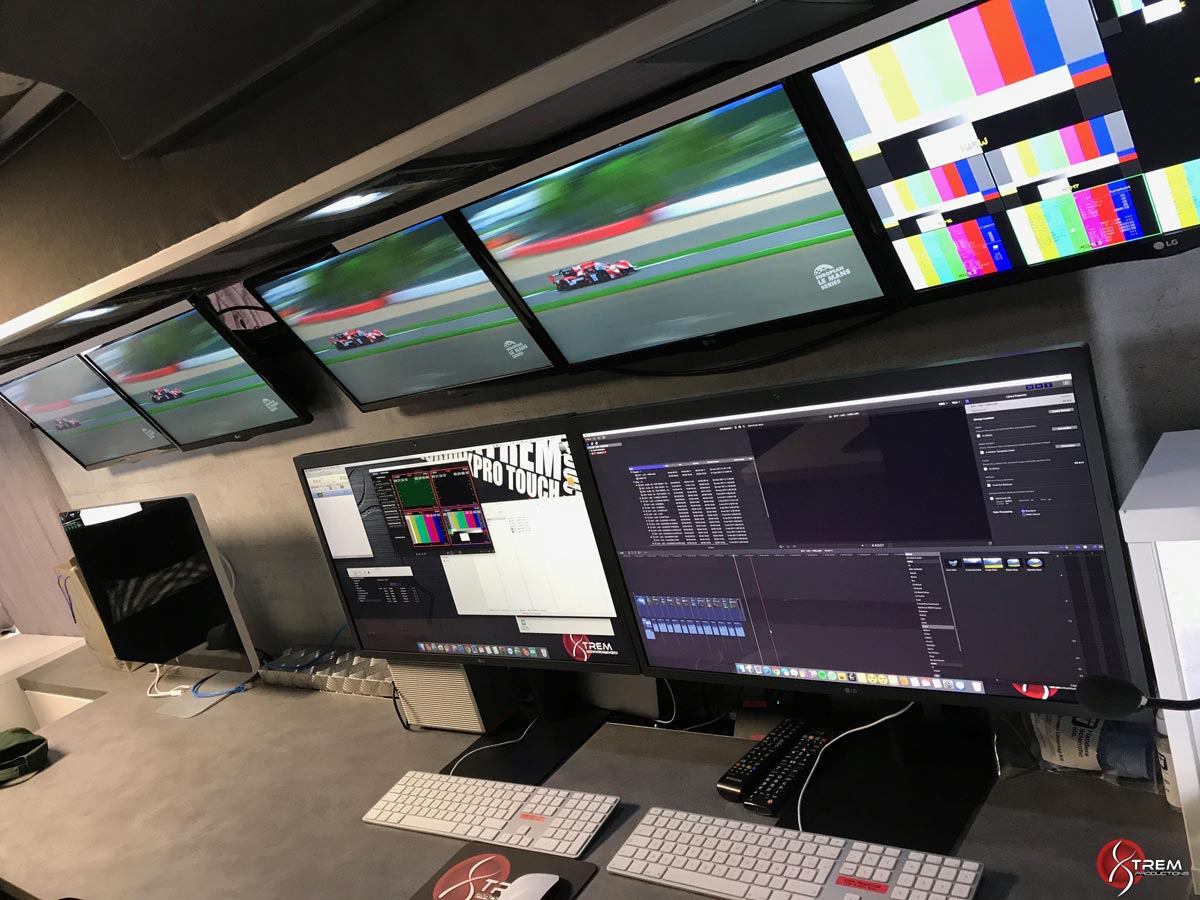 The real race runs from Saturday 3 pm to Sunday 3 pm. During the race, they ingest a huge mix of material coming from 54 available sources: live feeds from OB cameras and onboard cameras, replay feeds, and recorded footage from different ENG cameras (FS7, A7S, 5D, Gopro, Drone). They handle a total of about 100 hours of live material, and 50 hours of ENG footage. Live footage is ingested in Prores LT, ENG footage in native formats. 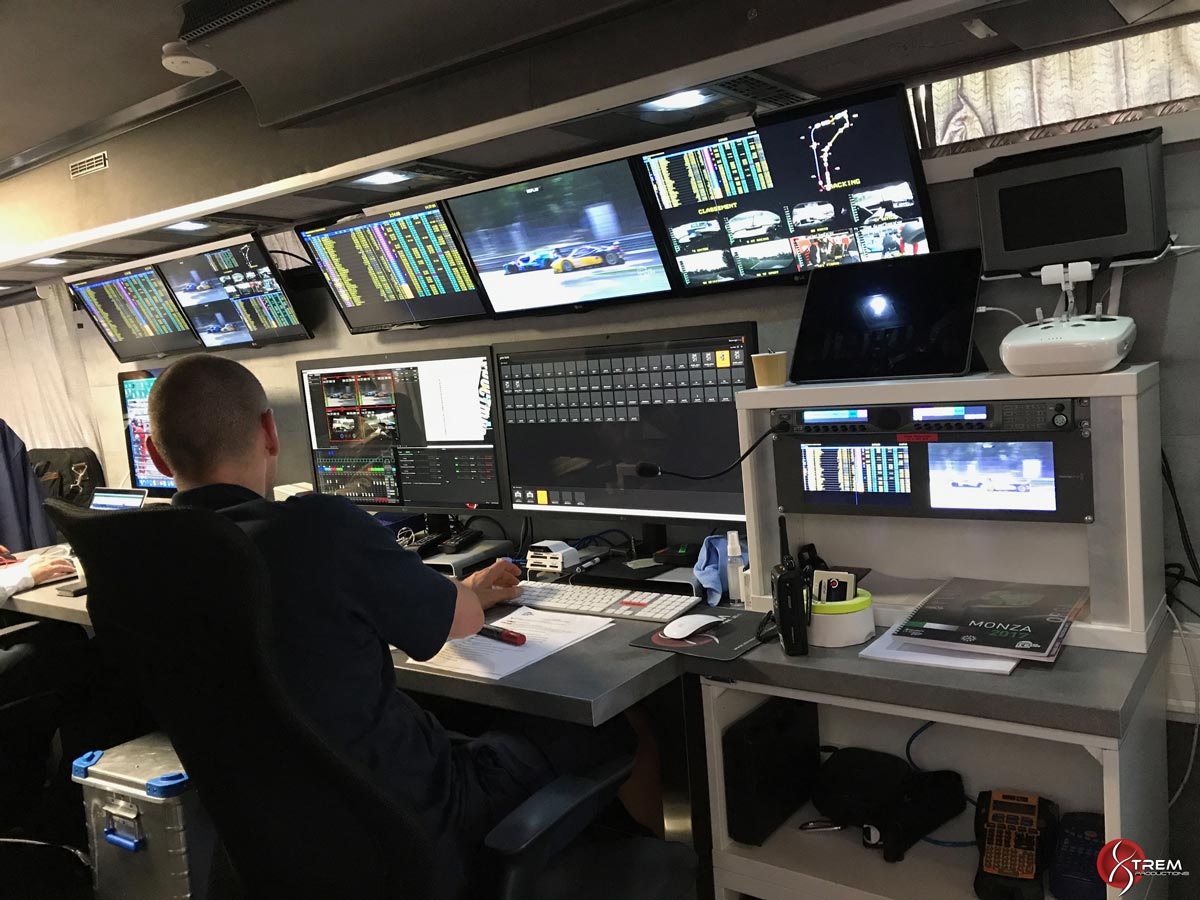 They have 2 Mac ingest stations running Softron Movie Recorder to ingest the live streams, 8 FCP X stations for editing and motion graphics, and they use Softron On The Air for live playout. Their post production team consists of 5 editors, 3 journalists, 1 IT person and 1 media manager.

A few hours after the Sunday closing ceremony and podiums, they need to deliver a 52 min ready-for-air program voiced in English for international TV broadcasters such as Eurosport. Later, a 90 min movie of the race is produced for theaters. Everything is done right within FCP X, from ingest to delivery. 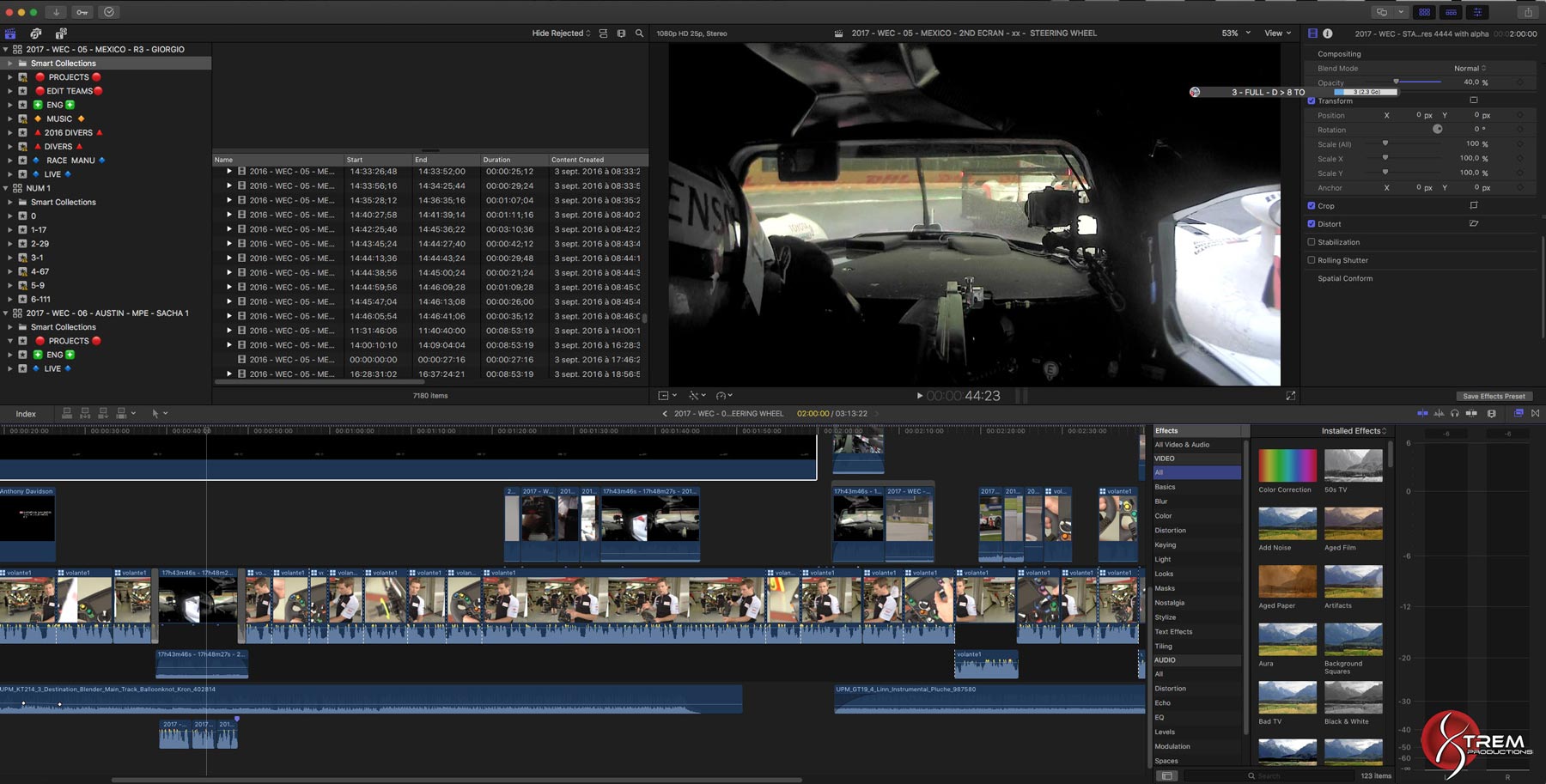 We have seen the Xtrem team at work at the European Le Mans series in Spa, and it was an amazing experience. With their systems connected over a 10GbE network to a fast Jellyfish Mobile server in their post production van, Sascha and his team delivered extremely high-quality content working with tons of media under extreme pressure.

They say that, because of its unrivaled speed and stability and the fact that you can do everything from start to finish staying in the same interface, Final Cut Pro X is a perfect fit for these demanding workflows.

If you want to get a feeling of the atmosphere at such fast-paced events, watch this short trailer for the 24 Hours Le Mans race 2017:

On to a completely different sport, but an equally iconic sporting event. Our own Peter Wiggins works for the 4 big terrestrial broadcasters in the UK, mainly on annual sporting events, and he has been editing the Tour de France for 22 years now. 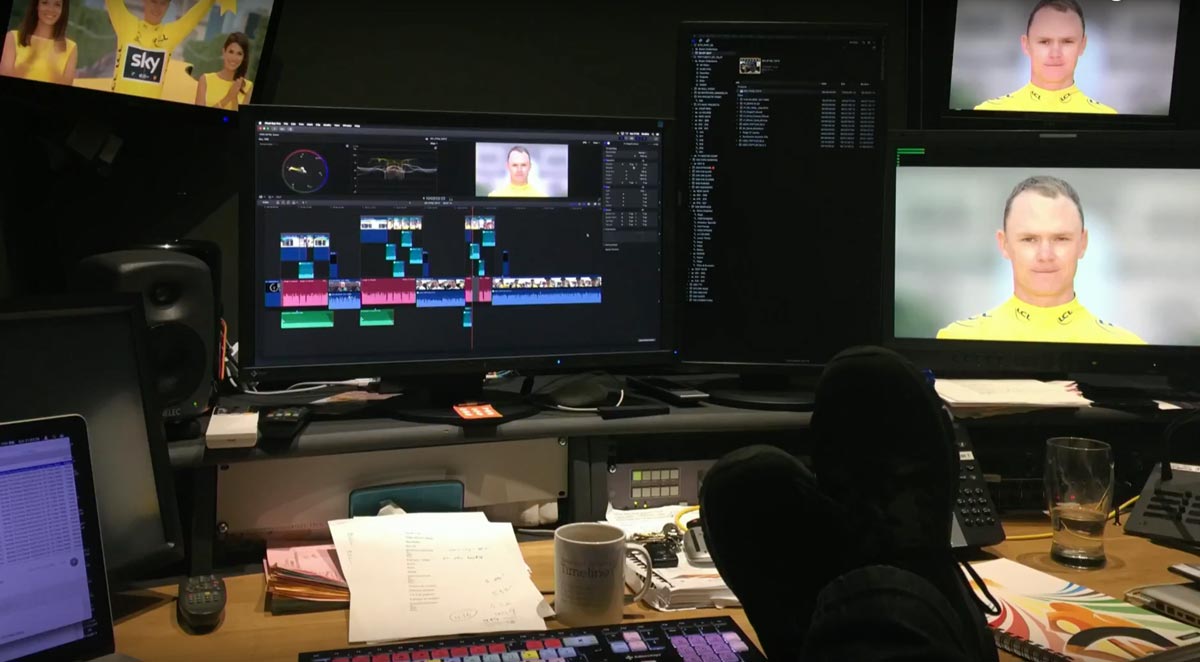 In his presentation at IBC, Peter explained how he uses Final Cut Pro X to edit large live broadcast events that get transmitted the same day, such as the BBC Snooker event, the World Track Championship, and of course the Tour de France. 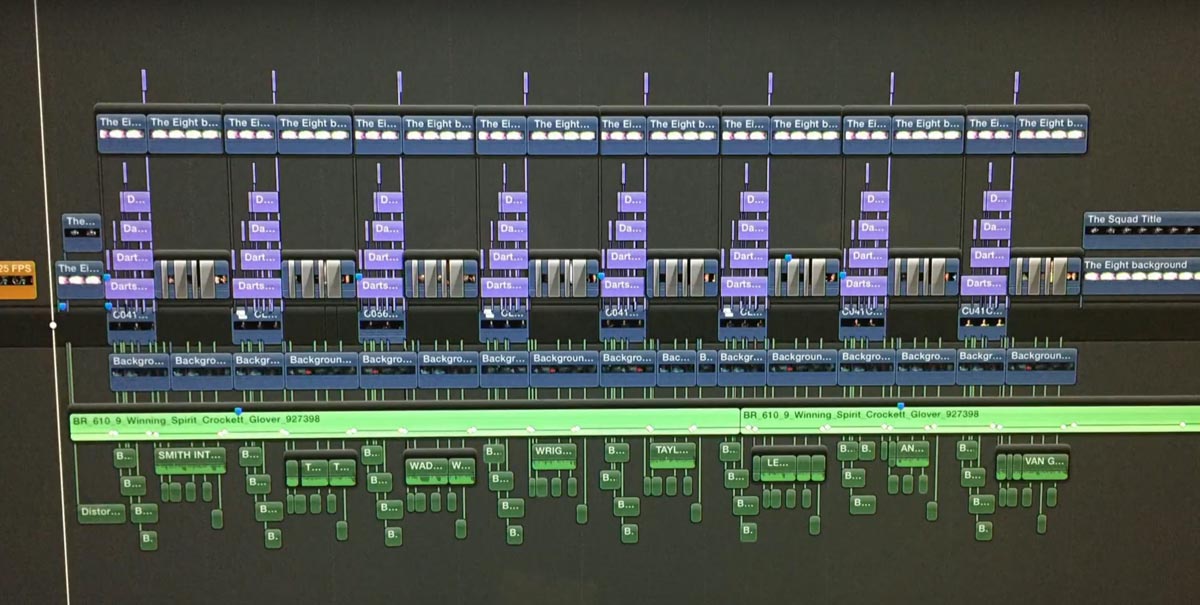 He also showed how he created the opener for the Champions League of Darts for BBC1 and BBC2 in FCP X 10.2., and he shared a lot of tips that will speed up your editing workflow. 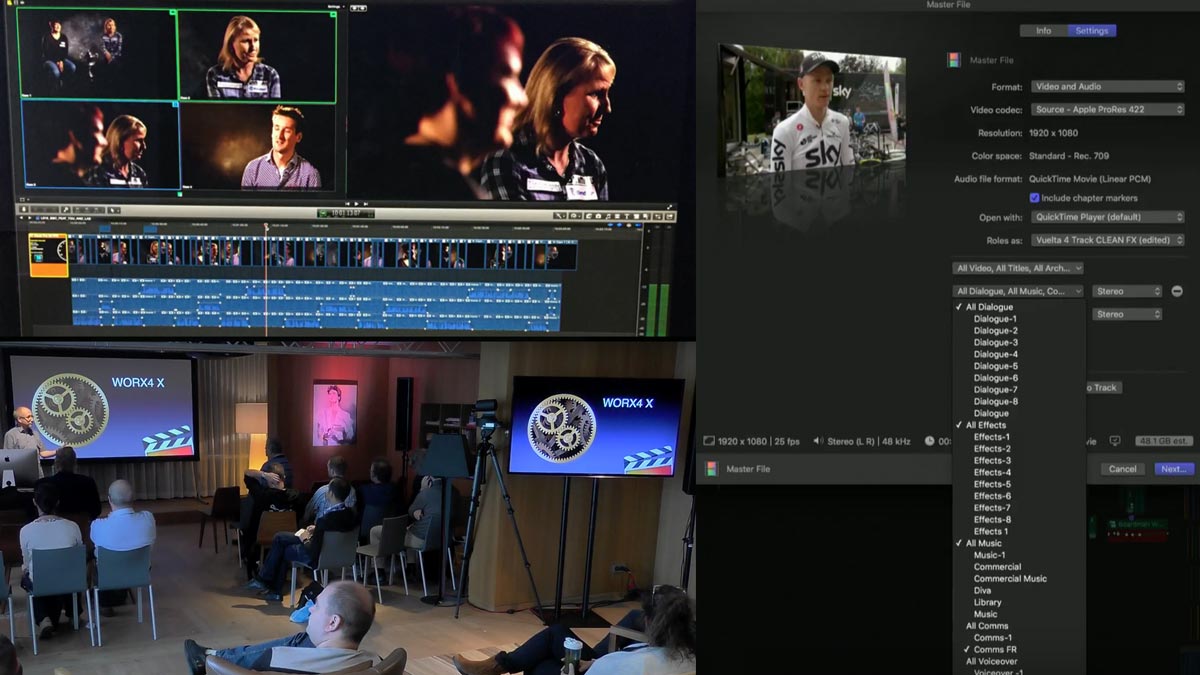 Editing while ingesting, dealing with long waveforms, handling Libraries that hold 4-5000 items, cutting 45’ multicam interviews in no time, using Roles for quick exports of different versions of a program, using Worx4 X for archiving... everything is covered in his 25 minute presentation. Peter even compared the export times from FCP X with other NLEs. With no margin for error, how does 10.3.4 shape up to getting a polished program out on time, every time?

And to end this overview of working with Final Cut Pro X under high pressure, Pierre Chevalier form Softron demoes Movie recorder 4, an industry-stander solution for ingesting multiple live feeds at once on the Mac. Movie Recorder 4 has a complete new and fully configurable interface, and it adds NDI sources for Video over IP, external audio sources, H.265 support and much more. 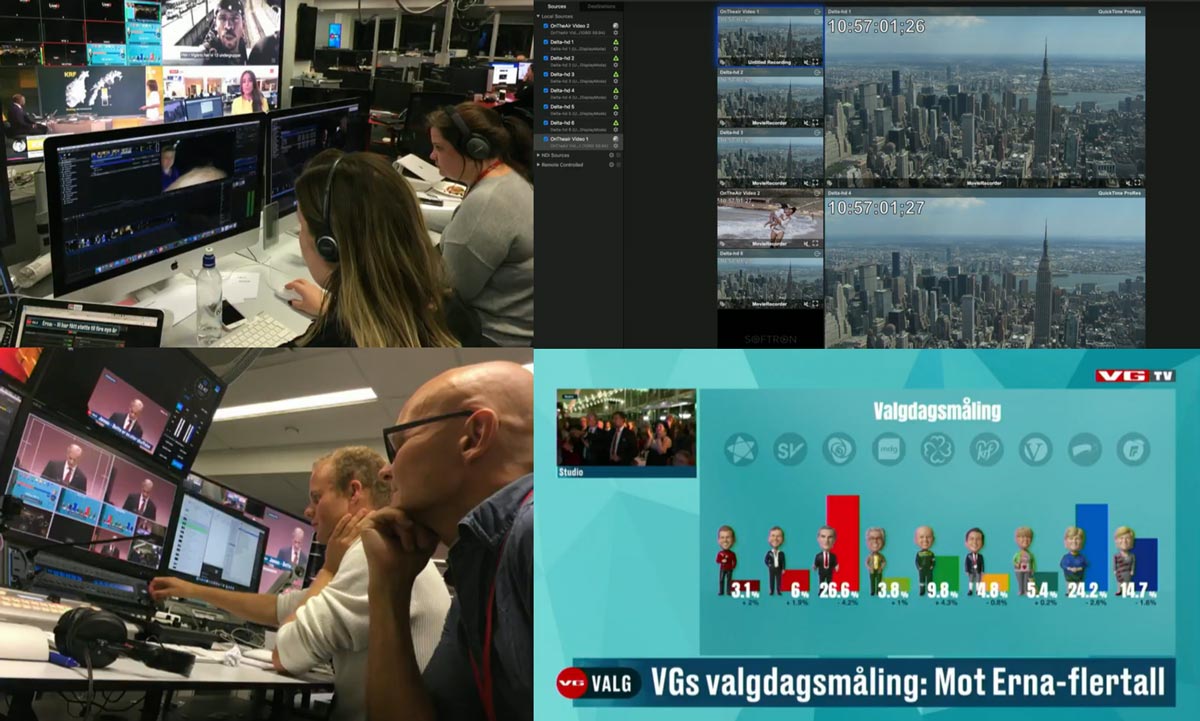 Pierre also showed how VGTV Norway has used FCP X in combination with Movie Recorder and other products from Softron to produce the live coverage of the Norwegian election night. Quite impressive.