Organising and Managing 480 Hours of Footage in FCPX, Editing One of Europe’s Major Feature Films of 2017

Benjamin Mercer, an award-winning Finnish/English editor, received cheers and loud applause from the audience at the FCP X Tour Barcelona when he explained his workflows and his editing process for an epic war-drama movie that he is currently cutting in FCPX. (Two demo videos included!)

Ben is a film editor with almost two decades of work for numerous directors and production companies covering cinema, TV and advertising. Prior to establishing The EDL Company Ltd in 2003, he worked extensively in London’s Soho district as a post production coordinator for Woodpecker Film, where he doubled as in-house editor 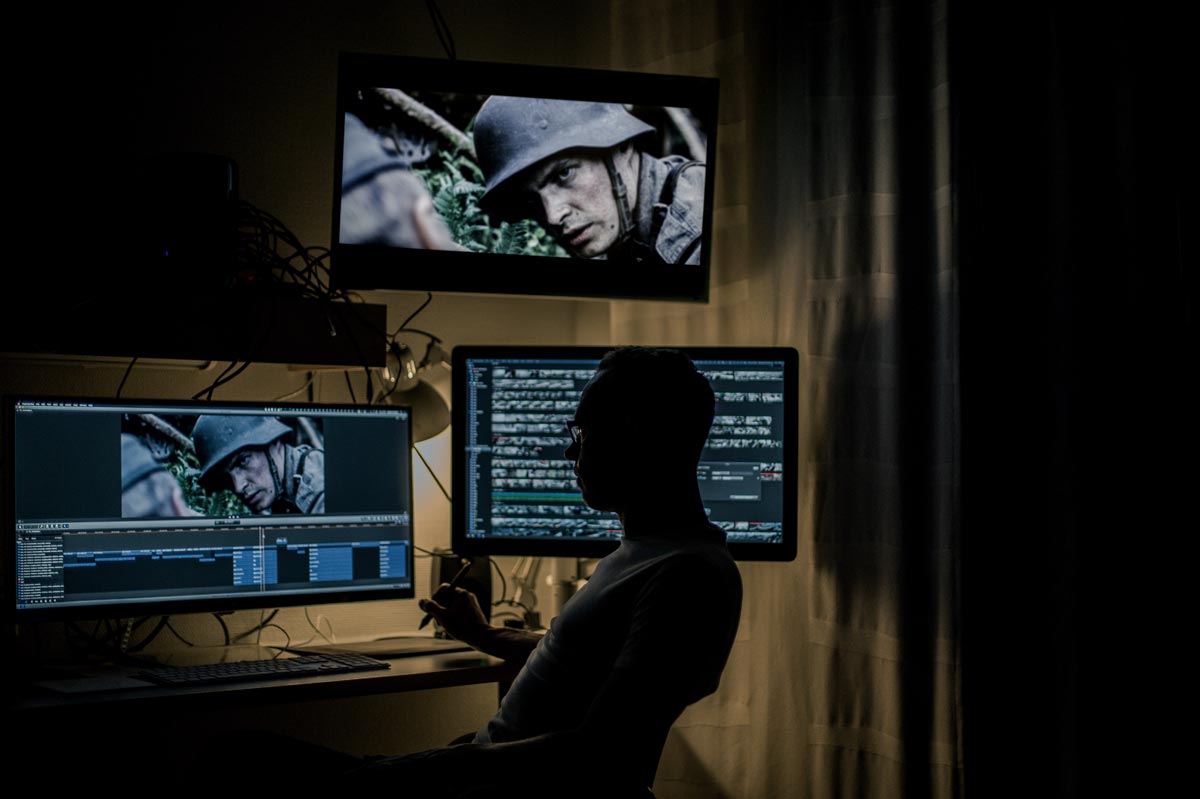 Through the years, his grasp of dramatic narrative has developed to the point where screenwriters, producers and directors alike rely on him for script analysis in addition to his normal responsibilities as film editor. His work for the acclaimed feature film Naked Harbour received a nomination for Best Editing. 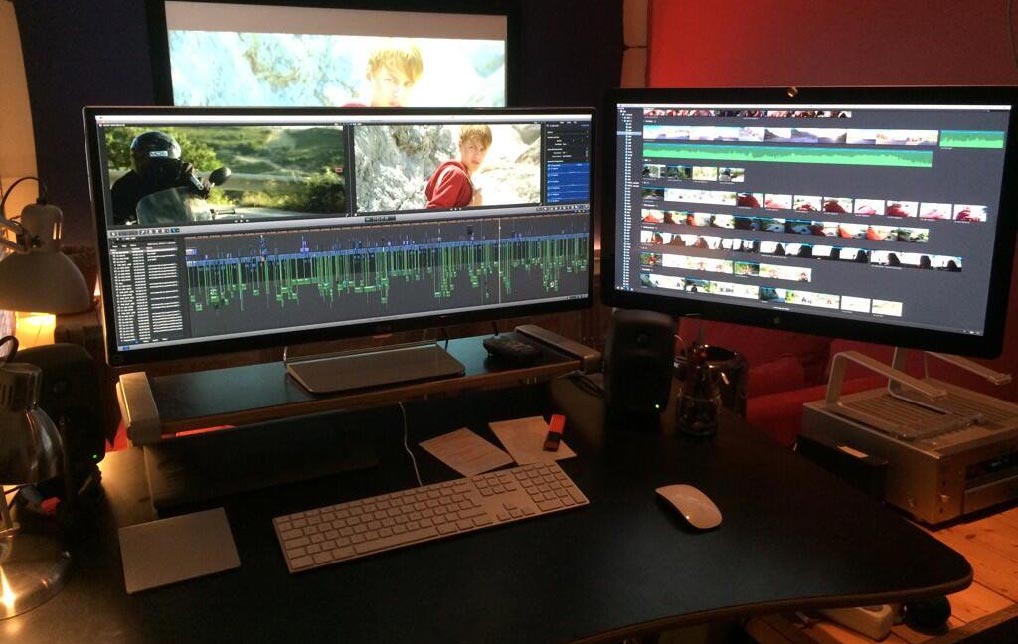 Ben is highly proficient on Final Cut Pro X & 7, Avid and PPro CC systems, and he has feature-film scale practical knowledge for editorial logistics on and off-location. But his favorite editing tool is FCP X, which he has used on quite some large productions in the past years.

In 2015 he used Final Cut Pro X to edit the prestigious television series “Rebellion” for Irish national broadcaster RTE One, the Sundance Channel and Netflix. 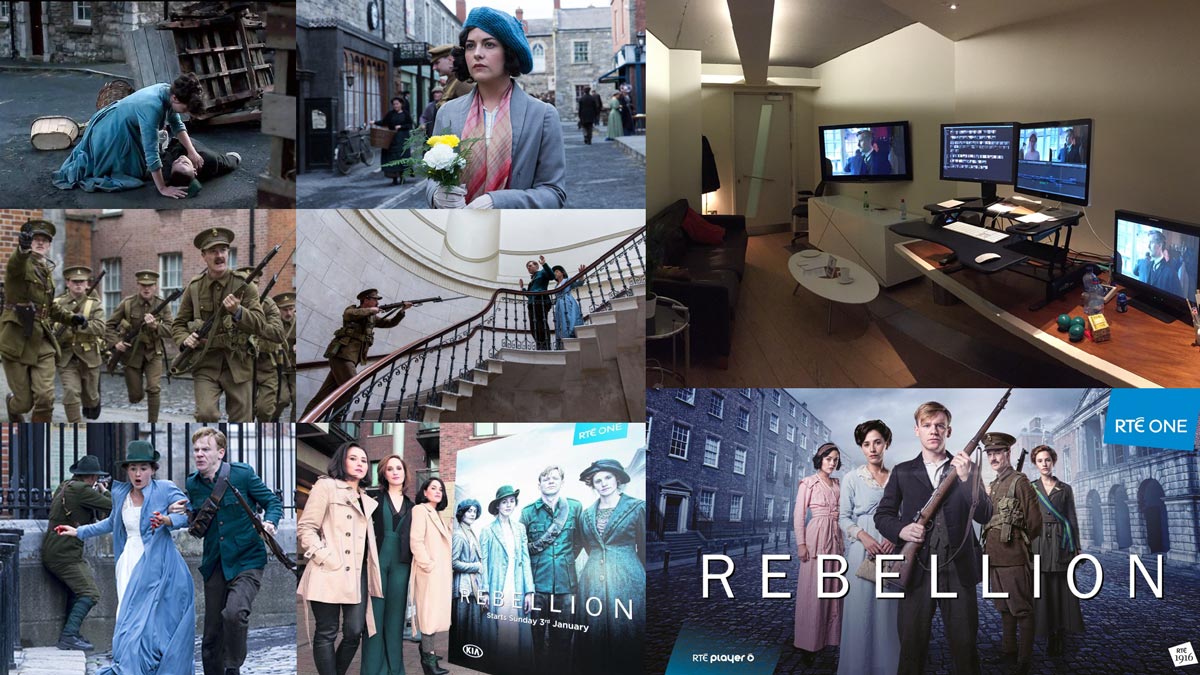 Right after Rebellion he cut a long-form documentary (also using FCP X) and then he started working on “The Unknown Soldier”, a major European movie about a Finnish rifle company during World War 2. 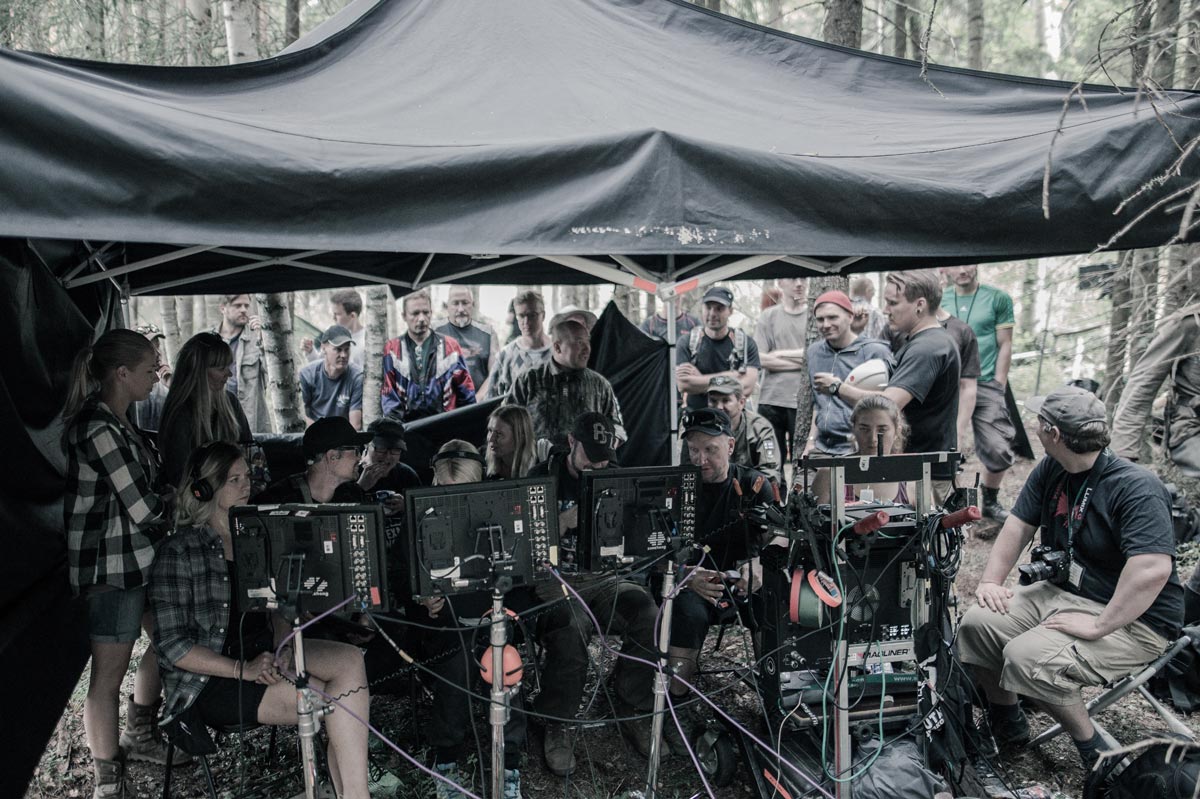 This feature film involves 80 days of shooting, a production team of 120 people, and hundreds of extras. On day 72 they had shot 458 hours of footage using 3 ARRI cameras (recording ProRes HQ 3840 x 2160@24p), a 4K BMD Production camera, a RED Scarlet Dragon, a Panasonic GH4 DSLR, 4 GoPros and a DJI Osmo X5R, plus drone footage shot with a DJI Inspire, an ARRI Alexa Mini and a RED Raven. 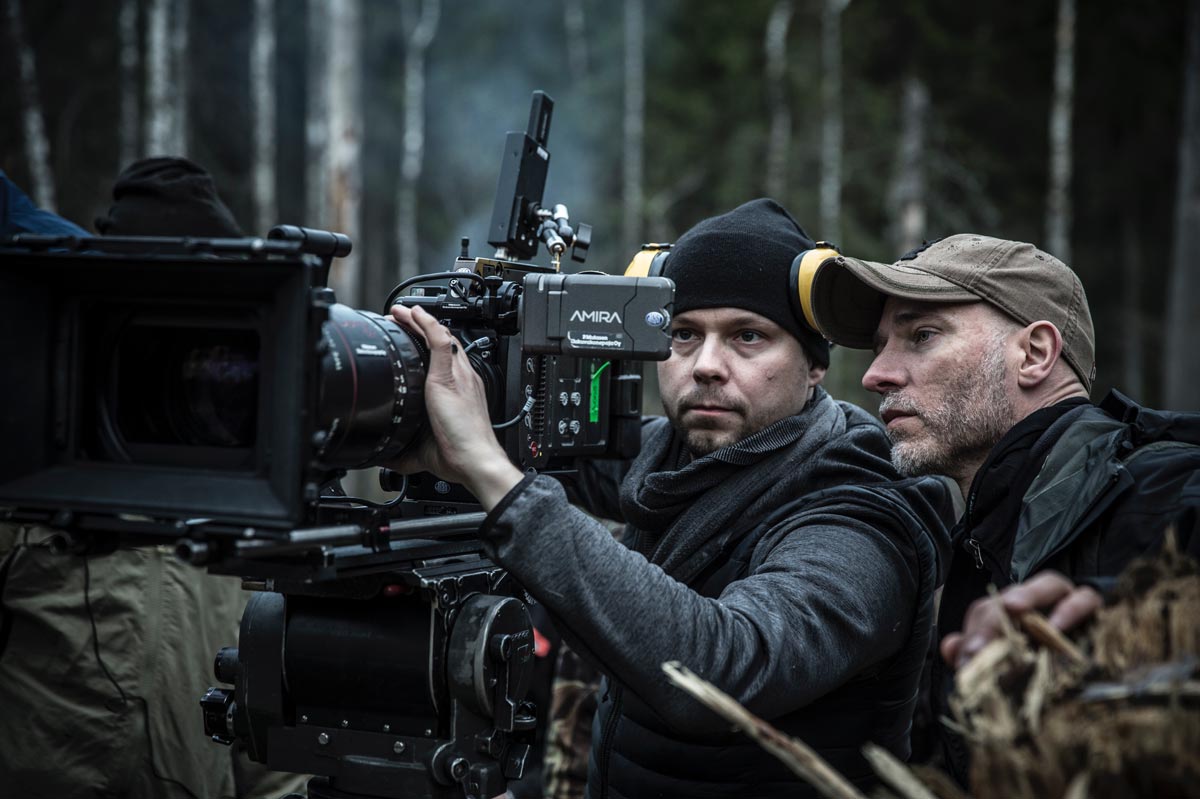 Handling such huge amounts of footage is a challenge for any editor. But Ben says that he specifically prefers using Final Cut Pro X on such large-scale productions because it offers him the best tools to “see the forest for the trees”. 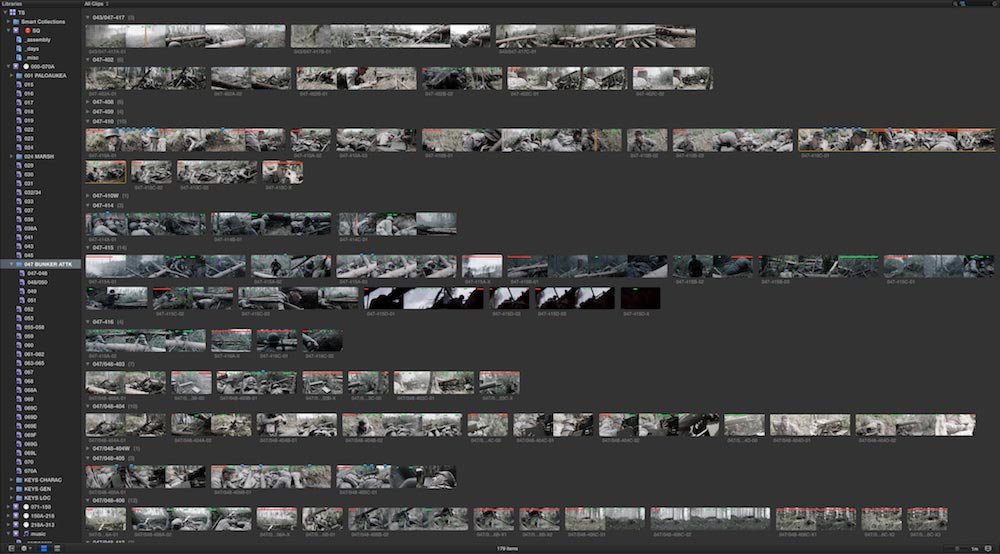 We have recorded two exclusive videos with Ben Mercer about his work with Final Cut Pro X. The first one was a 40 minute interview with Ben and his Assistant-Editor Tony at the FCP X Tour IBC. 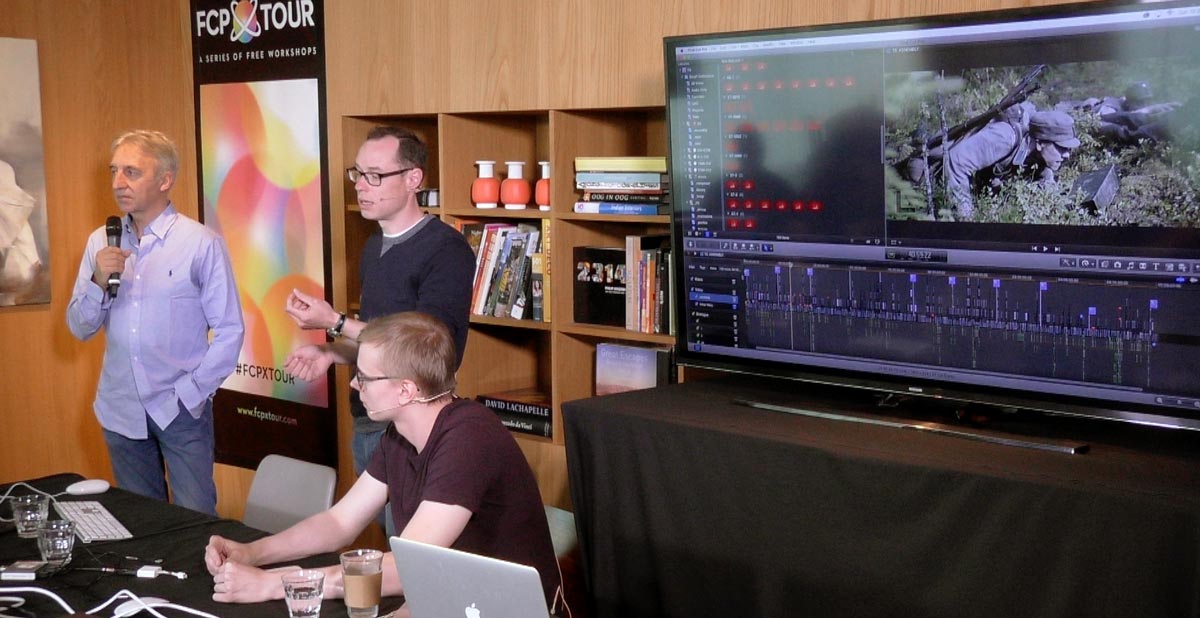 At IBC, Ben and Tony explained their workflows both for Rebellion and for The Unknown Soldier. They showed a unique way of organizing their footage using Smart Collections, they talked about why the director never used a clapperboard on the shoot, they showed how FCP X handles a 5-hour long timeline on a 2012 MacPro, and many other things that will be interesting for anyone who deals with narrative television or feature films:

The interview was so interesting, and Ben got so many questions from the audience in Amsterdam, that we decided to invite him to do a second presentation at the FCP X Tour Barcelona. 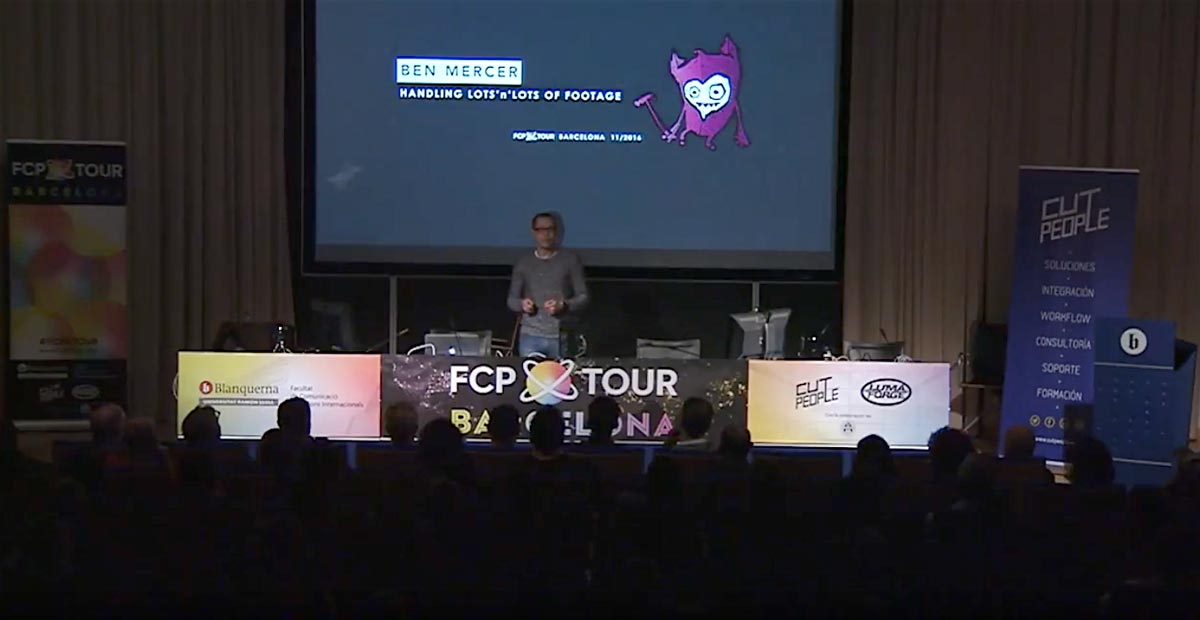 In Barcelona, Ben gave us a deeper insight in his vision on narrative editing. It was a real pleasure hearing him talk about the “mechanical editing phase” versus the “creative editing phase”, and how Final Cut Pro X allows him to seamlessly deal with both.

At the end of his presentation he illustrated the on-set workflows during the 80 days of shooting “The Unknown Soldier”, using FCP X combined with Numbers iOS, Shot Notes X and Sync-N-Link. By the way: a few days before the FCP X Tour in Barcelona, they have updated this huge project with tons of footage and a 5-hour timeline from 10.2.3 to 10.3 without any problems. 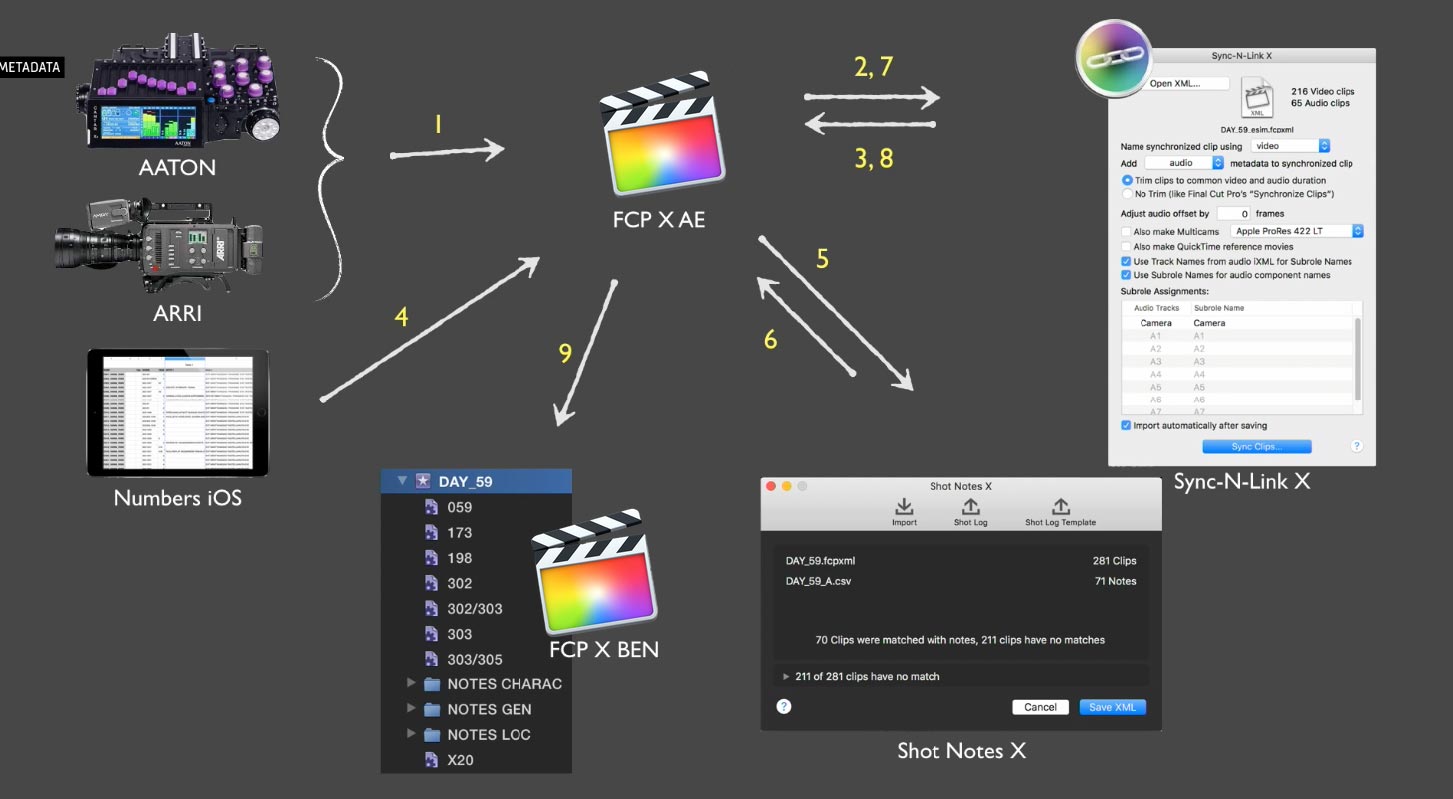 The more than 200 media professionals at the Blanquerna auditorium cheered when Ben ended his presentation This is the full 20 minute video, we are sure you are going to enjoy this:

Besides being a highly respected film editor, Benjamin Mercer is also a popular lecturer at the Tampere School of Art and Media in Finland. He has lectured to editors at the Finnish Broadcasting company (YLE TV2) and he has tutored editing workshops such as “Young Cinema” in Zambia and “Film Rave” in Poznan, Poland. In the picture below you can see him on the left, next to Aku Louhimies, the director on Rebellion and the Unknown Soldier. 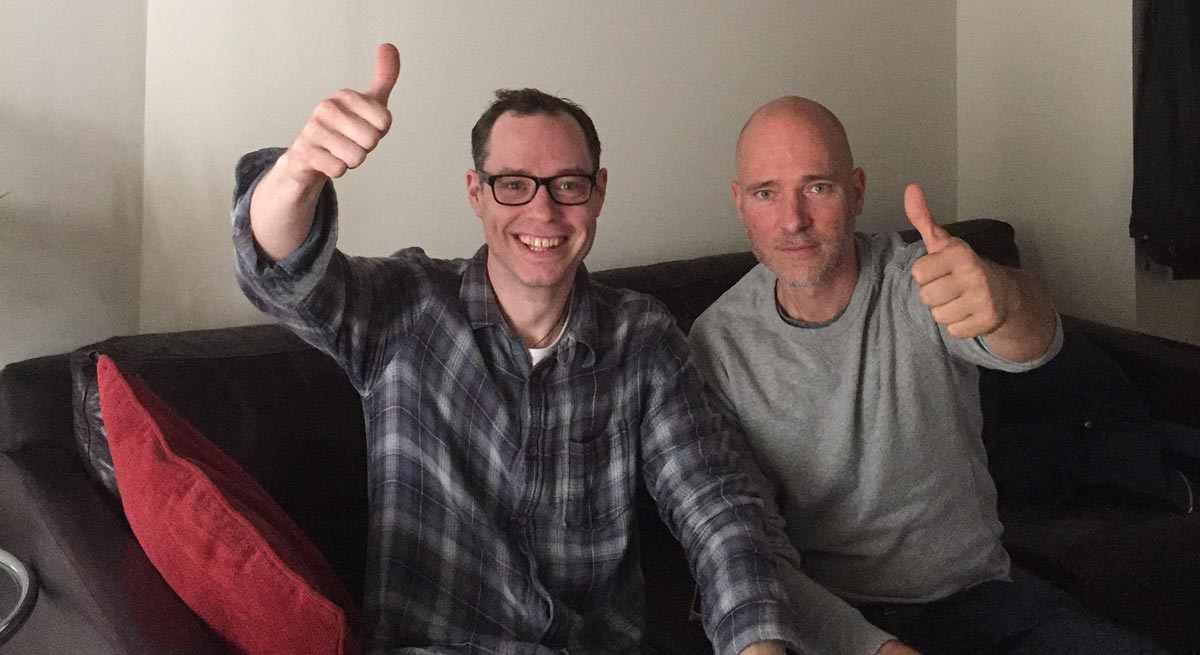 In a future article, we will talk about the latest FCP X Tour that was organized in Tampere. And we can already tell you that there are many more FCP X Tours to come, all over the world.