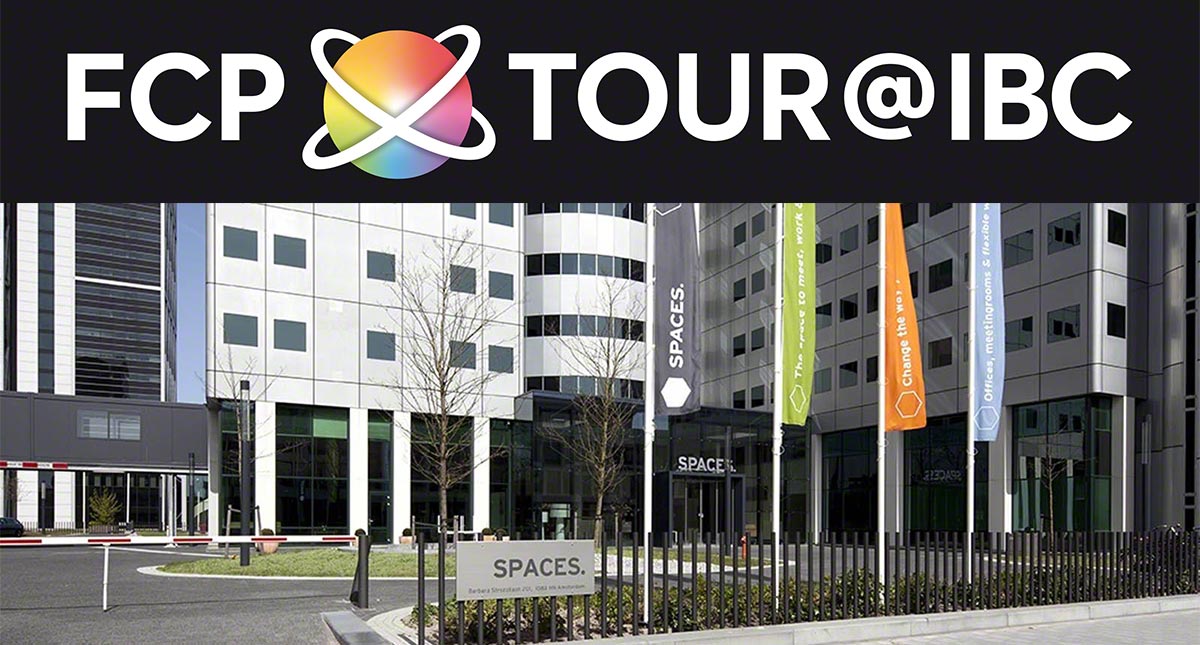 So you thought that there would be no FCP X event at all during this year’s IBC? Well, we have got some breaking news for you.

FCPXTOUR@IBC will take place on Saturday 10 and Sunday 11 September at Spaces Zuidas, next to the RAI in Amsterdam. It will be hosted by Ronny Courtens, whom we all know from his many contributons to FCP.co.

Ronny is a highly respected post-producton professional with nearly 40 years of experience in the European film and television industry. He is also one of the world’s leading experts on FCP X, and he has helped major producton and broadcast companies all over Europe make the transiton to the new Final Cut Pro in the past years.

Ronny gives us a preview of what is going to happen at Spaces Zuidas:

In the first place we want to offer the many Final Cut Pro users in Europe a place at IBC where they can meet each other in a relaxing environment. At the same time we want to give all media professionals, wether they use FCP X or not, a chance to discover all the new and exciting things that are happening in the FCP X world today.

For this purpose we will create a meet&greet area, and a demo area with a large number of Mac workstations. Here our visitors will get hands-on demonstrations and previews of the latest software, products, workflows, and third-party solutions for modern content creation.

Of course there will be many FCP X workflow demos, but we will also showcase Resolve 12.5, and we will have a special demo set dedicated to VR production where Alex Gollner, Tim Dashwood and Duncan Shepherd will demo VR techniques and workflows and some amazing VR footage with the Oculus Rift. 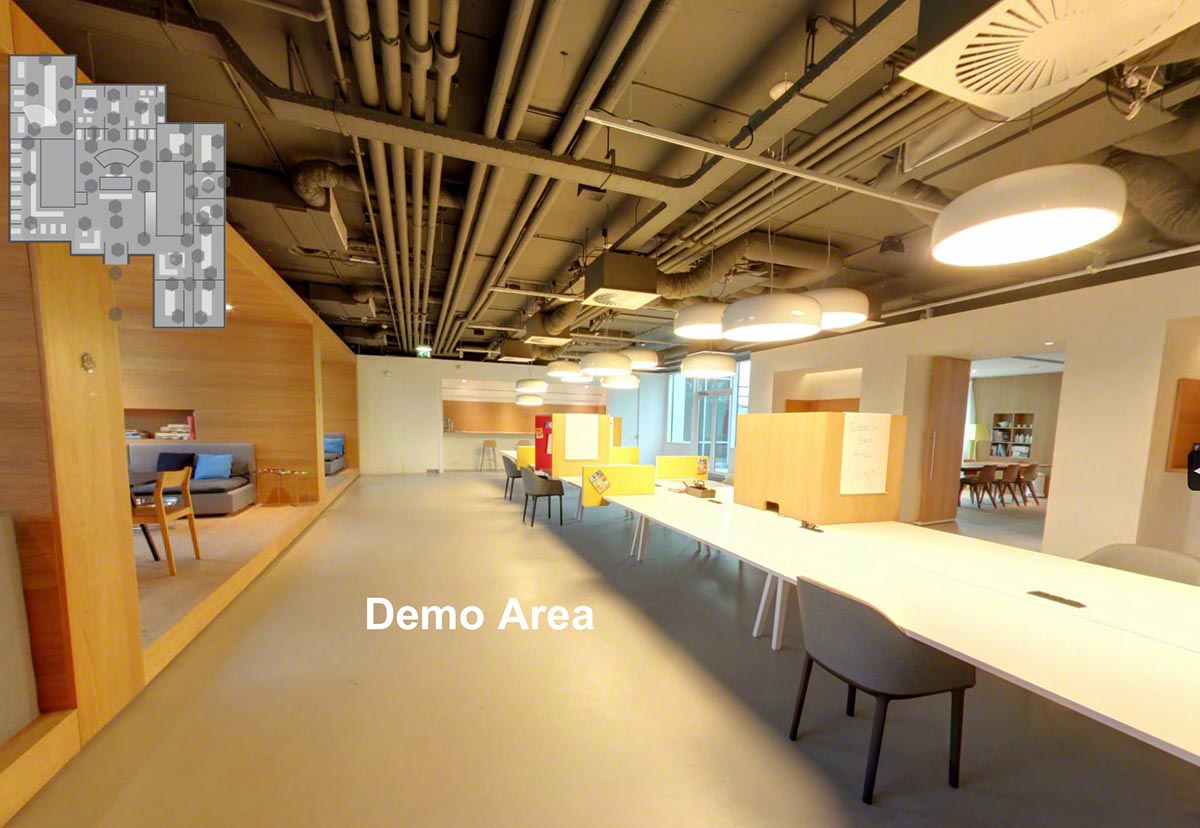 One of the absolute highlights in our demo room will be the LumaForge ShareStation, the world’s most advanced shared storage solution for creative professionals. Sam Mestman and his team will demonstrate the powerful JellyFish and the enterprise-class Indie systems connected to multiple Macs running any kind of post-production tool in a multi-user configuration. And of course everyone will get a chance to play with all these technologies, applications and third-party plugins themselves. 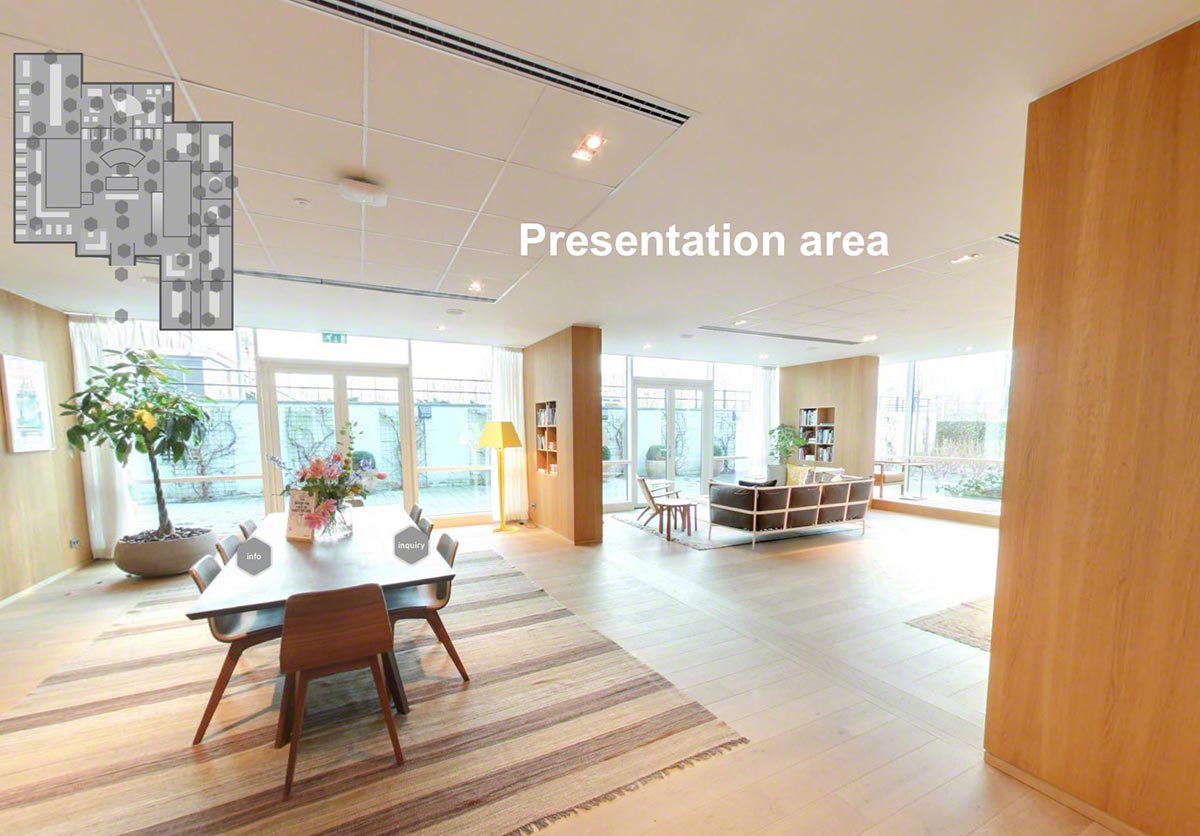 Facing the demo area we will create a presentaion area with a multicam recording studio, where we will welcome some of the world’s greatest experts on FCP X as well as representatives of major European companies who use FCP X in feature film, television and broadcast workflows.

There will be some very high-profile FCP X case studies, some wow-factor workflow demos, some unique FCP X tips and tricks and some exciting announcements.

The FCPXTour@IBC videos will be published on FCP.co shortly after the event.

Can you give a preview of the presentations?

Every day will start with an “FCP X State of the Union”. If you wonder how many high-profile companies and editors are actually using FCP X in Europe, or if you’re still not quite sure if Apple really cares about professionals, this is a presentation that you absolutely don’t want to miss.

- The Saturday sessions will concentrate on FCP X techniques and workflows in film, television, corporate and VR production:

Jesús Perez Miranda (Cut People-Spain) will give a unique explanation of the FCP X paradigm, and why this makes Final Cut Pro X the favorite tool for so many professional producers and editors.

Philip Hodgetts (Intelligent Assistance-USA) will demo how Lumberjack can save you lots of time preparing testimonial recordings. He will show how it takes just a couple of minutes from media ingest to timelines for each person and each topic with Lumberjack keyword mode. He’ll then show how to integrate other shoots into the same stringouts using Lumberjack Story Mode.

Sam Mestman (LumaForge-USA) will demo how easy it is to achieve a seamless workflow between Final Cut Pro X and Resolve 12.5 for grading or Logic-X for audio finishing, based on real-life case studies.

Rory Cantrell (Soho Editors-UK) will do a live demo of editing, advanced grading and project collaboration between different people in Resolve 12.5 on a ShareStation JellyFish shared storage system.

Final Cut Pro X editor and plugin matier Alex Gollner (UK) will explain the complete VR Video workflow, from choosing how to shoot to how to deliver 360° video experiences. Anyone who is interested in Virtual Reality should agend this presentation, and the following one.

Dimitri Stuer (MotionBuilders-Belgium) will provide expert tips on how to set up a green screen recording. Then he will do a live demo working with the FCP X keyer, and with a yet unreleased new version of the high-end Hawaiki keyer from Simon Ubsdell. Dimitri is also a fervent Motion user. At the end of his presentation we will do a demo of Xsend Motion, an amazing plugin from Automatic Duck that creates a seamless linti between FCP X and Motion 5.

Bart Neckebroeck (Broadcast College-Belgium) will demonstrate how he has set up his workflows editing the 3-episode long-form television documentary series “Transkameroen”, doing all the editing, the color and audio finishing and the deliveries for broadcast right within Final Cut Pro X. The “Transkameroen” series has already been sold to 7 television stations in Europe.

To end the Saturday sessions, François-Xavier Noulens (France) will give us a very interesting look on the production and post-production workflows of a unique action documentary series for television shot in Marseille using 15 iPhones (!) and edited in FCP X on a ShareStation Indie system. You won’t believe your eyes and your ears.

- On Sunday we will showcase how Final Cut Pro X is being used in major film, television and Virtual Reality workflows.

Award-winning editor Duncan Shepherd (Jaunt-USA) will kick-off the case-study sessions, explaining his workflows in creating the famous Paul McCartney Virtual Reality series with FCP X. This will be a major presentation on high-end virtual reality workflows and techniques.

Ryan Velin and Mads Larsen Nielsen (Metronome/Endemol Shine-Denmark) will demonstrate how they have set up up a complex multi-user on-location editing workflow in FCP X for a new prime-time reality television show.

Roger Bolton (CoreMelt-Thailand) will demo the latest updates on CoreMelt plugins for FCP X, as used by the biggest names in film,tv and video production. If you want to learn all about high-end picture stabilizing and advanced motion tracking, or discover some of the hottest effects plugins for FCP X, this is a session not to be missed.

Award-winning editor Benjamin Mercer (Finland) will talk about his work with FCP X on the widely acclaimed drama series “Rebellion” for Irish national television and Netflix. And we will get a scoop: Ben is now working on one of the biggest European feature film productions to be released in 2017. The epic war drama movie “The Unknown Soldier” will require 80 shooting days, it will involve no less than 14.000 extras on-set, and it is being edited on Final Cut Pro X. Anyone interested in movie making should not miss this presentation.

Sam Mestman (LumaForge-USA) will do a live demo on how you can work with multiple FCP X editors, effects people and colorists in the same FCP X Library at the same time on a JellyFish. An amazing demo of how FCP X could become the NLE that beats them all for multi-user workflows.

Micha Blazer (Blazhoffsk/iWarner-Holland) will talk about how his company uses FCP X in a big multi-user environment with a ShareStation Studio, to produce some of Holland’s most popular national television shows.

Denver Riddle (Color Grading Central-USA) will give a live demo of Color Finale Pro. Color Finale has become the de facto high-end grading solution for FCP X, replacing the need for going to external grading applications for advanced grading. If you want to learn learn how to create stunning looks inside FCP X, you will need to be here.

Patrice Freymond (Swizerland) will explain why Swiss national broadcaster RTS has chosen FCP X above anything else to handle their entire post-production, and how they use Final Cut Pro X in very demanding, time-critical multi-user post-production situations.

Broadcast FCPX Editor, Plugin publisher with Idustrial Revolution and FCP.co owner Peter Wiggins (UK) will close the Sunday sessions, talking about the numerous high-profile broadcast jobs he has edited with FCP X, and why he thinks that Final Cut Pro X is by far the best NLE to handle demanding, high level, time-critical broadcast productions.

And of course, after the Sunday sessions we will all go to the world-famous SuperMeet in Amsterdam where Sam Mestman and I will do another wow-factor demonstration on the ShareStation.

Who should attend this event?

Actually, anyone who is involved in any kind of media production and post-production. Wether they already use FCP X or not. The demo area is public, only people who wish to agend the recording of the presentations and interviews in the presentation area will need to register prior to the event.

But I really would advise everyone to register. Why? Because some of our registered agendees will get a huge surprise that will make them very happy, and that’s all I can say about this. Registration is now open on the Soho Editors website.