Cutting on Final Cut Pro X at the University of Michigan

Benjamin Armes, the videographer for the School of Information at the University of Michigan has very kindly put together a few FCPX editing tips in a user story about a recent project.

Ben got in touch to tell us about a recent FCPX project he was involved with at the University of Michigan:

At the beginning of March, I began pre-preduction on a video project for our school’s commencement ceremony. This video involved a lot of shooting and scheduling with three students that were soon to graduate. I knew this was going to be challenging because I was not only working against the timeline of the project, but also working around the schedule of three graduate students that were about to start their final exams.

There was a lot stacked against me and I needed to have this video done by the 29th of April.

I’ve been editing on Final Cut Pro X for the past four years at the University of Michigan School of Information and it’s been a huge learning experience. I knew that I was going to be pushing FCPX to some limits on this project. A few of the big things that I had to do on this project involved stabilization, audio editing, and keyframing masks.

Several scenes in the video involved me having to follow around students as they walked around campus in Ann Arbor. I did not have access to any kind of camera stabilizer and I was shooting everything on a Nikon D7100. This meant I had to do some significant stabilization in FCPX, which I was initially worried about, but I was pleasantly surprised with what I was able to get out of my shots!

For most of the walking shots, I tried to use the shortest length of each clip before the stabilization got too wobbly, which was an issue for me a few times going through this edit. There were a few shots where I decided to see how much better After Effects could handle the stabilization, but some were so shaky in camera that they could not be helped… L

For me, the key to any stabilization is to use the smallest amount to start because most of the time that will smooth out the clip enough to make it usable.

Here are settings that I usually go with in FCPX stabilization:

I had each of the three students in this video record a short voiceover that I had written. I wanted to make some very careful edits of my voiceover by not only removing silence from the track, but also sounds of my talent taking breaths between their lines.

To do this, I expanded my audio components and made a cut somewhere inside the section I was looking to remove. 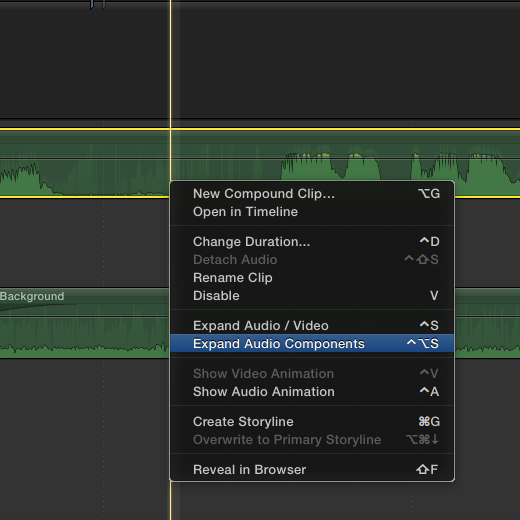 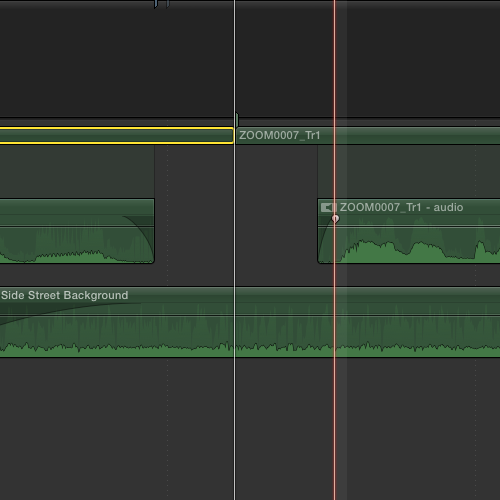 Then, I just trim out the section that I’m trying to get rid of and collapse the audio.

I enjoy using this approach because it allows me to make edits without creating extra clips on my timeline.

One shot involved renting a 150-600mm lens to film our talent sitting in the window of a coffee shop from the other side of the street. The shot turned out really great! The only problem that I had to solve in my edit was other people in the shot that were clear as day in the background.

I didn’t want to distract the audience from our main character, so I created an adjustment layer overlay and put a Gaussian blur effect on that layer.

Then, I created a shape mask to cover up the extra in the scene that the audience didn’t need to pay attention to. 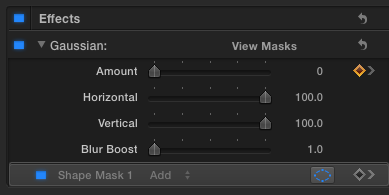 Finally, I keyframed the blur mask over this background character and it worked exactly how I needed it to!

I managed to get this video done and approved by my supervisors a few days before our commencement. Luckily, the students I was working with were super cooperative and excellent people! FCPX helped me get all this editing done in perfect time and allowed me to fix up any little production issues that I experienced in the process of this shoot.

Here is the final product: 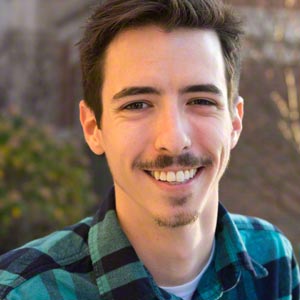 Ben Armes is an award-winning independent filmmaker and has been working as a videographer at the University of Michigan School of Information since 2012. He is currently attending Eastern Michigan University for filmmaking and marketing.