Mike Matzdorff promised he would write up his 'Most awesome tip in the world' for FCPX and he's kept his word and done exactly that. He's cracked how to access an updating Library by another user.

If you've watched the most recent FCPX Virtual User Group, you will have seen Mike talk about how to share a Library without going through the process of exporting XML or making 'transfer libraries.' Mike explains:

Objective: Make incremental one-way sync updates of a user’s Library that other users on the same shared environment can access.

Preparation: Media and Cache must reside outside of Library.

Solution: Place the Library in a folder and sync the folder.

Caveat: Unwise to have your own Library and synced Library open at the same time.   FCP X will error with "can't save, must quit" error.

Any user in a shared environment can access another users synced Library that is at most, 5 seconds out of date. Primary user can make an event of another user to grab. Or a user can grab on their own.

Specific settings are on the following page. Discussion at the Pixel Corps VUG starts about 27:07 on the video at this link. We were using a Mac Pro, a laptop and a Jellyfish storage box and Sync Folders Pro. 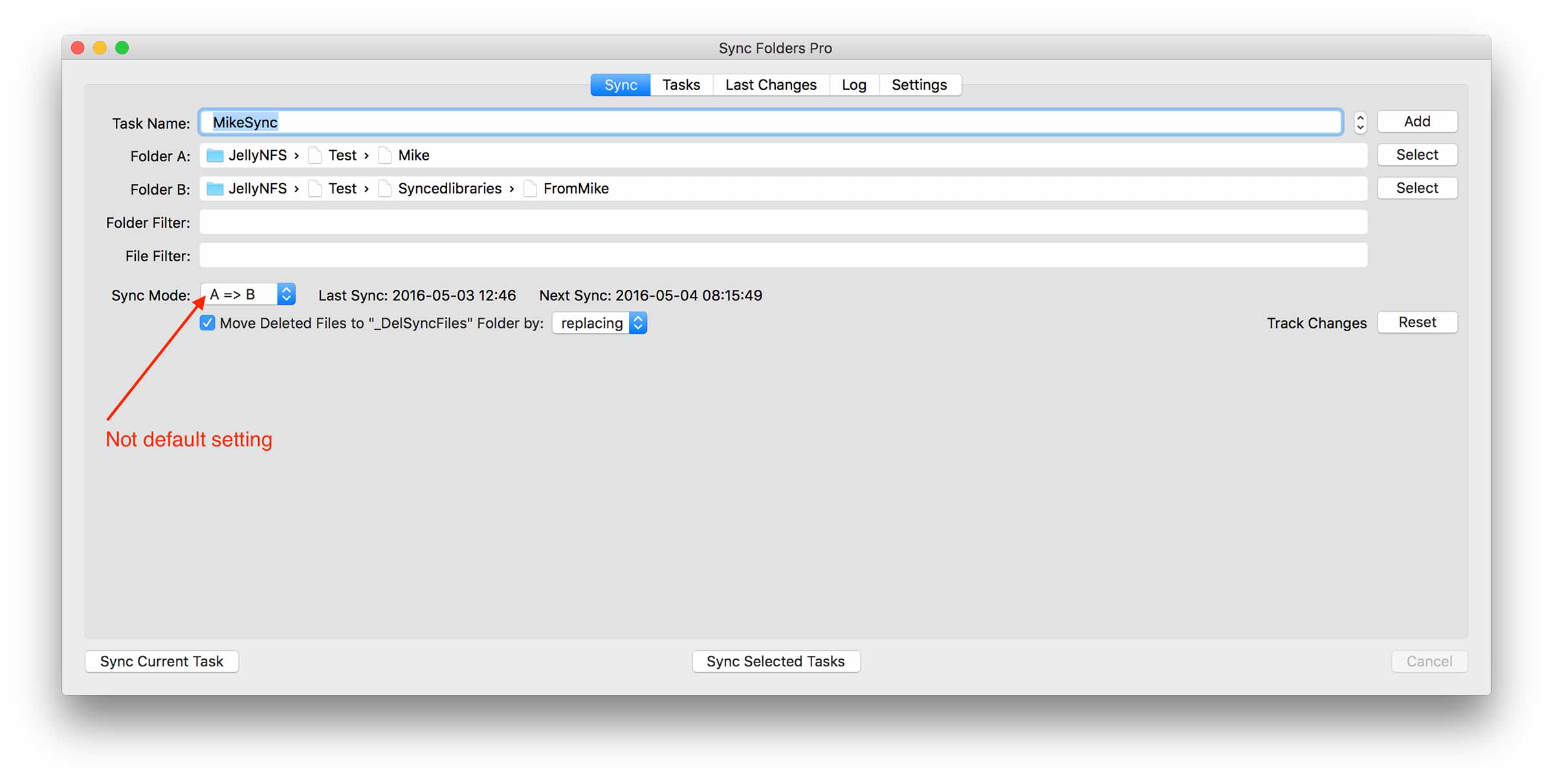 Right click to open bigger image in a new window

Set the auto sync increment (5 seconds in this case)

All other setting were default 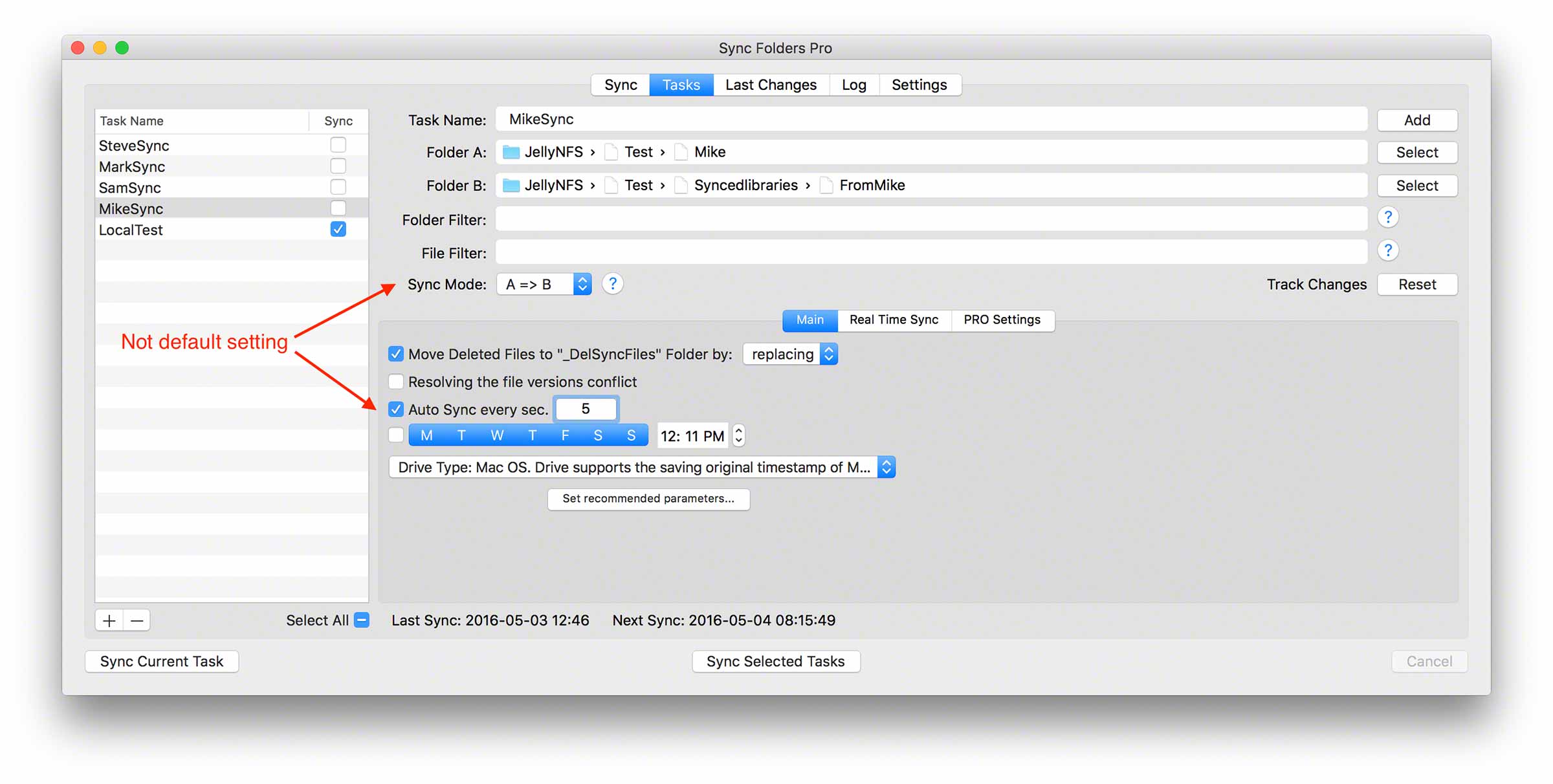 Run the sync, sync Library will now be up to date for other users.

UPDATE: Mike shows the MacBreak Studio guys this workflow in this latest episode.

Mike is a writer, director, editor, assistant editor and has composed the score for one indie film and a stage play. He has spent over 20 years in editing rooms of feature films and Emmy winning television shows, including, Fight Club, Analyze This, Last Comic Standing and Monk.

He was the first assistant editor on the first major film edited on Apple's Final Cut X software and wrote a book on the experience loaded with real world tips, tricks, and proven workflow techniques.

Recently, Mike has been a keynote speaker at the FCPX Creative Summit and a guest lecturer at the University of Illinois and San Diego User Group.

You can find him on Twitter @fcpxfeatures and on his blog fcpxfeatures.co