FCPX World at IBC 2017 was a great experience. For the third year in a row, the Spaces building next to the Amsterdam RAI was the epicenter of everything related to Final Cut Pro X at IBC. The Club Room at Spaces was converted to a pop-up television studio where high-profile professionals from all over Europe and the USA came to showcase their work with FCP X. 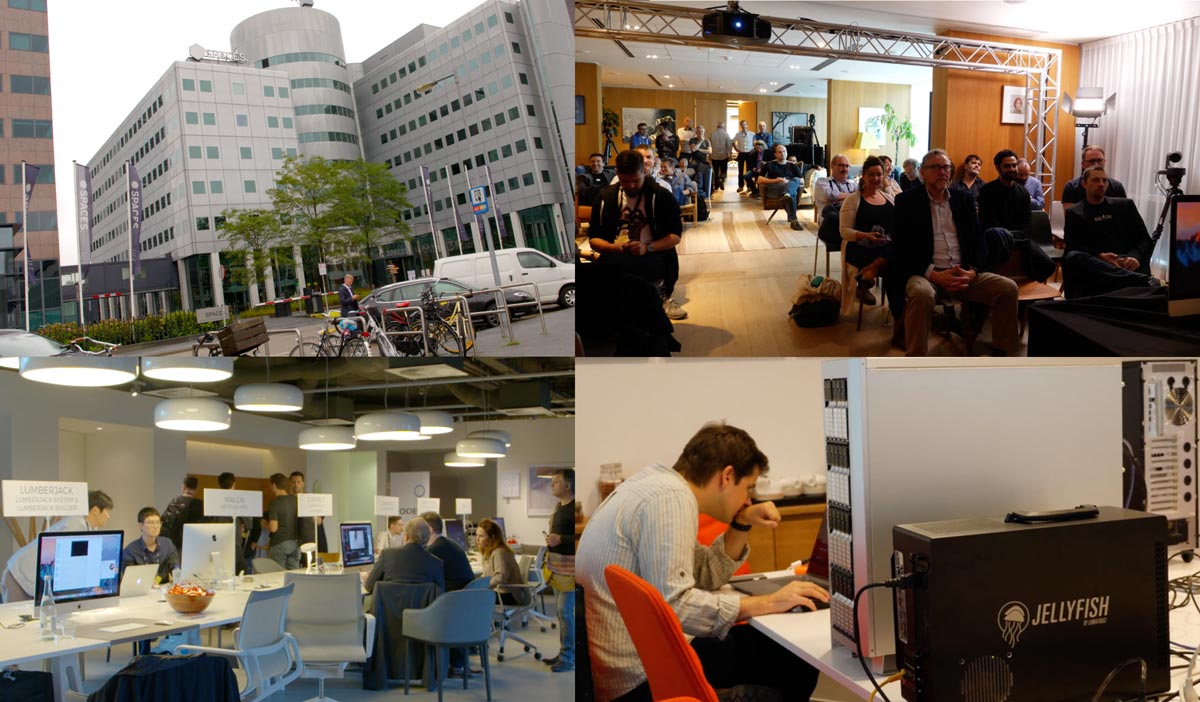 In the Partner Area next to the Club Room, visitors could get a hands-on preview of the latest hardware, software and plugins for the FCP X ecosystem. And the LumaForge Workflow Suite was always crowded with people craving to see the fastest workflow storage in the world at work.

The presentations were recorded with no less than 5 cameras and in the next days we will post all the FCPX World videos here, as a courtesy to anyone who could not attend IBC this year. So let’s get started.

Alex Snelling has been working with Soho Editors for almost 20 years. He has spent long periods as a promo producer and an independent producer/director. He has supervised workflows for clients such as BBC, FIFA and Apple and he has trained Final Cut Pro around the world for the last ten years. 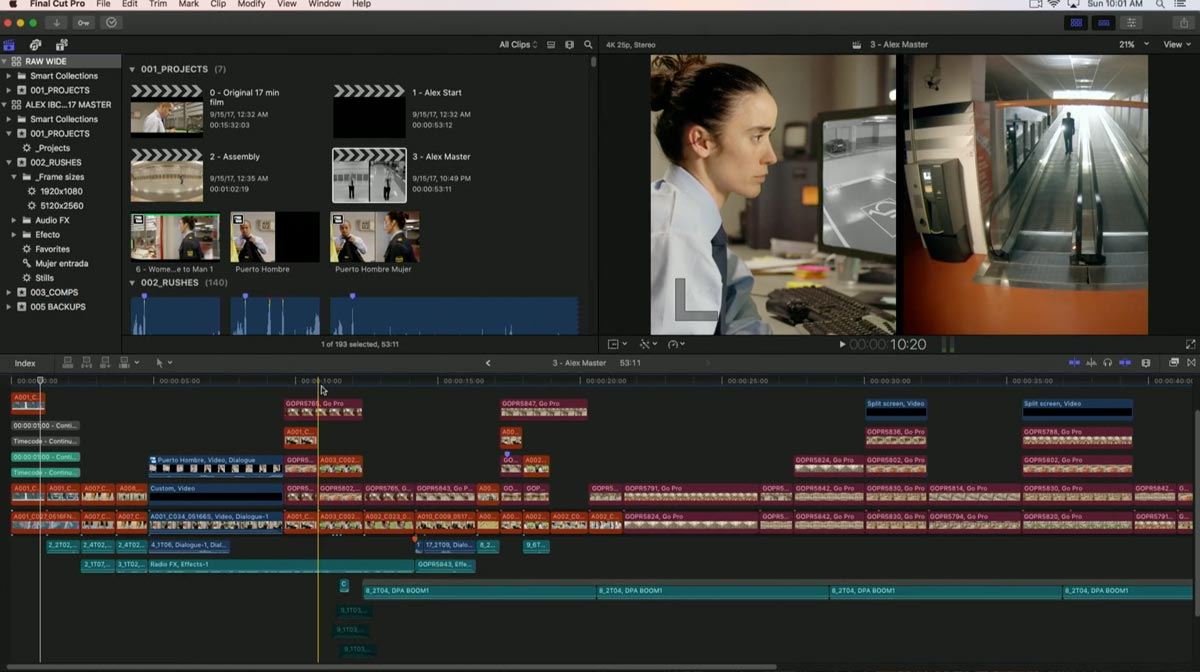 In this presentation, Alex shows the comprehensive flexibility and speed of Final Cut Pro X for Broadcast production. Creating a 1 minute television cut-down from the Oscar-nominated short film “Timecode” (which was also edited with FCP X), he shows how you can post-produce a complete project from start to end without leaving Final Cut Pro X.

Organizing with Keywords, Smart Collections and Favorites; working with mixed resolutions; cutting to music; advanced editing and trimming techniques; audio and video retiming; working with Audio and Video Roles; working with titles and generators; compositing, keyframing, color correction and Roles based audio mixing... every aspect of post-production in FCP X is covered in this very interesting demo. Enjoy! 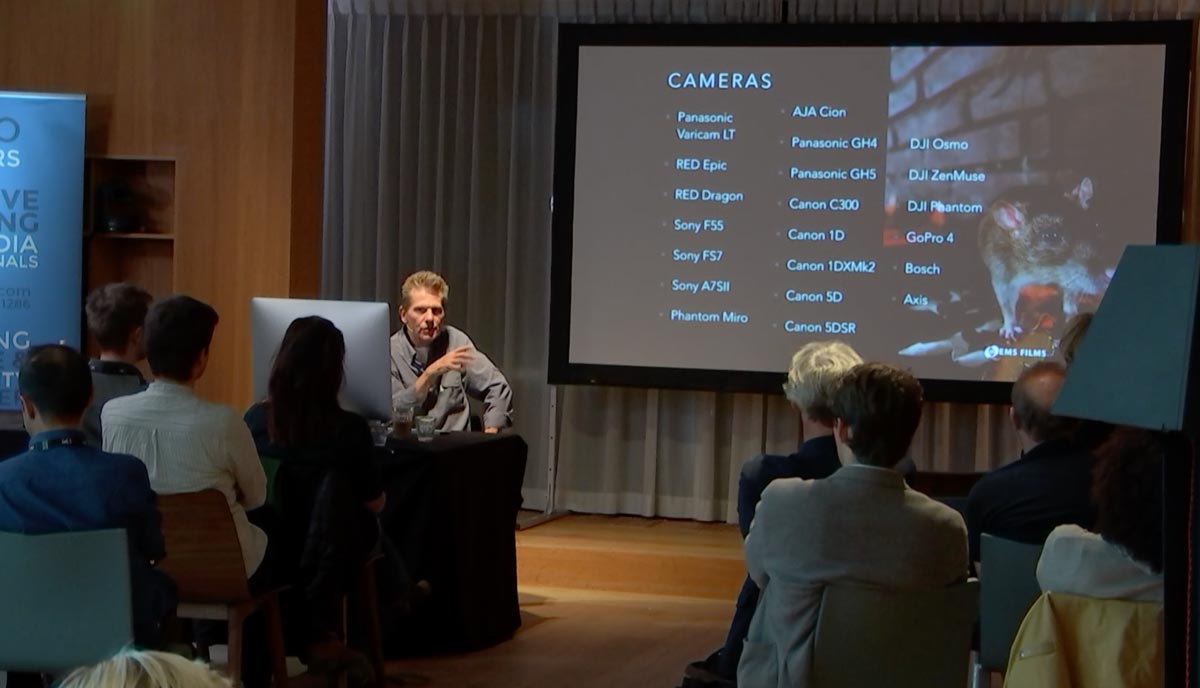 For more than 35 years Mark Verkerk has been involved in all aspects of film and television production - from camerawork to editing and directing. Graduating from the London International Film School in 1978, he started as a film editor for ABC in Sydney, going on to be director/editor for a number of independent television projects.

Since 1990, Mark has been Creative Director at EMS FILMS, The Netherlands, writing, directing and overseeing a range of award winning programming for international broadcasters. Since 2006 he has focused on feature length documentaries and wildlife films for cinema release, including the multi award winning Buddha’s Lost Children and the box office success The New Wilderness. 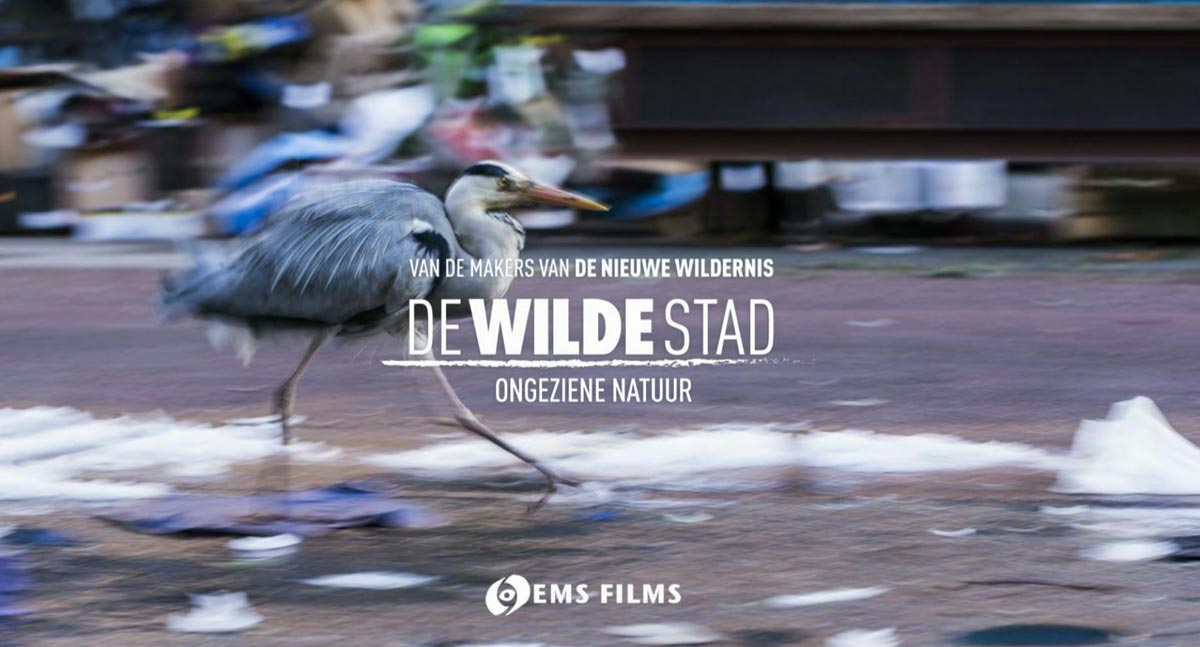 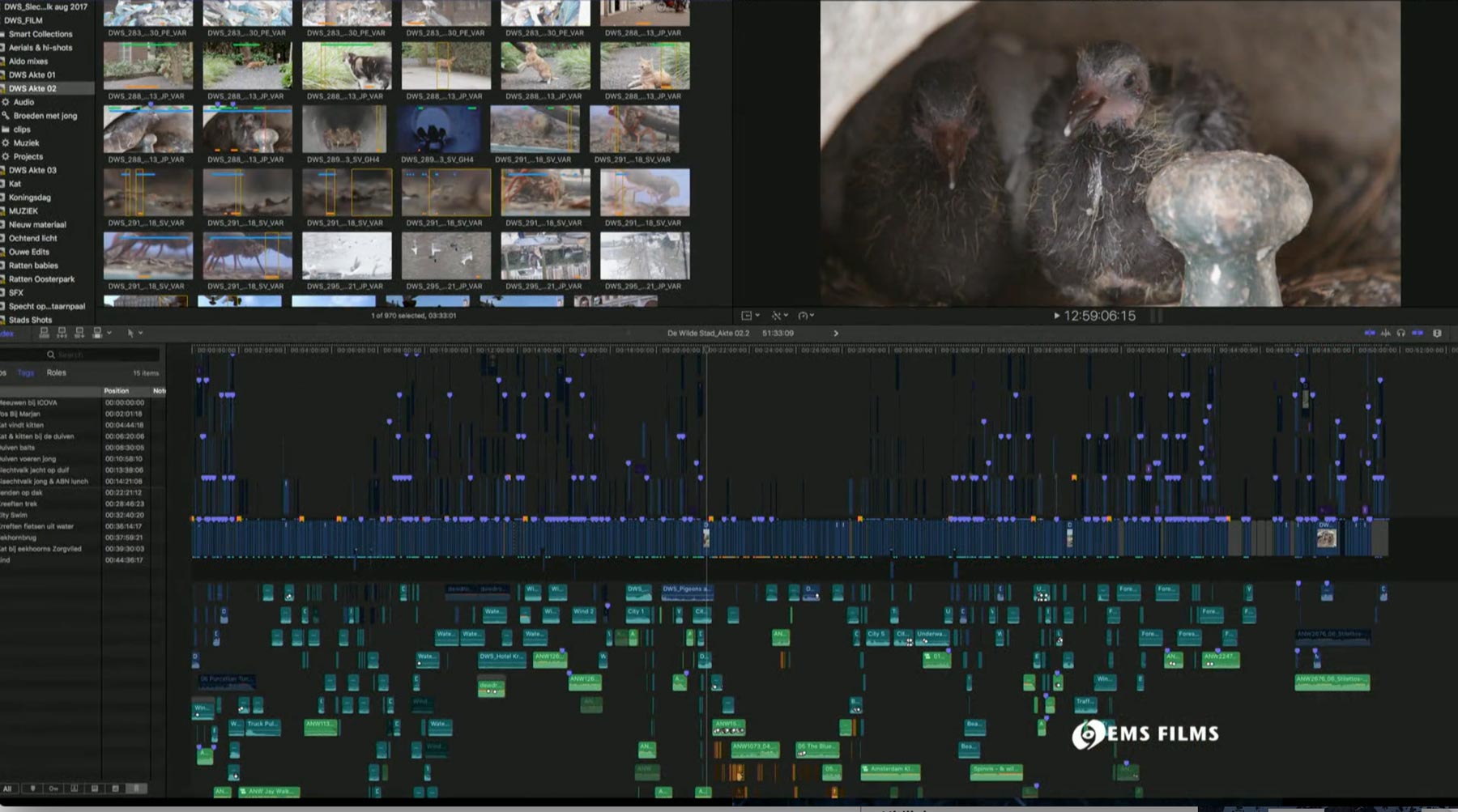 The movie was shot over a period of 2 years and they collected no less than 15.000 hours of footage in dozens of different formats from as many different cameras. This gigantic amount of footage was trimmed down to 400 hours in FCP X, and then edited natively on a 2K timeline using a collaborative workflow on a JellyFish Tower from LumaForge. Curious to know how they did all this? Just watch the video: