Accidentally launched on the App Store yesterday, withdrawn and now back up today, Adobe have released Photoshop Touch for the iPad at $9.99.

Guess somebody got itchy fingers yesterday and hit the go button a day early! Never mind, the official line is that Adobe have launched the $9.99 Photoshop Touch today at the Mobile World Congress in Spain.

Another of the big image & video applications that have kept Mac tower sales going has headed off to the iPad. Adobe also say that this isn't the only app of theirs that will be converted over either. Collage, Debut, Ideas, Kuler and Proto will all have versions for the iPad soon. Note there is no mention of Premiere in there - that omission might end up being very important and costly to Adobe seeing as the other two big A's have NLE iPad children for sale now. Well (cough) if we rebrand iMovie as FCPX Touch :) 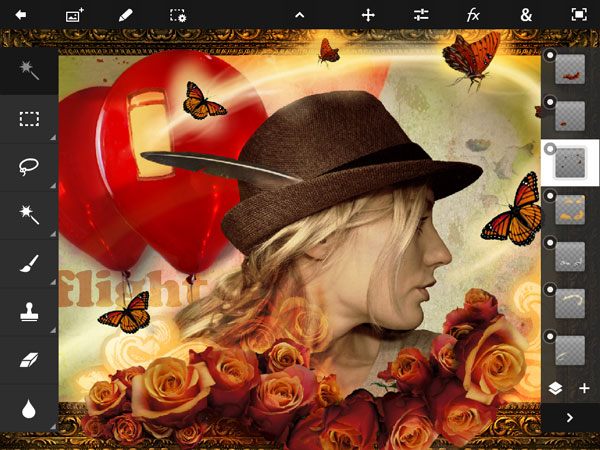 Back to Photoshop Touch and it does seem to ooze coolness, it also looks like it has more features than the preview we saw of the app last year from Adobe. How accurate extraction of elements for layering is we will have to see, but for prepping up photos for uploading to websites or social media pages it seems ideal. Give it a few months and people will be saying 'What did we do before the Scribble Selection tool?" At $9.99 you can't really argue either, a huge ammount of product development over the years distilled and tweked into a touch version. It has already started to get five star reviews on the App Store.

"Photoshop Touch gives users the ability to combine multiple photos into layered images, make essential edits and apply professional effects to create beautiful artwork, touch up photos, paint, lay out ideas and much more. The Scribble Selection Tool allows users to easily extract objects in an image by simply scribbling on what to keep, and then what to remove. With Refine Edge technology from Photoshop, even hard-to-select areas with soft edges are easily captured when making selections. Photoshop Touch helps users quickly find images and share creations through integration with Facebook and Google Image Search." 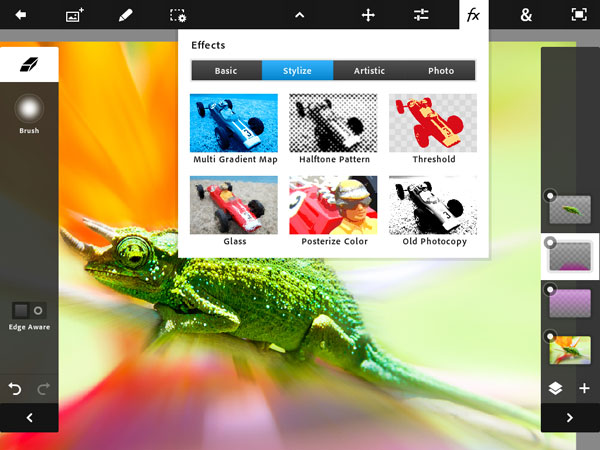 “People will be amazed with what they can create on the iPad using Photoshop Touch,” said David Wadhwani, senior vice president and general manager, Digital Media Business Unit, Adobe. “Photoshop Touch combines the magic of Photoshop and its core features with the convenience of a tablet, bringing image-editing power to the fingertips of millions of people.”

To see the App in action for yourself, you can of course splash out the $9.99 or head over to the Adobe TV website. We had a quick count and there are no less than 22 demo or How-To videos up there already. Adobe are taking this launch very seriously.

I think we just might be replacing the iPad version 1 with a version 3 here on the FCP.co campus once Apple announce the new hardware. 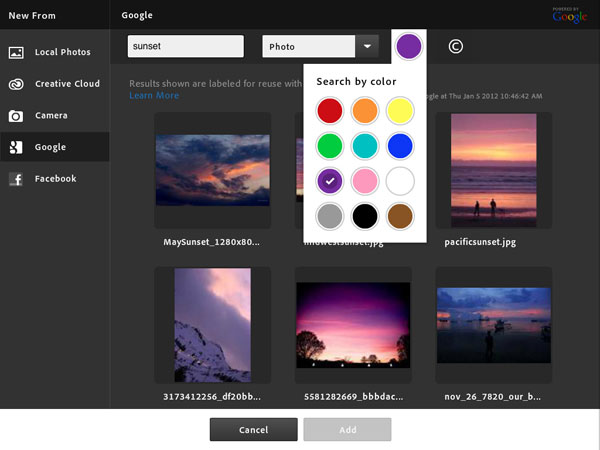