Singe user external high speed RAID drives are pretty common. But what about if you need to share media across multiple users? EditShare displayed a new budget shared storage solution at IBC 2013.

Let's say you have an external hard disk array and want to share that media with others. There are two ways of performing this successfully. Either a dedicated computer has to share out the drive and you connect to that, or one of the workstations shares out the media. Both are not ideal and there will be speed issues to contend with.

So when we saw the new Ultra from EditShare at IBC we were very curious to see what the box could do for the price.

The Ultra is small Linux based unit with 4 enterprise specification 7200 RPM hard disks set at RAID 5. This combination can support eight streams of ProRes422. Out of the back there are two GigE ethernet connections that can be directly connected to clients, or combine them together for more edit stations via a switch. 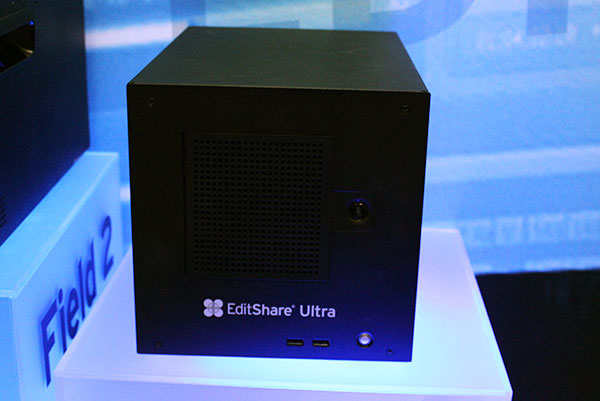 And round the back. 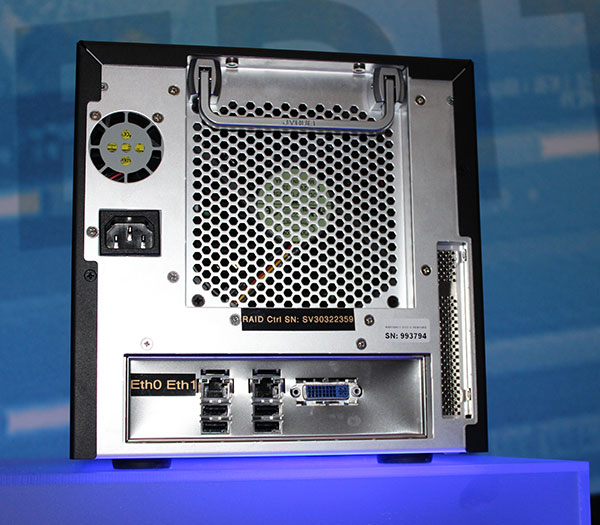 There is a front end admin tool that allows for the creation of user accounts and spaces for media and projects. The Ultra includes EditShare's file-level sharing so users can read and write to the same volume simultaneously.

We have been invited down to EditShare's UK office for a day of testing the unit out as we can see the Ultra and Field2 becoming a very popular alternative to large SANs on the road.

The units will support Adobe Premiere Pro, Avid, Final Cut Pro, EDIUS, and Lightworks Project Sharing, that's more than one user in a project, not just opening it up and copying. They don't mention FCPX specifically and we can't see more than one user modifying the same events and projects anyway.  Is this a problem? Sharing a project no, but Final Cut Pro X will not support a NAS device without the workaround of placing sparse disk images on the storage. The official word from EditShare is that shared storage for FCPX clients using AFP will be available on all systems with the release of version 7, running on Ubuntu. This is expected at the end of the year.

In its bigger brother the Field 2, there is space for optional 10G CAT6A network cards and a DVS, 2 channel HD SDI capture card. This offers the ability to capture in a range of codecs and wrappers under control of the Flow asset management application. This is already proving popular for small live events, sports and News. One box could capture and then share out the media to the edit stations. At the moment, there isn't an encoding licence for ProRes for Linux so another codec would have to be used for internal capture.

We will let you know how the testing goes!

The back of the Field2 which has more grunt and more ports for more users. 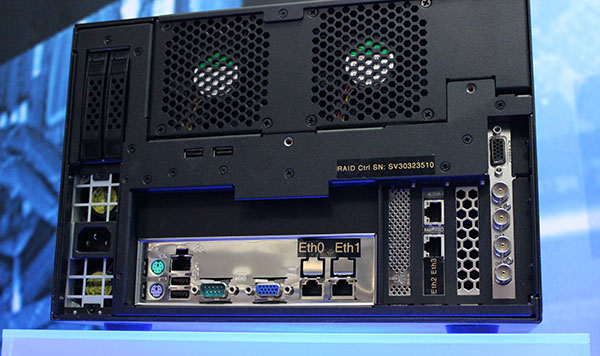