Apple loan FCP.co a top of the range iMac to test. Part 1 Unboxing and first thoughts.

When Apple offered us the opportunity to borrow a fully specced out iMac to test, how could we refuse? We begin with a quick look at the machine, specifications, design and first observations.

There was a bang on the office door and a nice courier driver handed over a rather odd shaped brown box. Inside was the new iMac that Apple has kindly lent us for a few weeks to try out. Although it's a loaner, the machine is new, so all the usual plastic wrappers had to be peeled off the cables, screen & keyboard e.t.c. 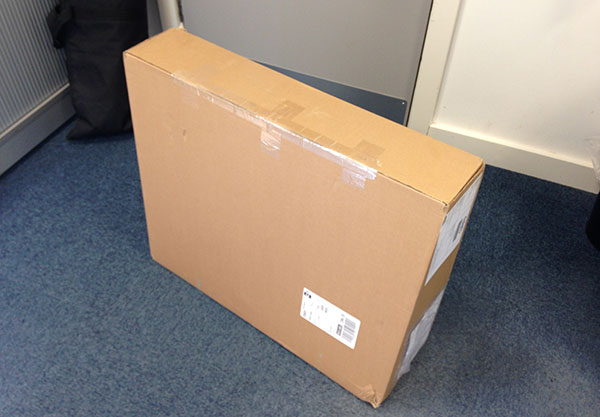 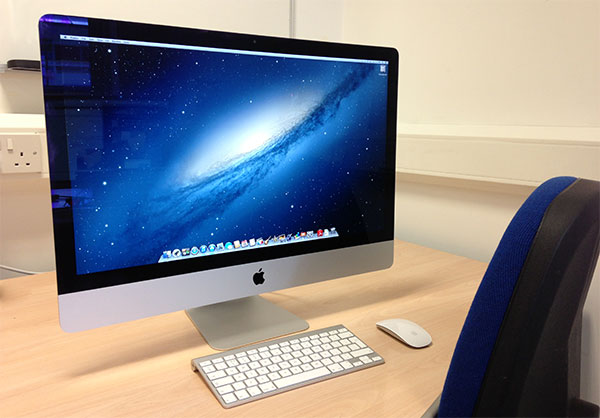 We were pleasantly surprised to find out that the model Apple have loaned us is a 27 inch 3.4 GHz Intel Core i7. It has 32 GB of RAM installed, a 3TB Fusion Drive and the NVIDIA GeForce GTX 680MX 2GB GDDR5 graphics card. A similar spec machine retails for about £2,700 on the Apple Store. 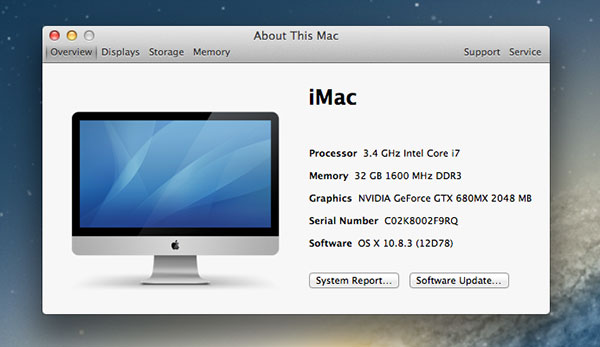 The machine came preloaded with 10.8.3 and the apps we would be using including FCPX, Motion, Compressor and also some apps we probably won't be using such as Aperture and Logic.

Next we did what anybody does who works with video and takes delivery of a new machine: Run the Blackmagic speed test! 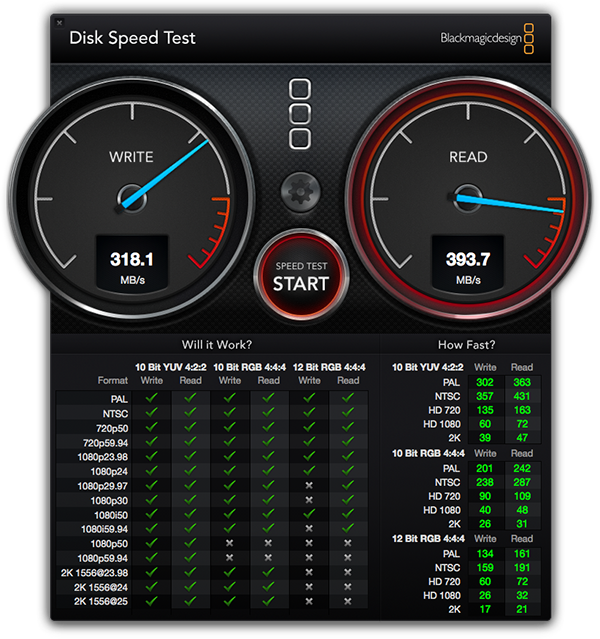 The 3TB Fusion Drive puts in some impressive results, but the test was carried out using a single 5GB file which would easily fit onto the flash side of the drive. You are not going to get this performance from longer video files that will have to be read from the spinning disk, but we would assume most users would have Thunderbolt connected drives for media anyway.

The Flash and spinning drive appear as just one disk and there are no settings to customise its operation. The transfer of regularly used files from the spinning drive to the flash media (and back) all happen automatically. The idea is to give flash drive performance with hard disk capacities on a budget.

Firing up Final Cut Pro X the first time to a blank project took seven seconds, succesive opens now take about three. One area where we have seen FCPX slow down is the creation of thumbnails in the Event and Project Library. All the thumbnails are cached into RAM and not written to disk so the Fusion Drive won't have any benefits there. It is another indicator that you should put as much RAM into your edit machine as possible.

Next up was to test was the graphics card. You might have read that we reported some users were having problems with the 2GB versions of the NVIDIA GeForce GTX 680MX. We spent a good 15 minutes trying to get the now infamous Pixie Dust title to crash the machine. It didn't although it did take a while for the iMac to respond on a few occasions, so it makes a good stress test. Maybe it was the 10.8.3 update that fixed the problem. 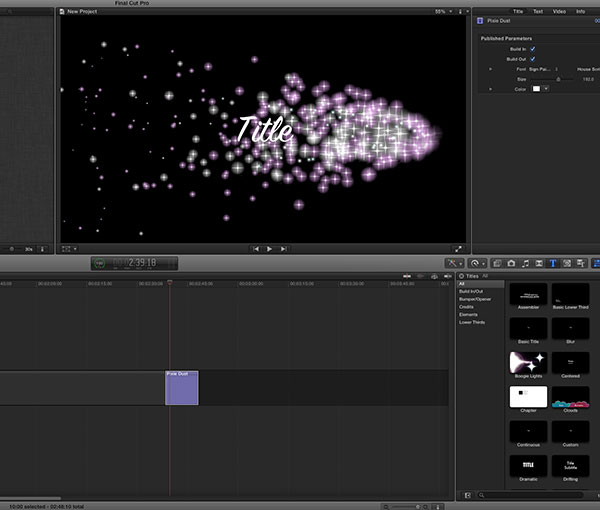 A couple of first observations. The machine does look stunning, but it is also remarkably quiet. If you've ever had a long edit session sitting next to a Mac Pro, then you'll know the relief when the machine finally gets turned off at the end of the day. Not so with the iMac although we will try to get the fans on maximum during a large render.

Secondly, although the screen has been bonded to the glass with a new process which reduces reflections, it isn't at retina resolution. This might not matter for the majority of users, but if you've been used to working on a retina MacBook Pro, then you'll find the screen on the iMac slightly soft.

So the new machine is up and running in the office and we will be providing more reports on how it performs over the next few weeks. We are looking forward to testing it out.