How do you tell FCPX
Axel

I got an eGPU and I
miko meloni

Diana Weynand's recent FCPX online course was very popular and she's now just announced a new three hour seminar that will concentrate on multicam editing. Of course, we also have a free place to give away to a lucky FCP.co reader!

We had great feedback from all angles (sorry) on Diana's recent Apple certified Final Cut Pro X training (FCP200). The live chat online helped a lot as students said they could talk in class! Based on the success, it's a natural progression that Diana has moved on and is now offering more online seminars focusing on subsets of FCPX's features.

Multicam Editing with Final Cut Pro X will be a three hour seminar scheduled for June 12th 0900 -1200 PST. The cost of the seminar is a very reasonable $19.99. If you cannot make the date, then you will be able to access the archived seminar for two weeks after the event. 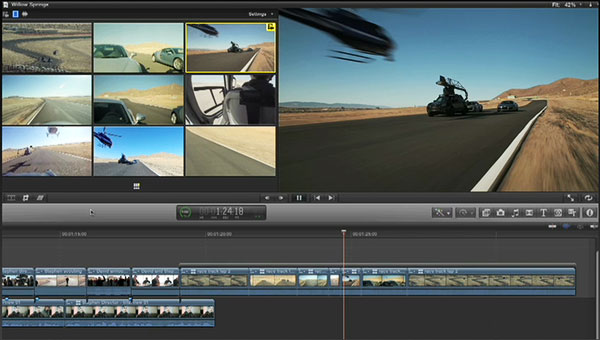 Students will be taught in a complete hands-on environment, working with multicam footage and learning how to edit as if you were in a classroom with your instructor.

Diana has also very kindly given us a place on the seminar to give away to a lucky FCP.co reader.

Congratulations to Rick @afterimages  THIS COMPETITION IS NOW CLOSED

To have a chance of winning the place on the seminar which is worth $19.99, all you have to do is tweet the title of this story and include @FCPdotCo in the tweet. The easiest way to do this is from the tweet button on the top left of the article. The winners will be picked at random from the tweets from now until Tuesday evening, so get tweeting!