Wide Gamut Worth The
drewboyd

Missing clip - or is
parkerhqj

My FCP has a weird p
davidottosvf

Red Giant have announced that PluralEyes 3 is shipping. The new version sports a new interface design as well as claimed performance speeds of up to 20x. New tutorials for FCP7 & FCPX too.

It is getting rather competitive in the media syncing software business. In the same week that WooWave caused a stir, a new version of PluralEyes has been released. Both apps and the internal syncing within FCPX take over the laborious work of lining multicamera clips up by analysing the audio waveforms and automatically synchronising them together. This is the first new release by Red Giant since the company acquired Singular Software.

Priced at $199 for new customers and $79 for upgrading from PluralEyes 2 and DualEyes, the app now has a new interface that users can monitor and identify sync problems in real time. Red Giant have also simplified the licencing by combining the standalone app DualEyes and making one licence work for all NLEs supported and all machines. A windows update for PluralEyes 3 will follow. 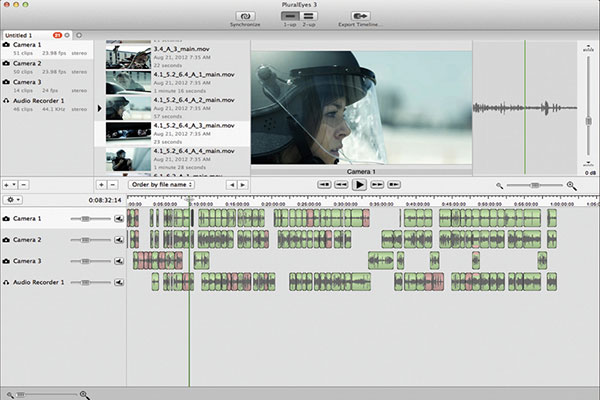 Now a raft of videos for you to watch. We will leave the new Seth Worley film Form 17 and the behind the scenes videos until after the FCP7 and FCPX tutorials.

And onto the traditional short film & BTS video