It has been a long time since the Mac mini got any love from Apple. Today at their special event, they announced a new Mac mini and a redesigned MacBook Air. Plus there was another announcement that catapults mobile editing to a new level.

To be honest, they announced more than that including new iPad products and a promotion of the Today at Apple workshops.

It also surprised us that the new Macs were the first products up to be featured and we will embed the video below when Apple makes it available on YouTube.

For Final Cut Pro X users, we are all thinking about the new Mac mini. Are the specs good enough for a reasonable editing experience?

Not too shabby, but the Intel UHD Graphics 630 GPU will probably determine how quick things will go. It is standard on all models.

Connectivity is excellent with 4 Thunderbolt 3 ports, an HDMI and two USB-A ports.

The option of having a 10GigE port propels the new machines to a new user and level as they will connect to fast servers. It is a $100 option. (Actually the standard specs include it)

Apple are quoting that the new machine will export Redcode Raw 3.6 times faster to ProRes 422 than the previous Dual-Core Mac mini.

Having said that, they have had a fair few months to catch up! 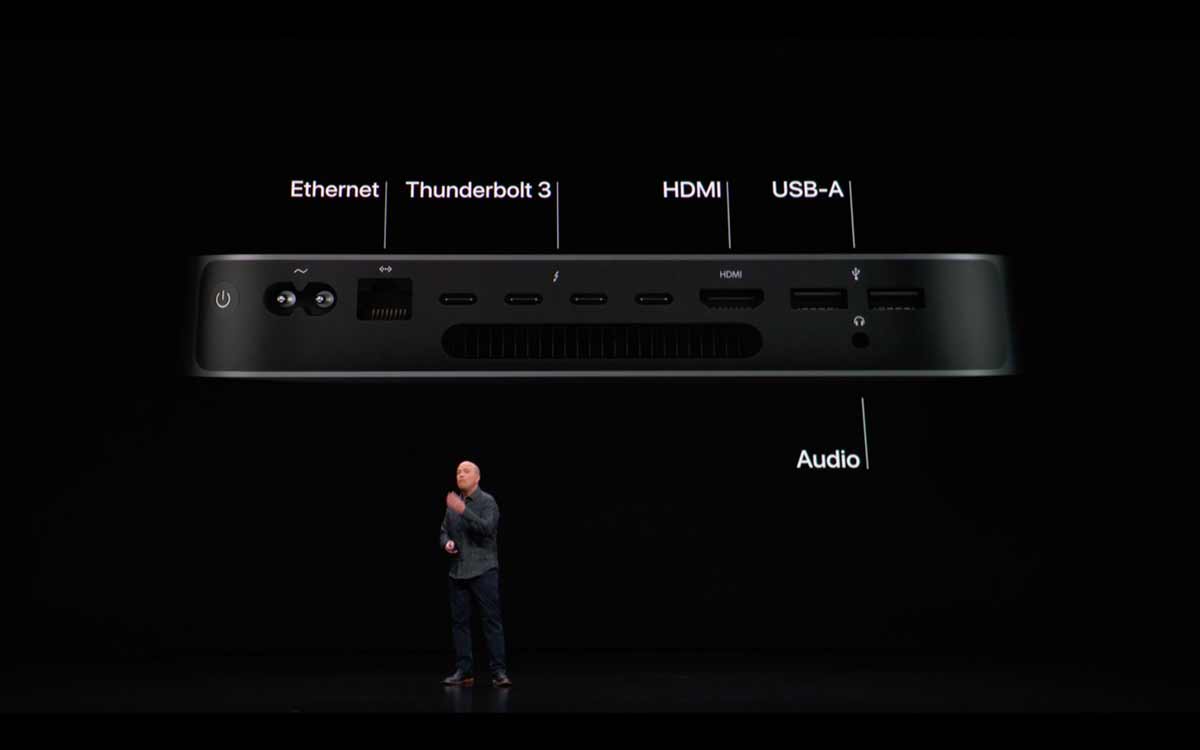 What was interesting in the new Mac mini announcement was the machines racked up in a three and sixteen combination. It might look like a 2018 XServe RAID, but could this slide give us a hint of what is coming in the future? 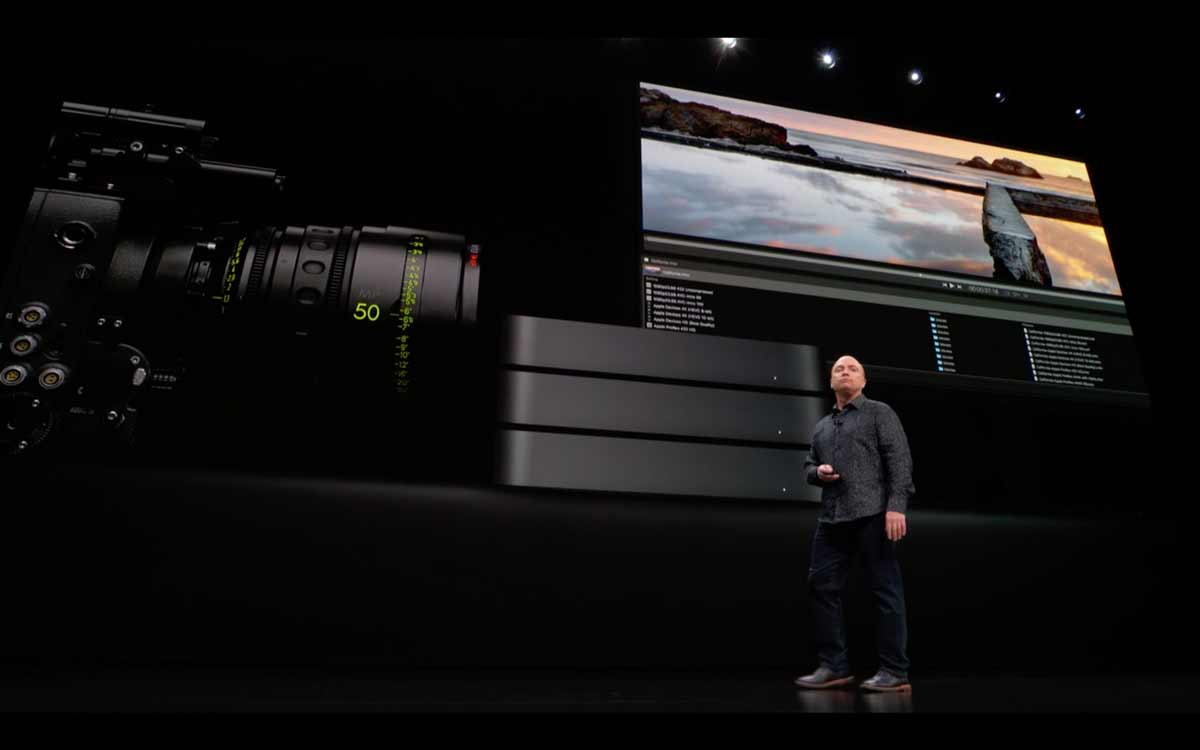 Are we on the verge of seeing distributed rendering back with multiple eGPUs? If so, let us hope that it makes an easier job of it than Qmaster. Apple specifically mention render farms on the Mac mini website. It might make the Creative Summit interesting :) 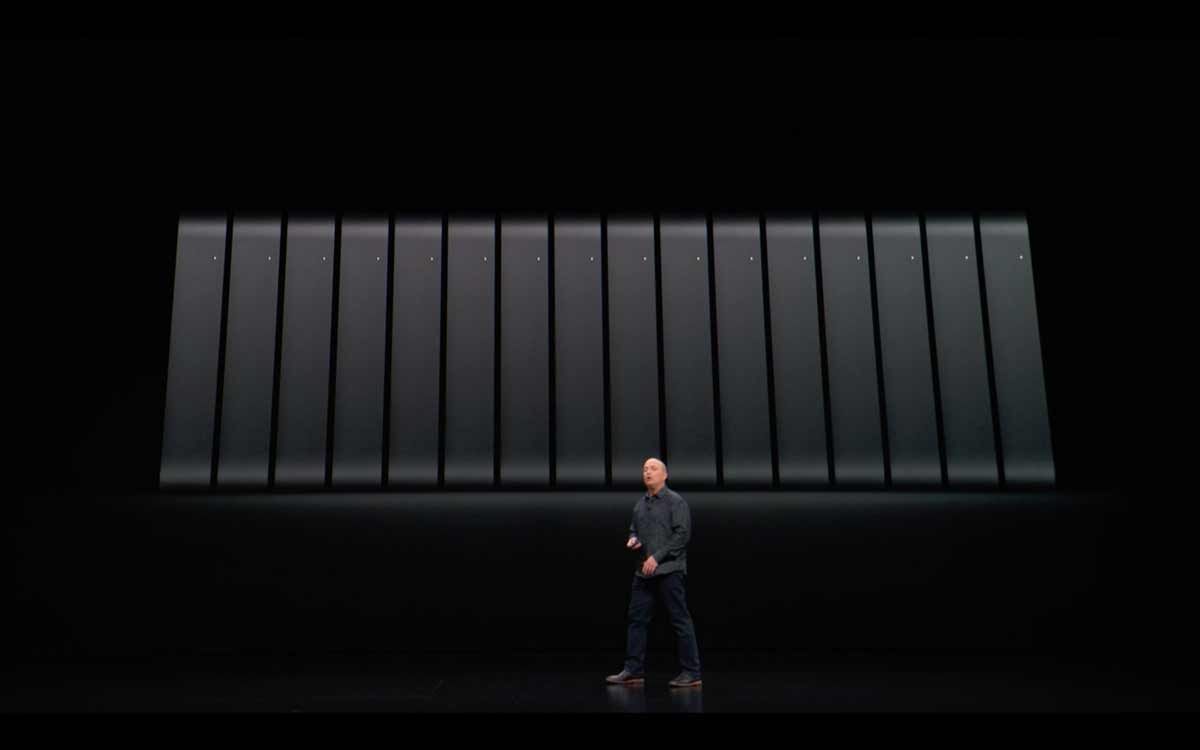 The Mac Mini starts at $799, it can be ordered today and will be available to buy next week. Worth keeping an eye on.

We have gone slightly out of order as Tim Cook proudly unveiled the new MacBook Air first. 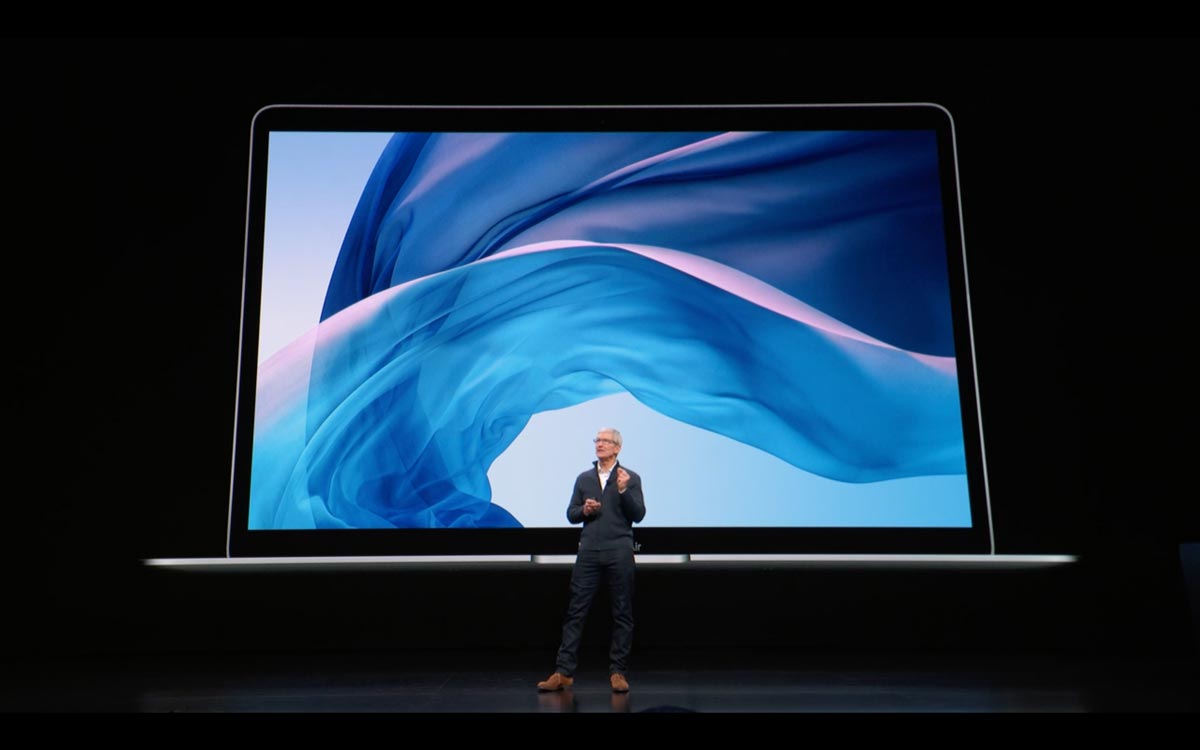 Made out of 100% recycled aluminium, the new MacBook Air has a new 2560 by 1600 13.3 inch retina display, quadrupling the amount of pixels from the previous version.

It is available with an eighth-generation Intel Core i5 processor, up to 16GB of memory and 1.5TB of SSD storage.

Connectivity is just two Thunderbolt 3 ports, but as both ports can run at up to 40GB/s, you can cascade peripherals.

Of course you can also connect FCPX to an external GPU with Mojave, so would this Mac make a great machine as a portable edit that gets more power when it returns to the office?

The new MacBook Air starts at  $1,199 and again is available to order this week and will be available to buy next week.

No mention of the new modular Mac Pro, but there was another announcement that made us think.

The new iPad Pro has a USB-C connection. That means two things.

1) The possibility of connecting an external display & peripherals . You can see iMovie running below. 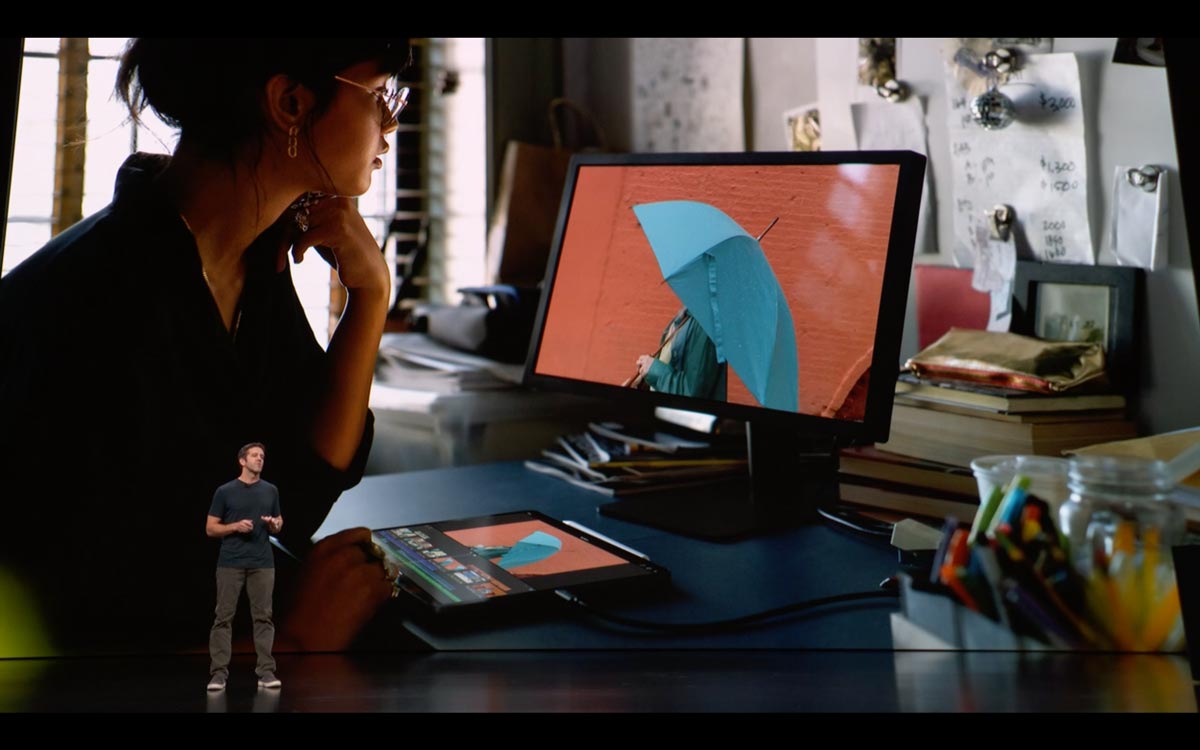 2) The possibility of connecting external storage. The lack of storage space has always been the downside of any creative app on the iPad. As pointed out in the comments, this isn't working today.

Finally, we might have missed it, but as mentioned in the comments, Apple has indicated that the MacBook Pros will be available with new GPUs in November. Maybe right after the FCPX Creative Summit???