Keywords from EVS in
willypimentel

Best all around plug
FCPX.guru

Some of the Lesser-Known New Features in Final Cut Pro 10.4

Completely inspired by a great thread on our popular Forum, we take a quick look at some of the lesser-known, but still important new features and improvements in the FCPX 10.4 update. You did know you could do GIFs from the timeline didn't you?

We don't think there are many (with the exception of a few idiots on Twitter) that won't agree that the recent 10.4 update to Final Cut Pro is a pretty solid one with some great new features.

Here's the official list of new features & improvements with the three main pro video apps.  (Is it us or did Apple not report any bug fixes?)

The new colour correction features, the 360, the HDR.. the list does go on, but a lot of the websites who scrape from press releases have missed quite a few things that will make our lives easier.

We can take no credit either for doing the detective work, that's down to the clever people on our thread, including Ben Balser who put this video together.

We think we have to pickup here that the ability to accept proxies from third-party software just might end up being one of the biggest new features in 10.4

Why? FCPX has been criticised for having a very good, but 'almost closed' proxy workflow. Yes there are workarounds, but the proxy generation used to only happen in the app itself.

What will this enable?

It is early days with this workflow and it would be good to see third party software being clever enough to work out which high resolution files to send from an exported XML of the finished edit from FCPX. Sounds like another opportunity for Greg & Philip - compare XMLs!

Is there any implementation of third party proxy generation at the moment? We would love to know.

As Ben went on to illustrate, the new Show Horizon is a great help. We thought it could only be used with the 360 viewer. Wrong! 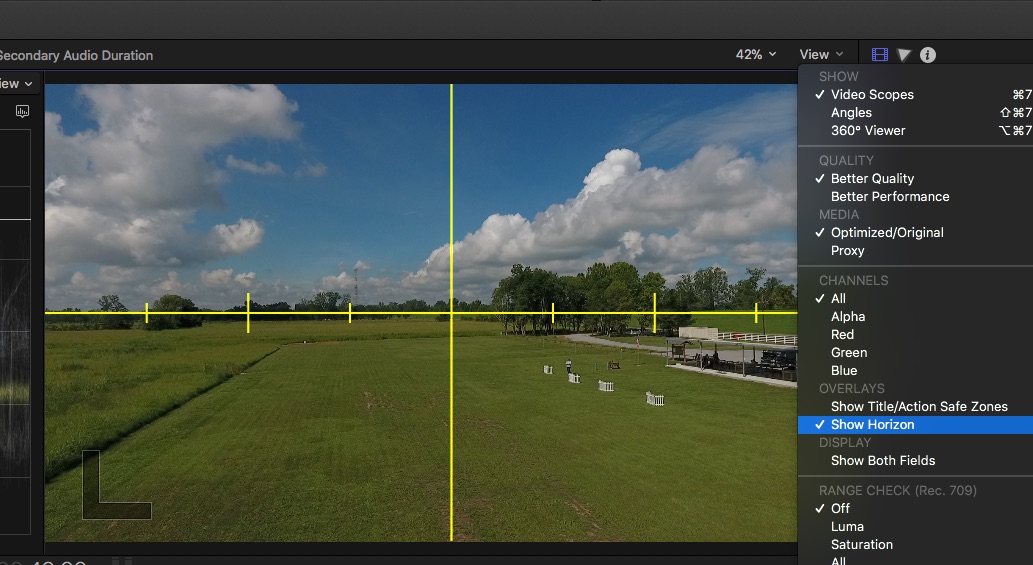 Shame there isn't an auto-levelling feature built-in, but Forum member (and a great Moderator) Karsten Schlüter has built a free FCPX plugin that does exactly that.

The issue with browser text disappearing has thankfully been fixed, but the audio component staircasing problem hasn't. A shame as it really wrecks the magnetic timeline vertical layout. 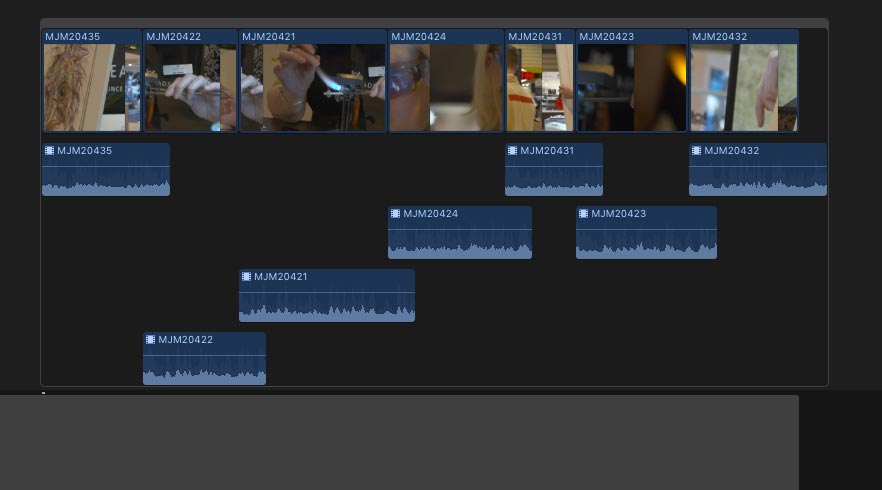 We also have to say chapeau to YakYakYak for spotting the new GIF export in Compressor. You can now make a Compressor preset to be used in FCPX that exports GIFs directly from the timeline. No extra plugins, no extra cost!

In a nutshell (we won't lower ourselves to jiffy jokes) all you have to do is select the Animated Image (Large) or Animated Image (Small) presets and publish those. The looping controls are included in Compressor.

The guys at the YYY have produced this tutorial which we think although it is in French, you should be able to follow along.

And just before we hit the publish button, we spotted this..  (That will be a new custom keyboard shortcut!)

Did #FCPX have a Copy Timecode option before 10.4? Bloody useful. pic.twitter.com/lAv7UoSDfs

So there are a few of the lesser known features that got fixed or updated in the last release.

Are there any more that you have spotted? Let us know in the comments below or join the thread on our Forum.