Tiliam research has taken the technology from their standalone stabilisation app called MotionBend and released a plugin for Final Cut Pro X and Motion.

You may recall a post here on FCP.co about a standalone app called MotionBend. This very clever motion smoothing and stabilisation technology has now been incorporated into a new Final Cut Pro X and Motion plugin. There's also a free trial so you can try out the plugin for yourselves.

We asked the developer, Lyndon Hill if he could tell us more about MotionBend and the new plugin. 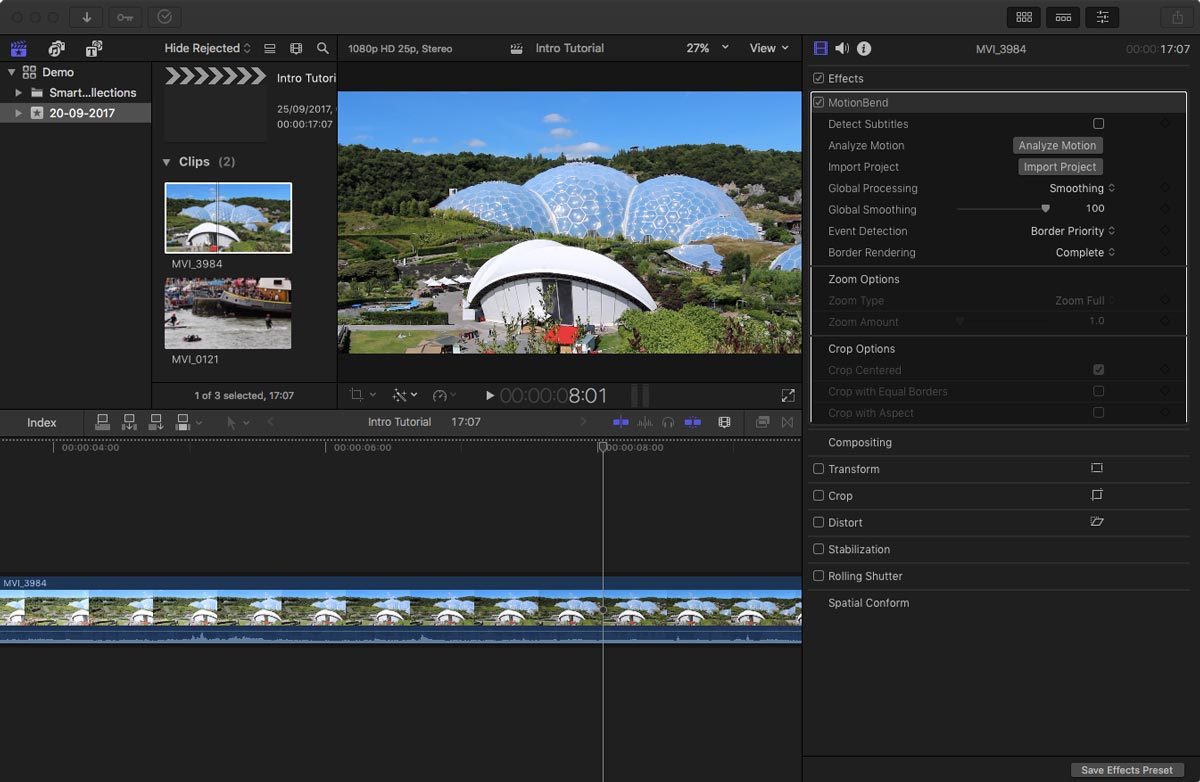 MotionBend is a video stabilization and motion editing tool. The majority of stabilizers have few options: on or off, a lot or a little, profiles for certain shots, etc. Our approach to stabilization is that while shake is distracting and must be dealt with, the editor is usually trying to obtain a certain visual look from the video. So why not make camerawork another thing that can be edited in post?

Shaky camerawork can include unintentional pans that smoothing alone cannot remove and sometimes when the action in the scene is unpredictable there can be intentional but retrospectively unwanted small pans.

For large scale camerawork edits in post you would need a full 3D reconstruction of the scene to avoid parallax errors. That would take a lot of computation and would be difficult to make robust, i.e. slow and prone to mistakes. For the small types of edits described above, we can get good results without a full 3D solution.

The challenge is twofold:

Most editors want good stabilization but aren't prepared to wait an age for it. If a clip is too shaky to be salvageable in a reasonable time frame then they will ditch it. But deep down they probably do want to be able to save every clip from the bin due to cost. When you've got *the shot* where it happened, you want to keep it. Speed vs accuracy is a trade-off that is probably the key differentiator between most stabilization software out there.

MotionBend is a stand-alone application for Mac, and now a plugin for Final Cut Pro X and Motion. The stand-alone version of MotionBend has line graph based motion editing that allows the user to see at a glance where the shaky motion is and to choose specific correction parameters for different sections of the clip. We think this style of interface goes some way to being a solution for the second challenge; there are a lot of ways we can extend it but we have to be careful to keep it easy to use.

Plugin for FCPX and Motion

The plugin mostly uses the same code as the stand-alone version. For the plugin we had to modify a number of our methods to work in a different sequence and that led to some changes in order to work efficiently. 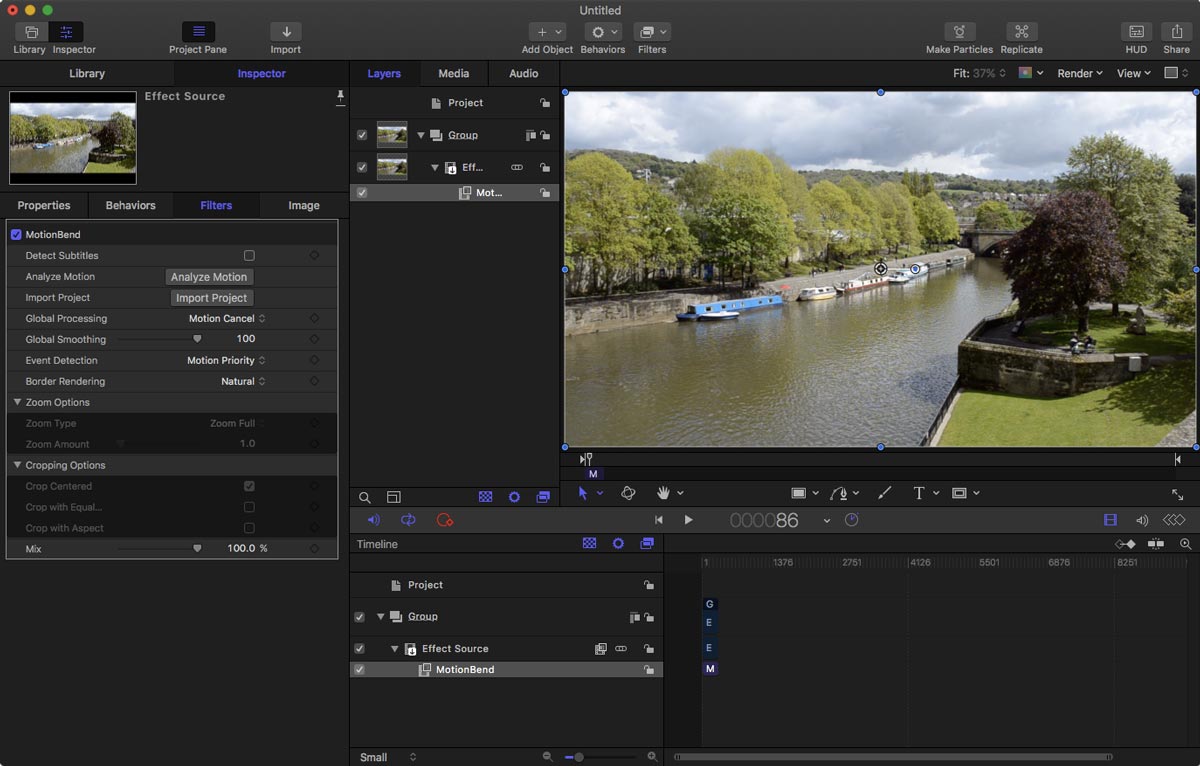 MotionBend has been in development for more than six years and in that time we have made about 30 updates as our implementation has matured. Internally there are 3 stages:

Compared to the built in stabilizer, MotionBend has arguably better quality and offers considerably more flexible options for both motion processing and rendering.

MotionBend features subtitle/caption detection and can be used with multicam clips. The plugin does not include the motion editing interface (yet) but you can use the import project feature to do motion editing in the stand-alone version and then transfer it to the plugin. This means that you can also take advantage of other stand-alone features such as the batch processor to analyze multiple clips and the region tools to advise the motion analysis of foreground objects.

If you buy MotionBend now you will receive a combined licence key for both stand-alone and plugin. ($119)

You can download MotionBend and try it out for free, output is watermarked. Please see http://www.motionbend.com