Is FCPX really that
Karsten Schlüter

Build custom LUTS and looks in Photoshop and use them in FCPX, Adobe Premiere Pro and After Effects

Unlimited Filters from Picture Instruments allows a user to build looks in Photoshop and then take the LUT grades and apply them in FCPX, Adobe's Premiere Pro and After Effects.

We have to admit, it took us a while to get our head around Unlimited Filters. In a nutshell, a user can build a look in Photoshop or any image editing software, then via the Unlimited Filters application, apply that look in Final Cut Pro X, Adobe Premiere Pro or After Effects.

So what exactly is a LUT? We quote Wikipedia

'3D lookup tables (3D LUTs) are used to map one colour space to another. They are commonly used to calculate preview colors for a monitor or digital projector of how an image will be reproduced on another display device, typically the final digitally projected image or release print of a movie. A 3D LUT is a 3D lattice of output RGB color values that can be indexed by sets of input RGB colour values.'

Time for a video as the author of the application has summed it all up quite nicely in six minutes.

Unlimited Filters is priced at $75, but to get the LUTs into FCPX you will also need a plugin such as Color Grading Central's $29 LUT Utility.

So not only can you make cross-NLE colour correction tools which would be good for collaborative work, you can make some very radical grades which would be hard to achieve without stacking up Colour Board instances. 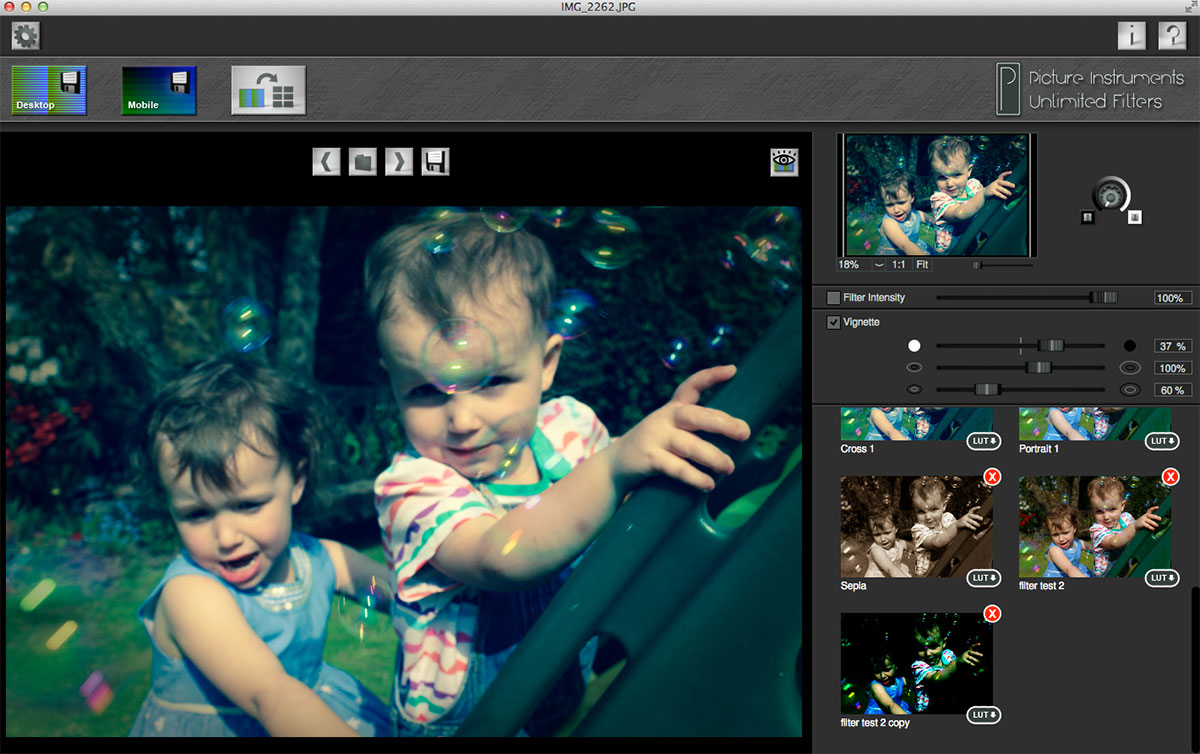 We had a good play with the app this morning, it's not as intuitive as you would expect, but there's great potential in there. We understand that LUTs can be built in Blackmagic Design's DaVinci Resolve, but editors might prefer the convenience of grading in Photoshop for example.

Unfortunately, there's no LUT import into Motion, so the construction of FCPX plugins isn't an option. Only the direct import using a third party importer such as LUT Utility is possible. Old Shake users will be familiar with LUTs as Apples' old compositing application allowed their import before it was EOL'd. So they have the code, maybe it might make its way into FCPX at a later date, although it would be the GPU and not the CPU doing the hard work. Adobe users can import the grades directly into both apps.

We will be watching the development of this product with interest.