Is FCPX really that
ronny courtens

Watch the full version of Brother Sister, shot on a Blackmagic Cinema Camera and post produced in FCPX

A few months ago, we posted a story about the short film 'Brother Sister.' Shot on a Blackmagic Cinema Camera and post produced in Final Cut Pro X, we now can publish the finished production.

Cast your mind back to September 2013 and we ran a story from Noam Kroll about his Sundance submission film 'Brother Sister.' Two things that were of interest to us, the film was shot on the then 'new' Blackmagic Cinema Camera and secondly the fact that it was post produced in Final Cut Pro X and graded in DaVinci Resolve.

Noam sent us an e-mail saying that the entire short has just been posted on Vimeo. He also gave us some more details on the production and some very good advice for people who want to enter short films into festivals.

But first, if you haven't read it before, please take a look at the original article which goes into a lot more detail about the shooting, workflow and post production on Brother Sister.

Noam takes up the story again:

'A few months back I decided to make a short film called ‘Brother Sister’ that was loosely based around two characters that I wrote into a feature film of the same name. While there were many differences in story and style between the feature script and the short film that I eventually made, the short wasn’t ever intended to serve as a prequel or teaser for the feature, but rather an experimental platform to test a number of creative, technical, and stylistic elements.

For example, I wanted to get our core cast on set together right away to develop chemistry between them, and to help me learn their language and habits. I also wanted to experiment with simultaneously directing and DP’ing (using the Blackmagic Cinema Camera, which I hadn’t used much before this shoot), and developing a RAW workflow for FCP X/DaVinci Resolve which I eventually used to edit and color the film. Overall, it was a fantastic experience and a great way to end off the year.

Since the film was completed in December, it has been submitted to a number of festivals and already screened here in Los Angeles. Although I am still waiting to hear back from the majority of the festivals that we submitted to, I’ve had a lot of readers ask me to share the film after watching the teaser that I shared a couple of months ago, so I decided to go ahead and release the full cut online.

Why would I release my film online when I am trying to do a festival run, you ask? There are a number of reasons. First off, having a premiere status for a short film is not nearly as important as it is for a feature film, so there is little or no risk of closing any festival doors by showcasing the film at this stage. And secondly, this isn’t my first short – I’ve completed a few others and have found that the response and results that I’ve had from sharing them online has largely trumped any festival experience that I’ve had.

The shorts that I make are often more experimental and the audience that wants to see that type of content is more easily able to find my work on sites like Vimeo than at a local film festival. I still plan to screen it at festivals throughout the year, and am very much looking forward to doing so, but truthfully I am more excited to get to share it now with a larger, more engaged audience as well as the regular readers of this site.' 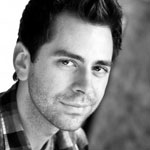 Noam Kroll is a Los Angeles based filmmaker and owner of the boutique production company, Creative Rebellion. A decade of working in the entertainment industry has led to the completion of over a hundred productions, ranging from commercials and music videos to television content and feature films. He has been awarded and recognized for his narrative work internationally, and his commercial and broadcast projects can be seen nationwide on television regularly.