How do you tell FCPX
Axel

I got an eGPU and I
miko meloni

Apple awarded a patent for a script analysis and planning tool

This week, Apple was awarded a patent in the US for a media production application that breaks down a script, logs actors and locations and then automatically schedules the production. Interesting.

Some people say that Apple are abandoning professional users. So why have they just been awarded a patent that performs a niche task in film production? US Patent number 8583605 was filed on June 15th 2010 (before FCPX's release) and granted this week on November the 12th 2013.

The abstract of the patent describes importing a script, then parsing to identify the story sections, characters and associating those with locations. Photos of each location can be brought in to the app to build a graphical outline (or timeline?) of the production. 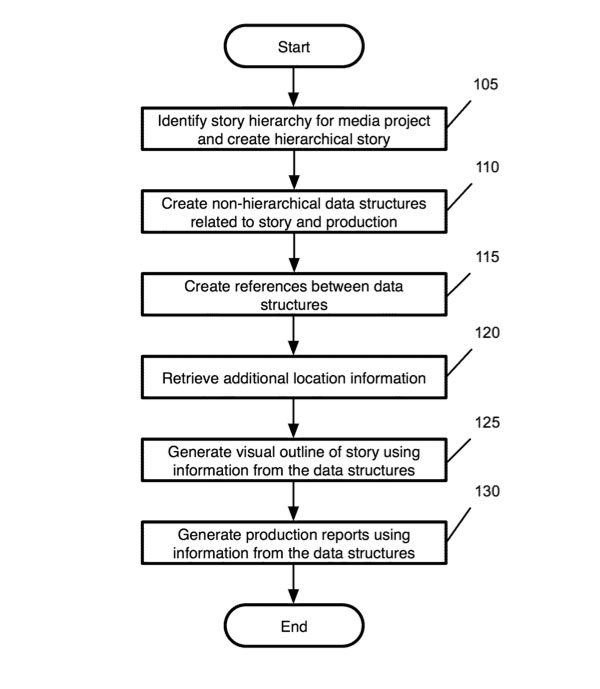 We would assume from having had a skim through the 48 page patent that the work would be done on a combination of iPads and a central server. Location photos get geotagged and then web searches can be performed based on that location. If you were shooting in a park for example, the web could provide the opening times. 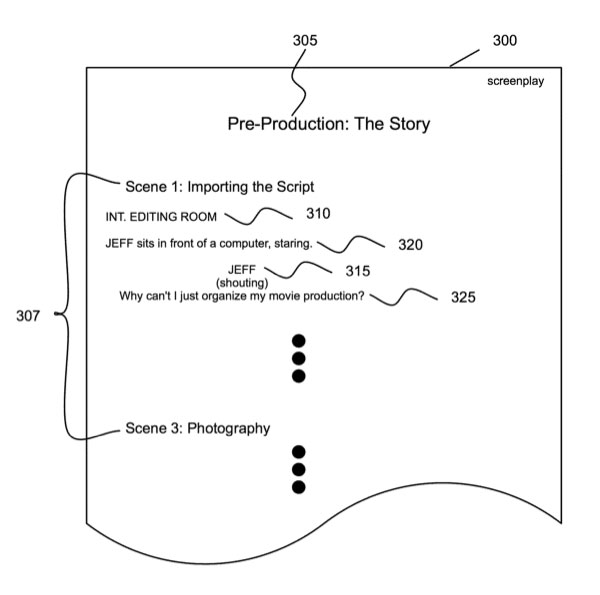 Will the application get full integration with not only Final Cut Pro X, but other apps such as iCal and Numbers? One diagram shows the application providing a calendar as well as cost analysis. 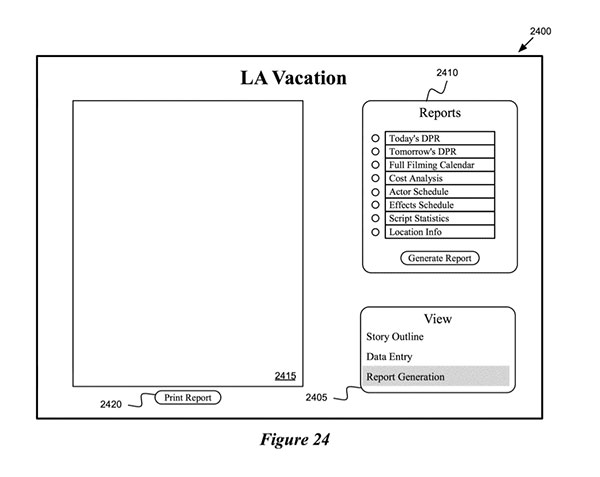 For us, what is most intriguing is the storyboard planner. 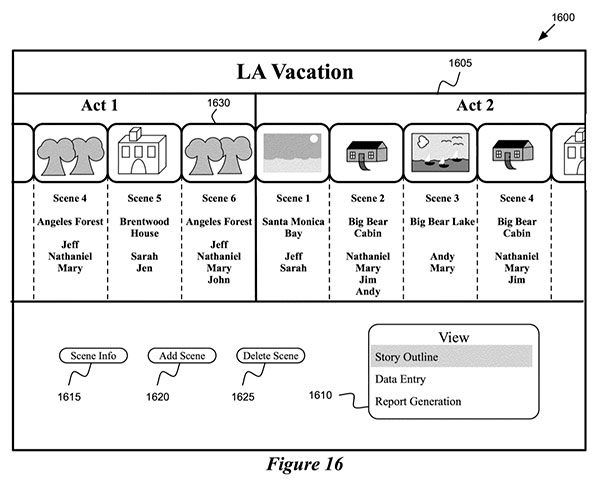 Is this a pre-production planner that information could be taken from and imported into FCPX? Scenes as keywords could be set up and then footage logged on location with iPads would automatically populate the selections in the Event. XML gets more than one mention in the document.

This is of course all speculation (and a bit of day dreaming) but it does prove that Apple aren't just concentrating on building better iPhones and iPads.

Will we ever see this app get published? We don't know, but a simplified version could make the planning, costing, shooting and logging of smaller productions easier.

Should any of our readers wish to do more digging, you will find the full patent here. We are off to Whois to check iScript and iLogger!