Wide Gamut Worth The
drewboyd

Missing clip - or is
parkerhqj

My FCP has a weird p
davidottosvf

Cantemo Portal has just had an update to version 1.6. Jonathan Eric Tyrrell takes a look at the new features which include FCPX project support in this popular Digital Asset Management tool. Portal is the Apple preferred DAM solution.

The last time I wrote about Final Cut Pro X and Portal it was to introduce the workflow between the two applications to a wider audience. All of us (FCP.co, Cantemo and I) were thrilled with the feedback we received, so a follow-up piece was always on the cards.

The news this time around is a little more than I expected in such a short space of time though. I’m rather excited to announce that the newly released Portal 1.6 has even better support and closer integration with FCPX. If your interest was piqued before, I’m certain you’ll be even more impressed with what we can do today. So much has improved that Cantemo and I have worked on a new video. This time around we show you how Portal can be used to manage and share Final Cut Pro X Projects as well as your media.

In the video you’ll see that multiple clips can be gathered into Collections in Portal, these clips can be marked with annotations directly in the web browser and then the entire collection can be sent in one action to Final Cut Pro. In FCP the Collection is transformed into an Event, all of the annotations appear as Keyword Collections and if you configure your metadata in Portal correctly certain metadata fields can also be sent across.

As I say in the video, this is a great way to make preselects before you step into the NLE. It also gives colleagues an opportunity to contribute to the editorial process without interrupting the editor. Because you have access to the entire clip in FCP, the editor isn’t overly restricted by the decisions made at an earlier stage either. 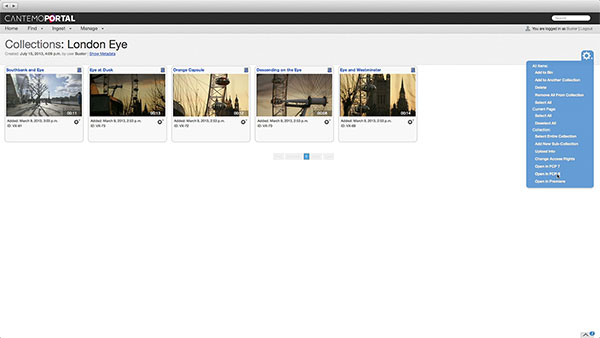 While the potential in sharing media and metadata is compelling, the new FCPX Project workflow is truly something to behold. If you recall the previous video, we demonstrated how a rough cut created in Portal could be sent to Final Cut Pro. Now you can take a project you’ve been working on in Final Cut Pro and send it back to Portal. All you need to do is export an XML file. That’s it. Portal handles all the rest.

As we’ve seen with other applications, this is where the promise of XML interchange to describe every aspect of the project really comes into its own. Portal is able to detect whether you’re using media it knows about on the server or if you’ve added new content. If there are new files, they get uploaded along with the project and you have a chance to add metadata as you go. For many of us, this solves many of the issues involved in managing Final Cut Pro X in a larger organisation and sharing Projects amongst teams. It’s a significant piece of the puzzle. The intention of FCPXML is to enable this type of integration. Today, with Portal, Cantemo have that fulfilled the promise. 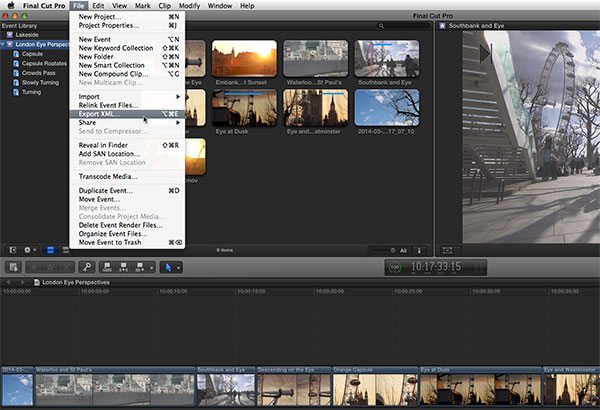 Once the Final Cut Pro X project is stored in Portal, it can be accessed as any other item. It will appear in searches and can be shared with other users. If another user chooses to open the project the XML process is reversed, sending both the project and any associated events to FCP X. The only trick is that if a user has never opened a project before they’ll need to modify event references. As the video demonstrates it’s a trivial process and the benefits that the workflow bestows quickly mitigate the mild inconvenience. 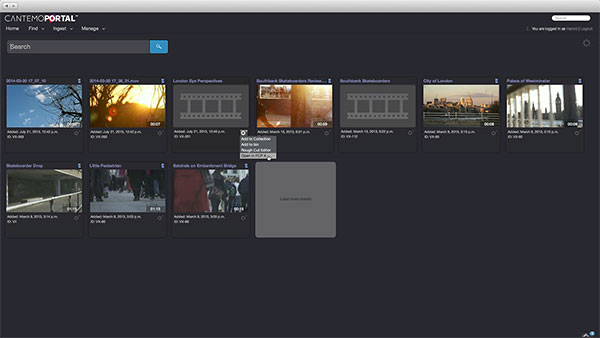 I’ve been working with this new integration solution since it was first previewed at NAB in April and I can categorically state that it’s a solid update. I have no doubt that Portal will continue to turn heads because of it. To see Cantemo so involved with Final Cut Pro X and invested in contributing to the ecosystem is inspiring. I know a number of my clients are very interested to start working with this tool and I’m confident a number of you will be too.

Jonathan Eric Tyrrell is a filmmaker, consultant and trainer who writes at postpost.tv. He recently relocated back to Vancouver, British Columbia and is available for consulting if you’d like to get in touch.