Is FCPX really that
Redifer

I got an eGPU and I
Buhardilla
✎ Latest Free FCPX Effects

Editing 4K Red in Final Cut Pro 10.1 on a MacBook Pro and uploading to YouTube in 4k

When Stephen Gray got in contact with us saying he had edited a short test film in RED 4K on Final Cut Pro X 10.1 and uploaded it to YouTube in 4K, we were impressed. FCP 10.1 was less than 24 hours old!

The first thing we did when Stephen At First Sight Films sent us the link was to go fullscreen to watch the video. The pictures are great and the graphics are pin-sharp at that huge resolution. Take a look on the largest monitor you can find:

We will let Stephen take up the story:

Our team was pretty thrilled hearing about all the latest features in this major update by Apple in Final Cut Pro X. Vertical Online had already shared some of their stories on YouTube viewable in full 4K (featured on FCP.CO here). We wanted to quickly test the workflow beginning with a new project, edit, colour and mix the film in the 10.1 version of FCPX and publish directly to YouTube in 4K. 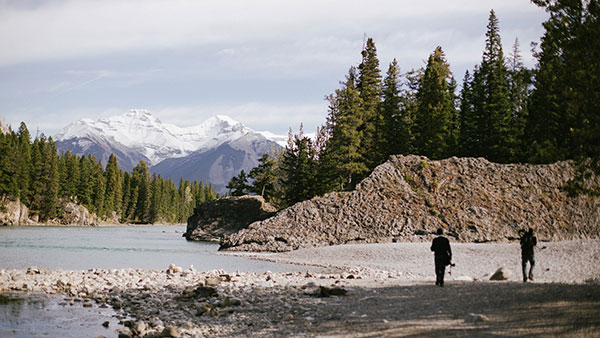 We had just finished filming a story out in wonderful Banff, Alberta and thought this would be the perfect project to test some unused footage with. I decided to test this edit on a mobile set up using only a 15″ Retina MacBook Pro since Apple had boasted a massive performance update. 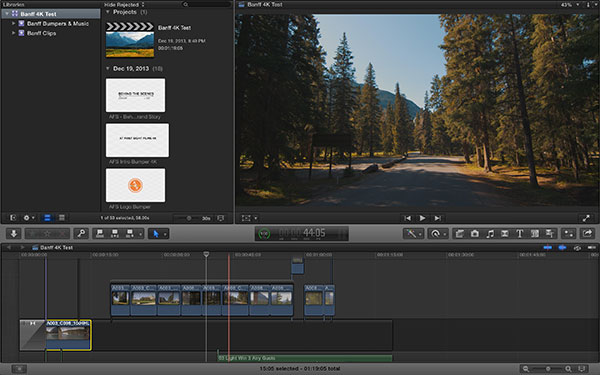 Initial editing was butter smooth. I experienced no delay editing raw r3d files, where as before working on the laptop I would experience dropped frames fairly often. It was only when I started stabilizing clips and adding colour correction when I noticed delays in performance. But that’s fairly understandable. It’s no Mac Pro and I was comfortable making adjustments then waiting for that clip to render to preview.

Apple introduced a few more options for Stabilization, one being InertiaCam which worked better on tracking shots. In this clip (which I was hand holding out the sunroof of an SUV), I found it stabilized some of the shot incredibly and others with fairly noticeable errors. The tree jumps around at the top of the frame quite a bit in this shot.

In other clips which were mostly either handheld or filmed with a monopod, stabilization worked really well. Much better than previous version of Final Cut Pro X.

Exporting directly to YouTube and Vimeo has worked out beautifully within FCPX in previous versions. With this update, we wanted to test an export directly to YouTube in 4K. Unfortunately, we were only able to find an option to upload in 1080P as the highest resolution using the native YouTube export option. 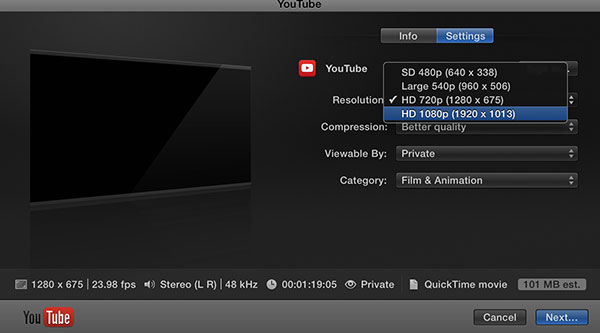 So in additional compressor settings, Apple has included a Youtube/Vimeo streaming compression option for 4K content in their compressor default Video Sharing Services settings, so at least exporting and manually uploading the file is an option. 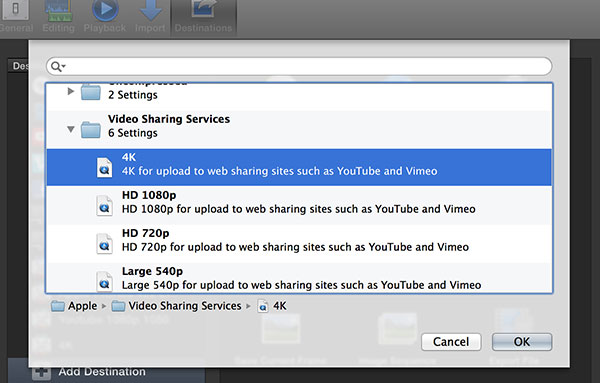