Sam Mestman has no doubt that FCPX works, so confident that he is organising a same named event for the start of his new company in January that's free for all to attend.

Sam wrote the most popular article on FCP.co in 2013 so far. FCPX in Bulgaria, a new kind of professional, has been read by an enormous amount of people around the world. It ruffled some feathers in the industry, but it was an insight into the way film production will happen in the next few years.

Following on from those thoughts, Sam is organising a special FCPX presentation on January the 25th in Los Angeles. He will be launching FCPWORKS, a company dedicated to providing FCPX training, service support and workflow consultation.

He's put together an article that describes the background behind FCPWORKS.

You can't have sound in movies.

You can't have color in movies.

You can't edit a movie with a computer.

All of these 'facts' were once accepted truths in the business of making movies. They might sound a little ridiculous now in hindsight. Here’s another one you can start laughing about:

Right now, the post-production world is in a state of massive technological change. Managing massive change is an editor’s business. The ones who can manage massive change best are the ones who typically enjoy the greatest longevity in our industry.

Our industry also went through a huge change in 1989 when computers revolutionized editing from a linear and physical process to a non-linear, digital one. That change itself was significant, but editing software was generally designed to mimic the physical metaphors it replaced — bins, tracks, reels, source/record decks…etc. Improvements were made to the speed and efficiency of the software over time, but the basic functional paradigms remained essentially unchanged for a couple of decades...

Love it or not, Final Cut Pro X took a different approach to editing. It automates a lot of the organizational work that editors need to do before the edit can actually begin. No more days spent transcoding, syncing, and renaming. It's about being able to sit down and just edit, and being able to spend more time on what goes on the screen, which is the only thing the audience actually cares about.

The truth is that I can't tell you how many editors I've run into who've made the switch over to Final Cut Pro X and tell me "you know, editing is actually fun again".   And that's without the new Mac Pro.  When you combine that new machine with existing innovations like the Magnetic Timeline, smart collections, advanced uses for metadata, and real time effects without rendering, Final Cut Pro X opens up doors in post production to workflows that simply weren't possible previously .

You see, there's one small issue that we've found when it comes to managing change. It's really hard to feel secure when you're learning something new, and it takes a while to really see the benefits of a new approach.  It's a leap of faith that many people often don't have the luxury of taking in a professional environment.  The fact is that pro editors need proven solutions and established workflows in order to feel comfortable putting their clients in a new software's hands.  Regardless of how cool some new tool is, it's only going to be helpful if you know how to use it.  FCPWORKS wants to be your crash test dummy.  We want to figure out what works and what doesn't so you never need to be in that situation with a client.

At the end of the day, an editing solution is about more than just the software. It’s also the hardware, configuration, training, finishing tools, third party utilities, cameras, networking infrastructure, workflows and everything else that comes with it. It’s how all of these components work together from beginning to end to bring a production from script to finished product.

Now, that's a lot of talk.  Talk is cheap, and as editors, we believe in showing rather than telling. So, if you want to see a new version of Final Cut Pro X in action running on a new Mac Pro playing back 6K RED Dragon footage on a 4K projector via AJA hardware; cutting an absurd number of streams of multicam 4K footage natively in realtime; moving in and out of DaVinci Resolve seamlessly in a high end Quantum SAN environment (as well as some other things we haven’t released yet)— you'll want to come to the FCPWORKS launch event on Saturday, January 25th at Unici Casa in Los Angeles.

We’ll be offering our presentation 3 times during the day at 11:00 AM,  3:00 PM and at 7:00 PM to accommodate your schedule. For more information and to reserve your free admission ticket, please visit:

If you’ve been waiting for something cool to happen in post-production, this is going to be the place to be. Apple will be there.  We hope to see you there as well. 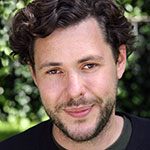 Sam Mestman has worked for Apple, ESPN, "Glee," and Break.com, to name a few, and is now one of the people behind FCPWorks, a workflow, training, and pro video solutions provider built around FCP X and the Apple Ecosystem.  He's also a regular writer for FCP.co and MovieMaker Magazine, teaches post workflow at RED's REDucation classes, and is the founder and CEO of We Make Movies (www.wemakemovies.org), a film collective in Los Angeles and Toronto which is dedicated to making the movie industry not suck.  If you’ve got any FCP X questions, or need some help putting together a system, drop him an email at This email address is being protected from spambots. You need JavaScript enabled to view it.